Changes on the horizon

It was warm and windy on Wednesday and we’re going to do that again on Thursday. However, a cold front is ready to sweep across the state Thursday and that will give much of eastern Nebraska a storm chance late Thursday and then much cooler air moves in for Friday. More rain chances will come our way late Friday into early Saturday with a few snowflakes trying to mix in, as well. After that, the temperatures moderate into next week with plenty of sunshine. 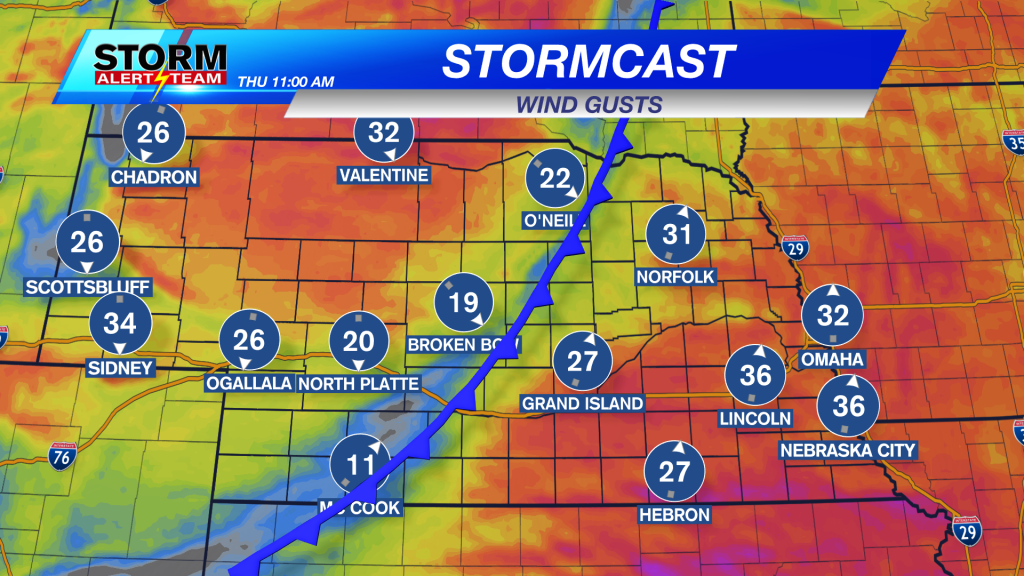 Wind will still be an issue until that cold front sweeps across the state. Once it does, the wind will die down a little bit and be out of the north at 15-30 mph. Also, much colder air will rush in for Friday. 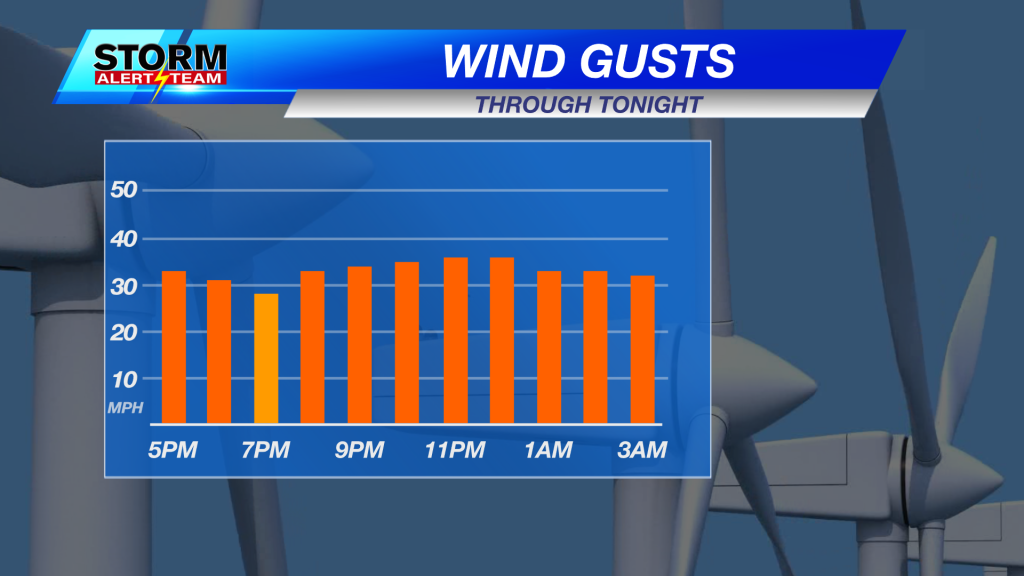 For tonight into early Thursday, the wind will be consistently gusting in the 25 to 35 mph range. This will also continue into Thursday afternoon. 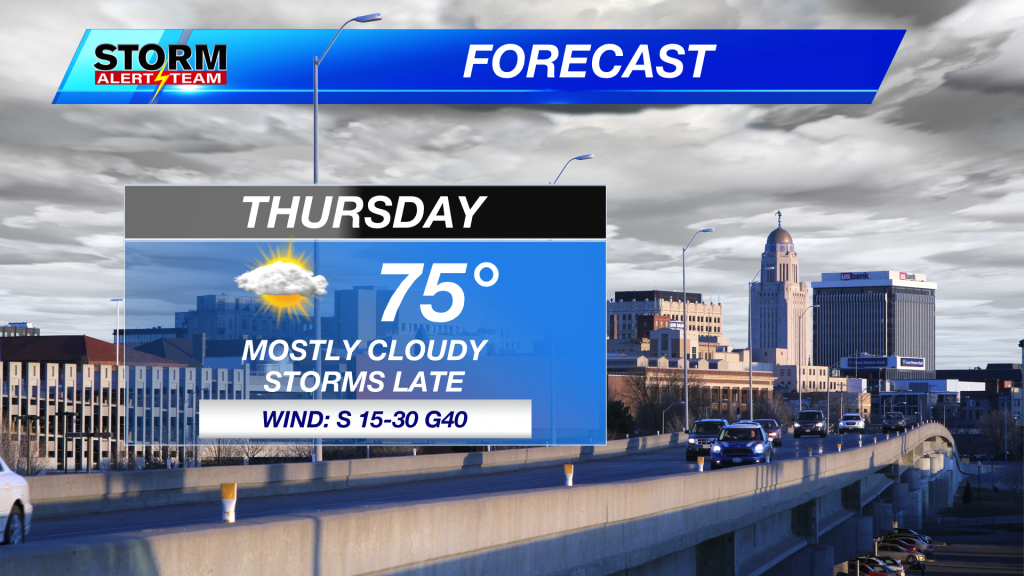 It will once again be very warm and windy on Thursday with mostly cloudy skies. The chance for storms kicks in later in the day, likely after dark. 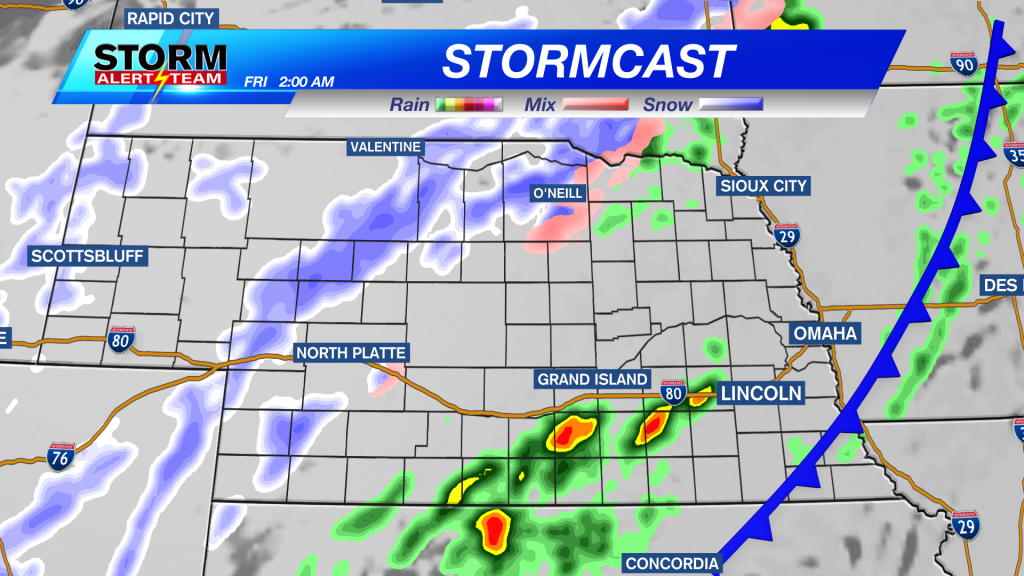 Above is what Stormcast is saying the timing will be for storms to show in in south central and SE Nebraska. This particular model has it well after midnight…with some snow in parts of the state! 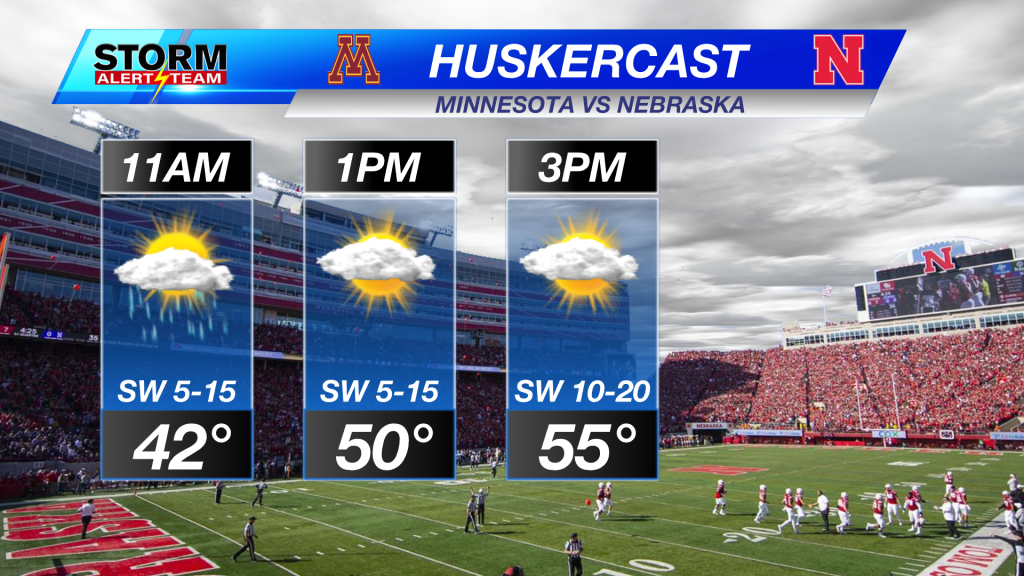 Looking ahead to Saturday and the Husker game, there a chance at some lingering showers early, but much of the day will be dry and cool.