CO2 emissions hit highest level ever measured in May

In May 2021, the amount of carbon dioxide in the atmosphere hit the highest level ever measured

LINCOLN, Neb. (KLKN)- In May 2021, the amount of carbon dioxide in the atmosphere hit the highest level ever measured, showing us the pandemic didn’t decrease the overall CO2 emissions–despite the pause of economies globally for months.

Data from the National Oceanic & Atmospheric Administration and the Scripps Institution of Oceanography released on Monday, atmospheric carbon dioxide hit a monthly average of 419 parts per million in May 2021. 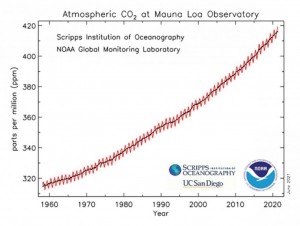 “We are adding roughly 40 billion metric tons of CO2 pollution to the atmosphere per year,” Peter Tans, senior scientist with NOAA’s global monitoring lab, said in a statement.

“That is a mountain of carbon that we dig up out of the Earth, burn and release into the atmosphere as CO2 — year after year. If we want to avoid catastrophic climate change, the highest priority must be to reduce CO2 pollution to zero at the earliest possible date.”

Since 1958, NOAA and Scripps have been measuring CO2 levels from the Mauna Loa Observatory and say that, despite efforts to combat climate change and the economic pause that came as a result of the global pandemic, levels are still rising. 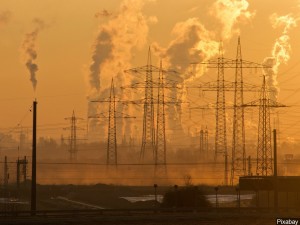 Carbon dioxide is the most abundant greenhouse gas in the Earth’s atmosphere. Activities like burning fossil fuels to generate electricity, burning oil for transportation, agriculture, deforestation, and industrial activity like manufacturing are adding to the CO2 in the atmosphere, according to NOAA.

MORE: Swaths of internet down, outage at cloud company Fastly

Heat is trapped in our atmosphere by CO2 and other greenhouse gases, leading to an increase in average temperatures globally and consequences like rising sea levels, ocean acidification, and decreasing amounts of Arctic sea ice.

High CO2 levels aren’t new for May through–spring and summer in the northern hemisphere means more plants began to release CO2 from the atmosphere in the following months.

Intersections with the highest amount of crashes in Lincoln