Although many did not reach the 90s on Friday, most welcomed 90°+ heat on Saturday. Lincoln managed to get into the mid-90s, with heat index values in the upper-90s during the afternoon. Grand Island reached 99°, which ties a record high set back in 1939.

Clouds begin to increase late Saturday and into Sunday morning. While southeast Nebraska remains mostly dry overnight, there may be some stray showers in the area by Sunday morning. Low temperatures will be near 66° in Lincoln. 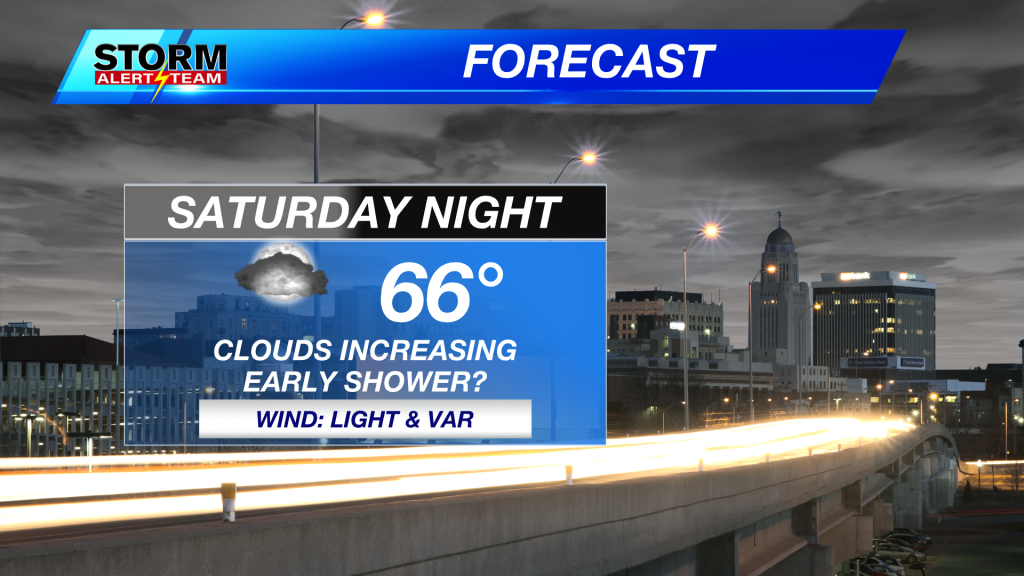 A cold front marches through the area on Sunday. As a result, a stray shower is possible Sunday morning. We cannot rule out an isolated shower into the afternoon as well.

Understand that these are very small rain chances. As a result, it is unlikely that many will receive any meaningful rainfall out of these showers. Stormcast suggests only a few hundredths of an inch of rain in some locations, with most seeing no measurable rainfall. 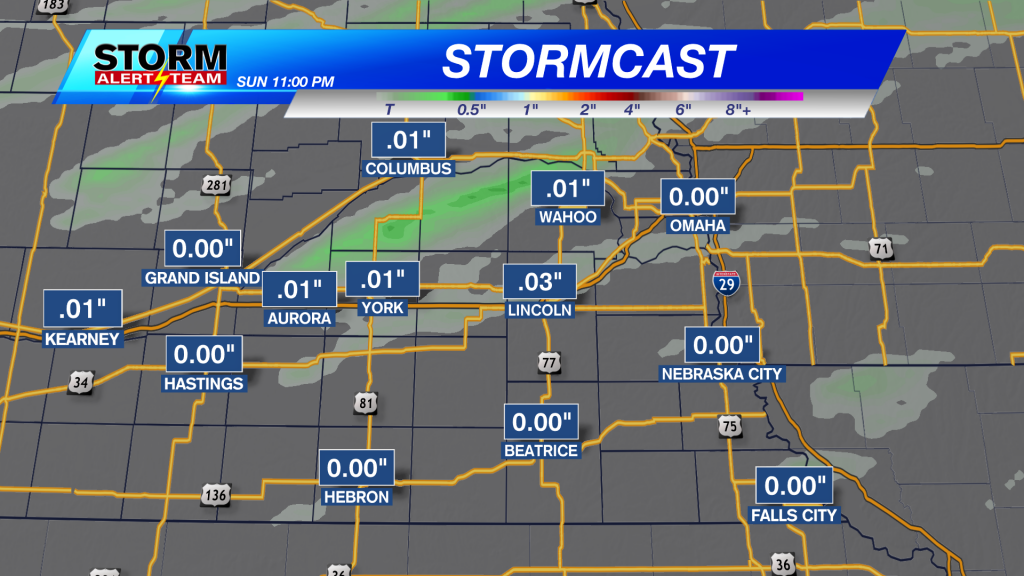 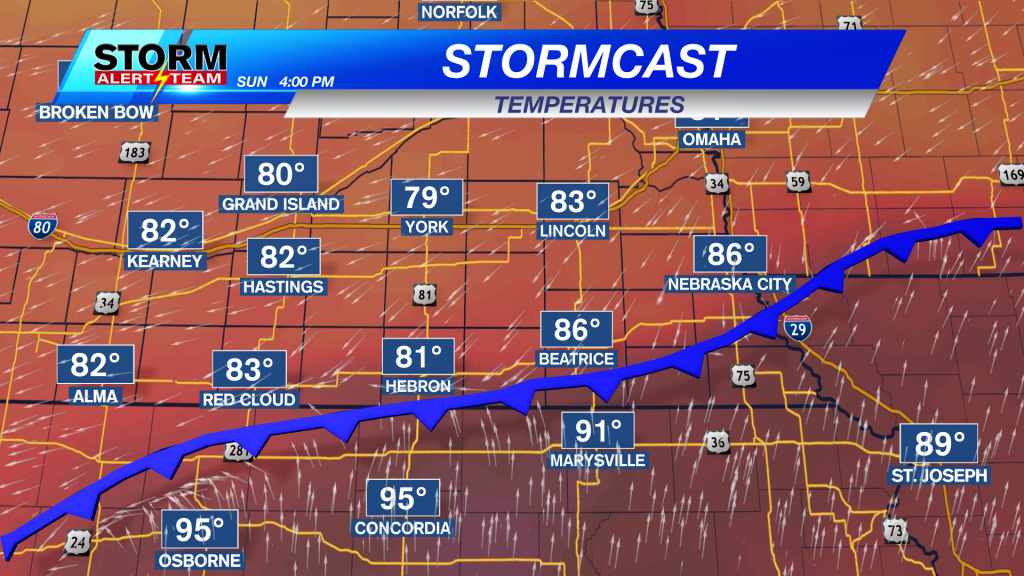 The timing of the front is important. If the front is slow to arrive, we may end up being considerably warmer. That said, I think that Sunday will be cooler than Saturday.

We’re forecasting a high of 82° right now, but that forecast relies on the passage of the cold front! We should be partly, if not mostly, cloudy throughout much of Sunday. 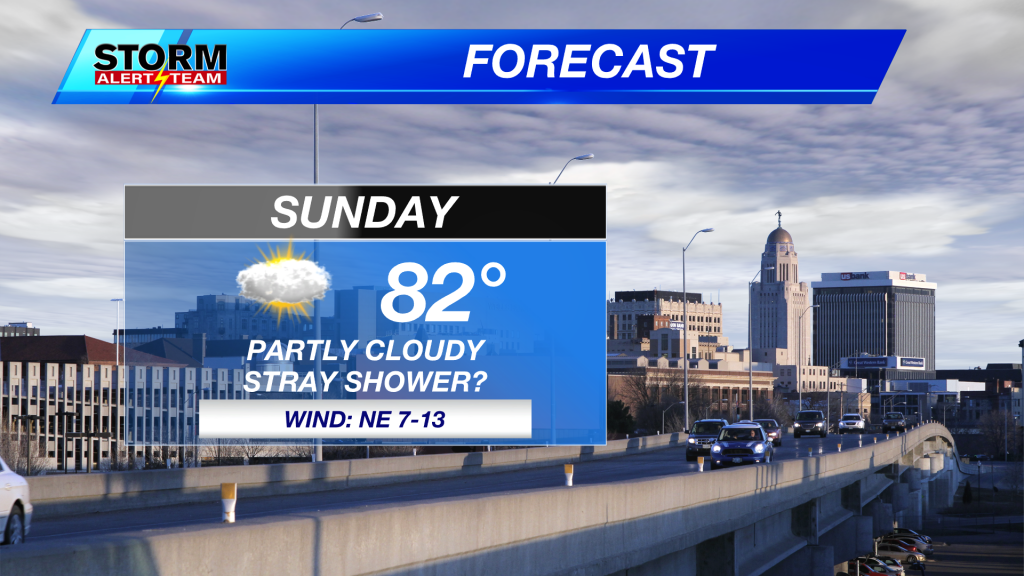 We’ll keep small rain chances into Monday, and a slightly better chance for rain on Tuesday. As of right now, things appear to dry out by Wednesday with high temperatures in the upper 70s by then.