After a record-breaking day of heat, we’re continuing to stay warm on Tuesday. Temperatures started out in the upper-70s to low-80s once again across southeast Nebraska. We do have a cold front lurking to the west, which will make the weather a bit more “interesting” on Tuesday afternoon and evening.

While conditions remain breezy for the morning, winds will start to taper off as the cold front nears. We expect less breezy conditions for the afternoon in Lincoln. The cold front will also allow high temperatures to be slightly cooler. We’ll ditch the triple-digit heat for the 90s on Tuesday. 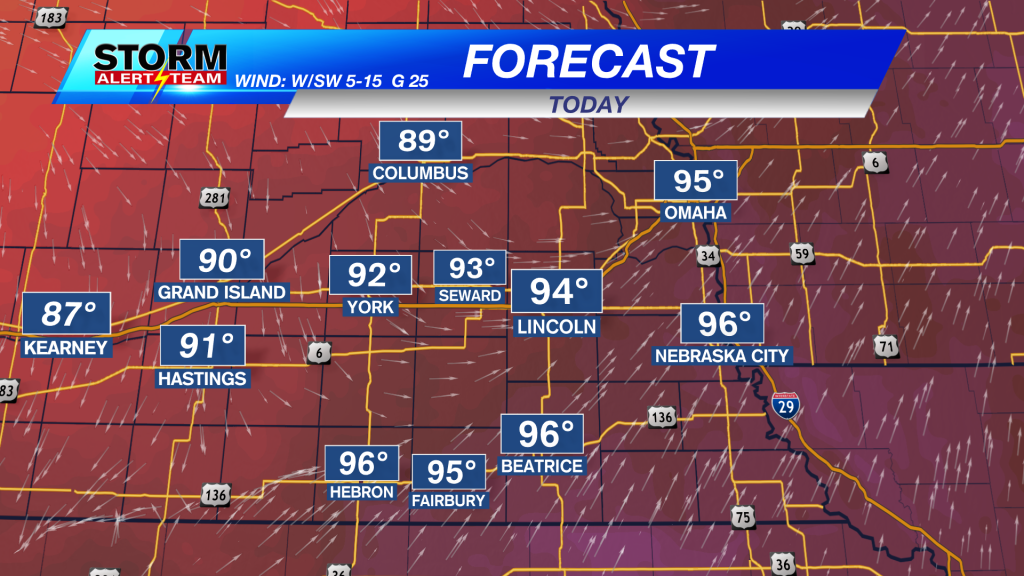 For the vast majority of the day, skies will be mostly sunny. However, we may see some storms fire along the cold front late Tuesday evening, likely after the 7 p.m. timeframe. 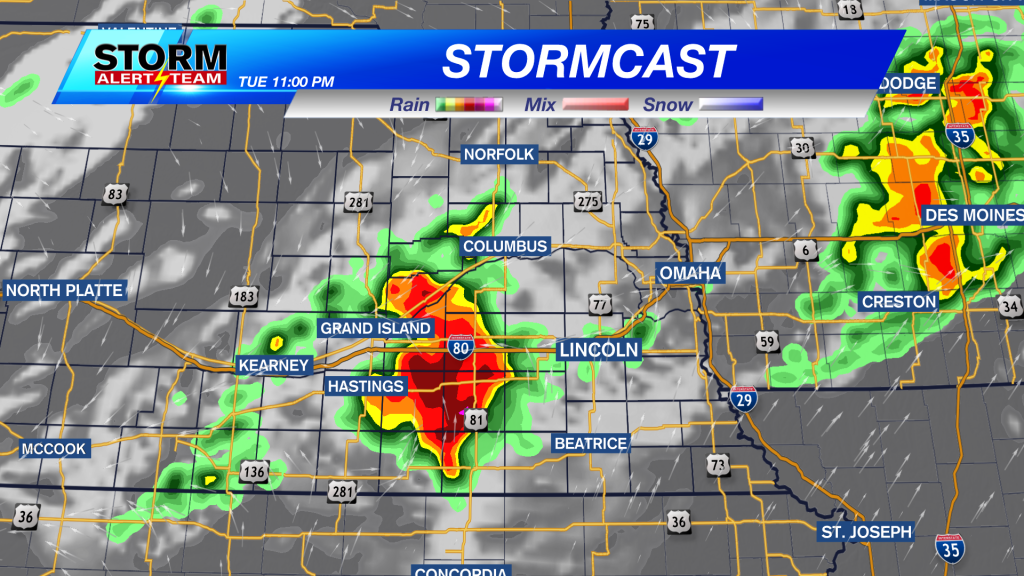 These storms will remain possible going into the overnight hours. That said, storms will gradually lift to the north as the night wears on. We’re likely done with storms in Lincoln by the morning commute on Wednesday.

Anyone seeing storms also has the chance to see some severe weather as well. Large hail seems to be the main concern, along with gusty winds. In far southeast Nebraska, an isolated tornado cannot be ruled out if storms can develop there in the first place. The Storm Prediction Center has placed much of eastern Nebraska under a “slight” risk for severe weather. 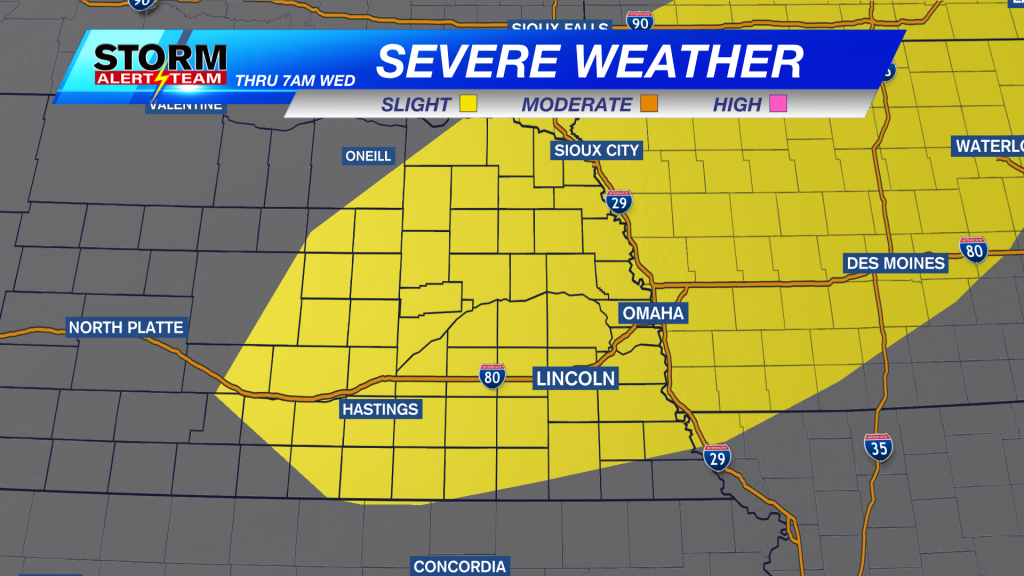 Temperatures will be cooler on Wednesday, back into the 80s for highs. However, this is a short-lived cooldown. We’re back up into the 90s on Thursday.