While the weather remains warm and breezy on Thursday, a cold front is nearing. This will result in big changes going forward, with a lot of moving parts to the forecast.

Highs in southeast Nebraska will once again reach the 70s. For areas closer to the Tri-Cities, the 70s might be a tougher bet as a cold front will arrive during the afternoon. It will also remain windy, with afternoon gusts of around 30-40 mph looking likely. 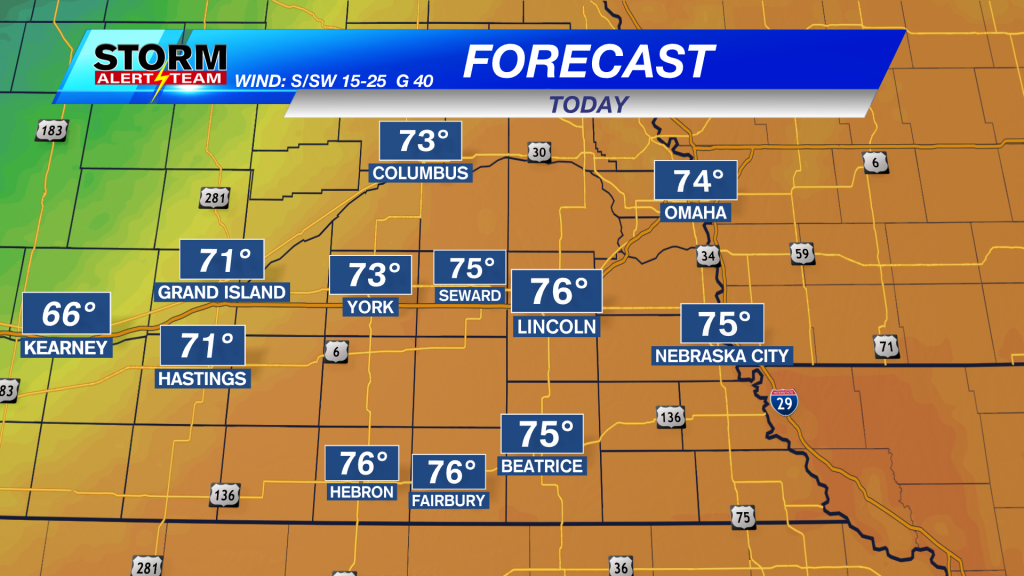 Clouds will thicken through Thursday afternoon as the front approaches. There is a chance to see a spotty shower or storm this evening in central and eastern Nebraska. However, the evening rain chance looks fairly low.

Better rain chances arrive overnight and into Friday morning as storms from Kansas move into southeast Nebraska. You may hear thunder with these, despite temperatures being in the upper-30s to lower-40s. Meanwhile, there may be pockets of wintry mix or snow in central Nebraska on Friday morning. 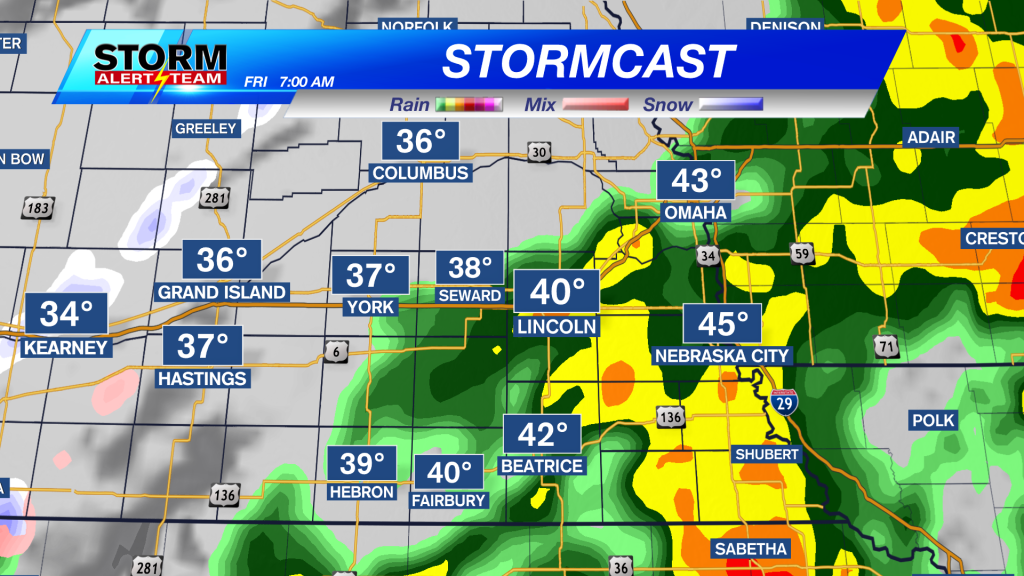 There is a small chance for a strong storm or two with a few of these, but the best severe weather chance will be to our south.

The bulk of the shower/storm activity should in the morning, but we can’t rule out a few spotty showers during the day on Friday.

By Friday Night, we’ll be in a very cool air mass. On top of that, there could be a shield of precipitation that develops in eastern Nebraska. Some versions of Stormcast have hinted that it may be cold enough to see a transition to snow or a wintry mix late Friday and into early Saturday. 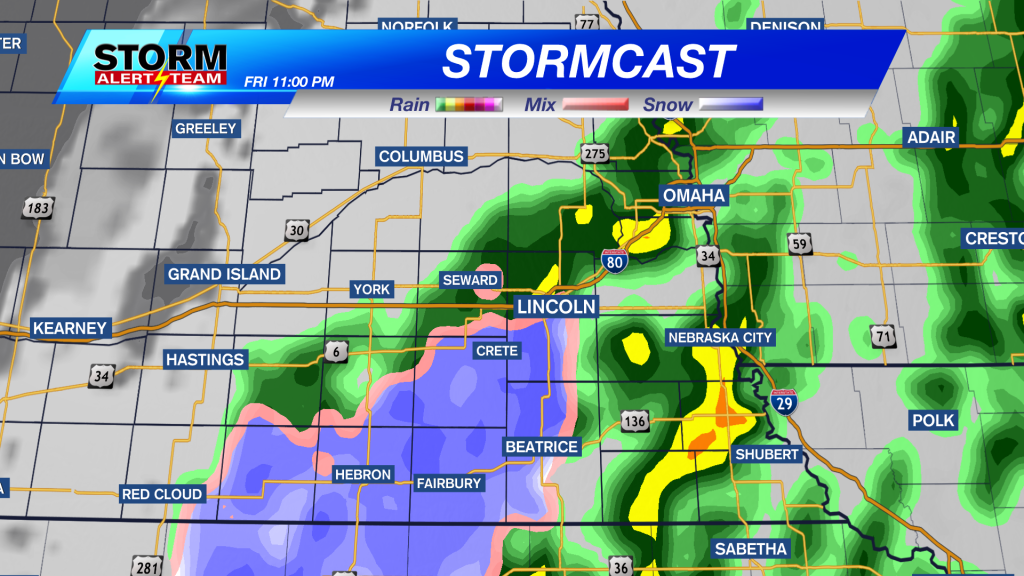 We’ve been very warm over the last week, so any sort of accumulation (if any) would be very light and would melt quickly. Any precipitation should depart very early on Saturday. It does look like we should be dry for the Husker game.