Cooler air is on the way to southeast Nebraska, arriving Friday.  Temperatures will slowly rebound to only the lower 30°s. 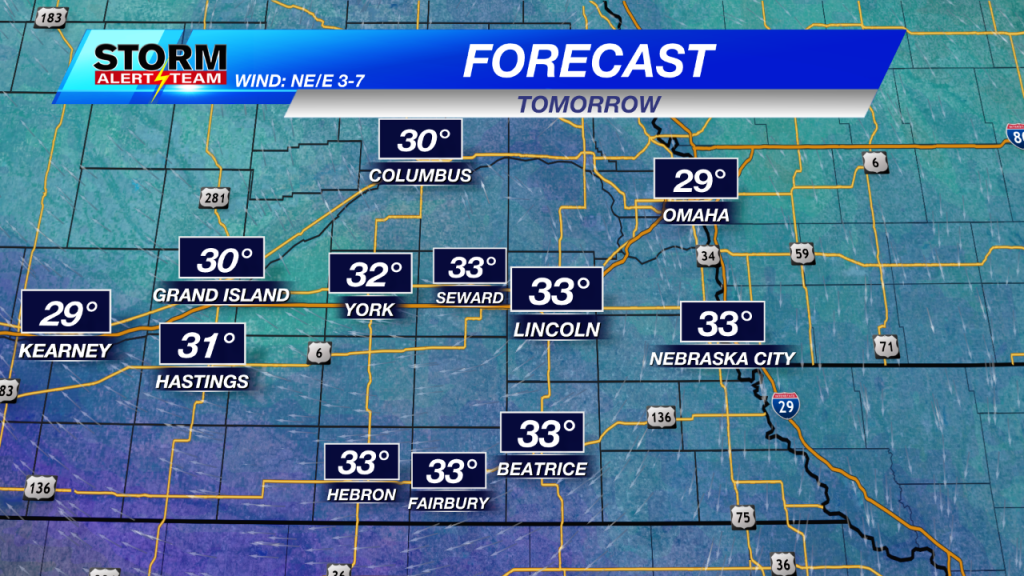 A decent drop from upper 40°s to low 50°s that the area reached Thursday afternoon.  Lincoln made it to 51° making Thursday the fourth day that has happened this month.  Interestingly, the state capital averages five days reaching 50° in January.

We’ll see more in the way of cloud cover Friday with mainly cloudy skies.  Mid-level energy will bring a chance for snow showers, mainly for the central portion of the state. 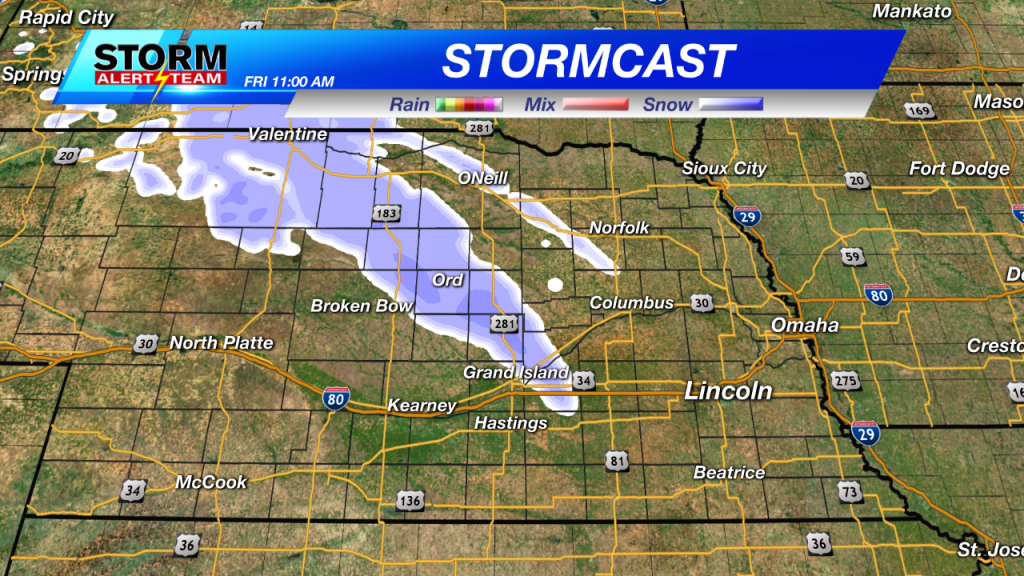 The narrow band will move east through the morning.  I do not think we’ll see the band reach Columbus or Lincoln.  However, I’m keeping a chance for snow flurries in the forecast for the afternoon. 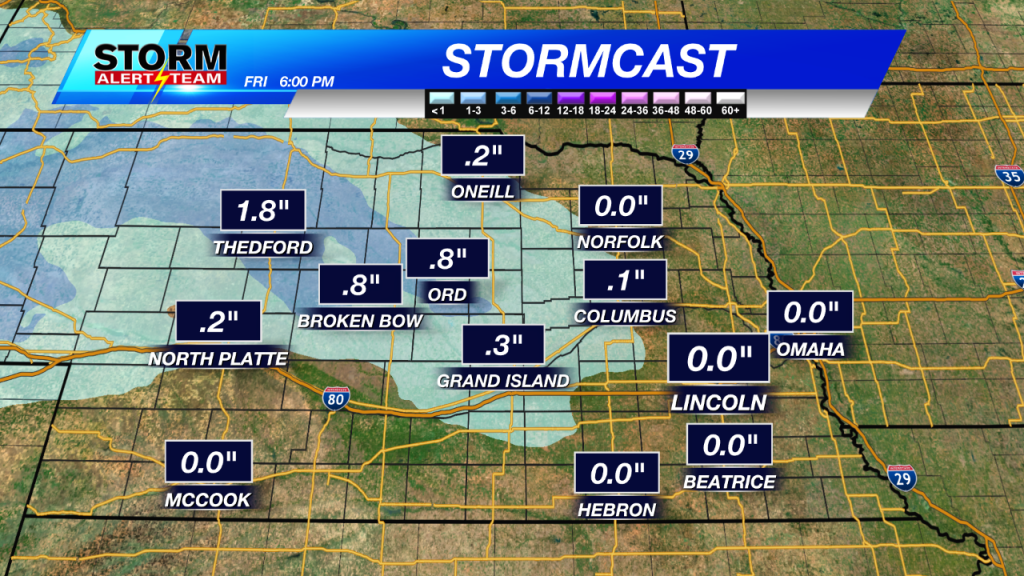 The snow should not amount to much in the Channel 8 viewing area.  Highest amounts are expected along a narrow corridor north of I-80.

We’ve got several more chances of snow coming to southeast Nebraska starting this weekend.  On Saturday a quick moving disturbance will move northeast out of Kansas in to southern/southeastern Nebraska.  Plan on snow falling by afternoon.  There is a chance for a brief period of freezing drizzle along the leading edge of the precipitation shield.  This round of snow will have the potential to drop an inch or two of snow by late Saturday night.

There is another round of potential snow coming to southeast Nebraska late Sunday night through Monday.  This one still has many questions that need to be resolved before we can say what will happen with any certainty. 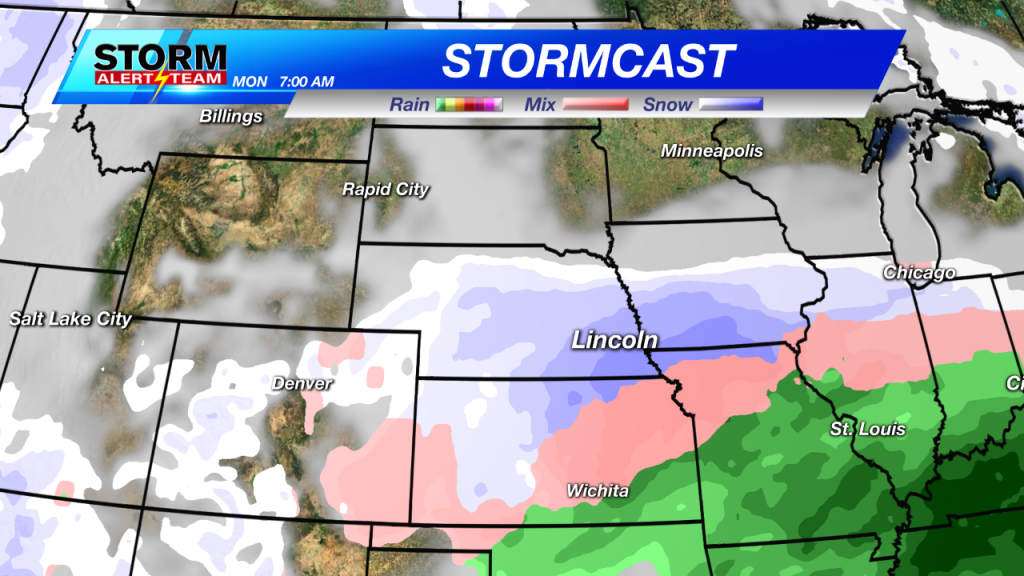 Several computer models are projecting an area of low pressure moving through Oklahoma and southwest Missouri.  Moisture will be flung around the north side of the low.  How far north the surface low moves will impact how much snow we get, if anything.

The computer model in the map shown above is the most bullish of the long range computer models we look at.  It suggests an area of moderate to heavy snow developing overnight Sunday in to Monday morning.  It paints a bullseye of heavy snow in the extreme southeast corner of the state.

Unfortunately, my confidence level in what will take place has not risen since Wednesday evening’s weather forecast.  Just know that at this point, Sunday night/Monday morning bears watching, and we’ll keep monitoring and updating our forecast accordingly  Stay tuned!