Up and down we go with temperatures for the rest of the week, into the weekend, and next week. We have a precipitation chance Wednesday evening, then again early next week. 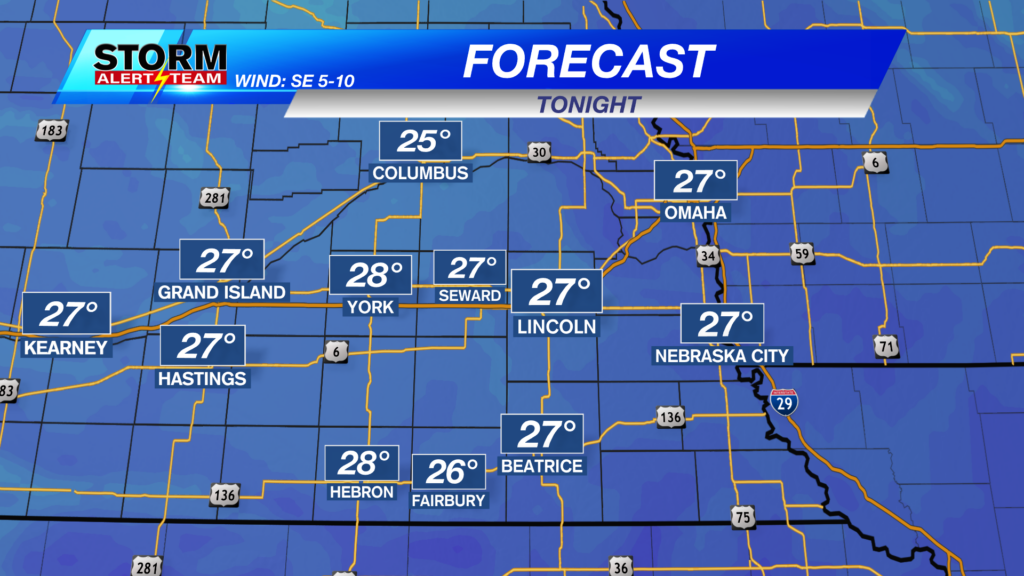 We’ll be quiet through Wednesday morning with temperatures dropping into the middle and upper 20s. That’s 10-15 degrees above average! 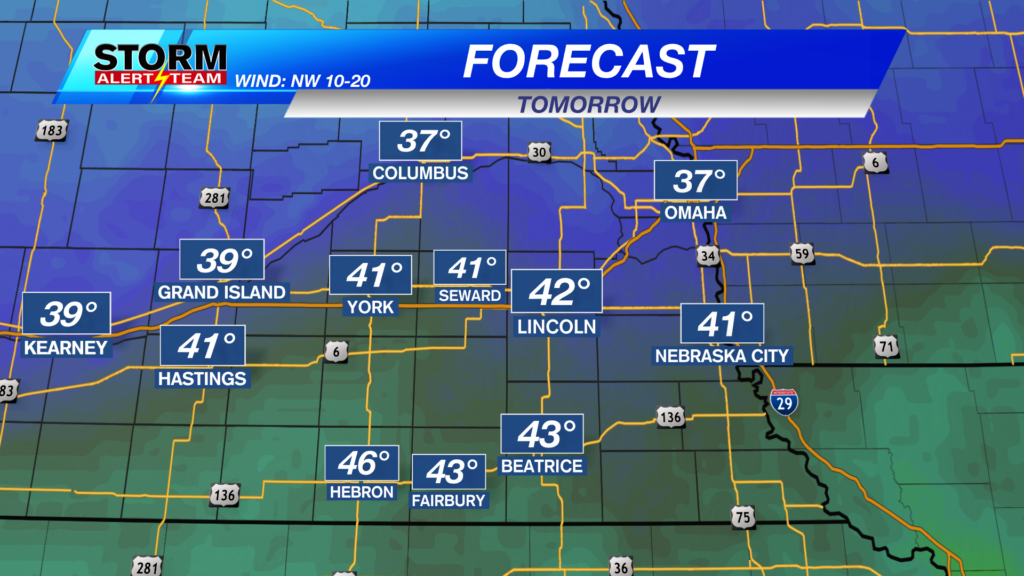 A northwest wind will drag down some cooler air for Wednesday so temperatures will take a bit of a hit. After 50s for highs the last couple of days, we’ll be in the upper 30s to middle 40s Wednesday afternoon. 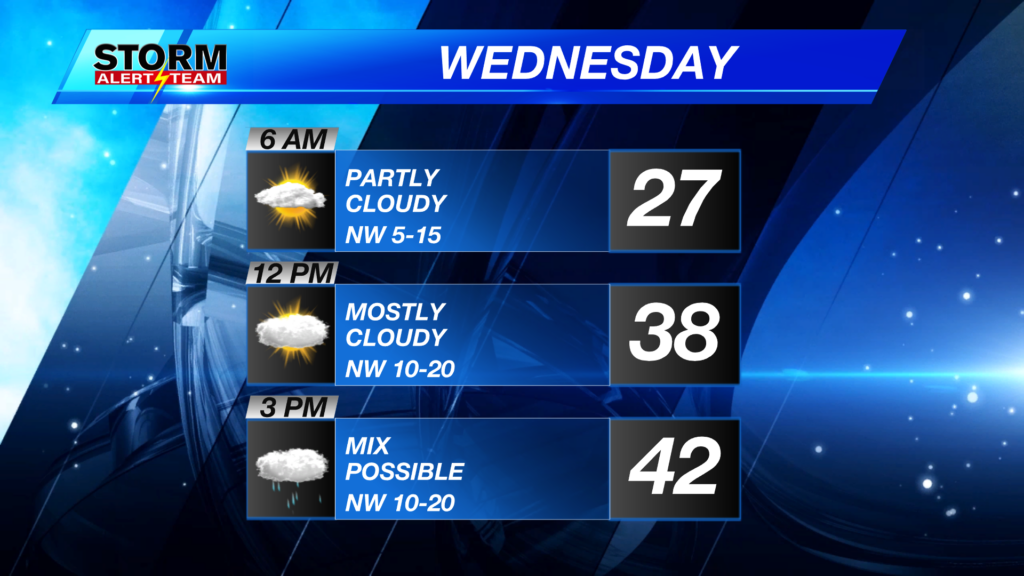 Most of the day will be dry, but a system to our south will try to through some precipitation our way late in the afternoon and into the evening. 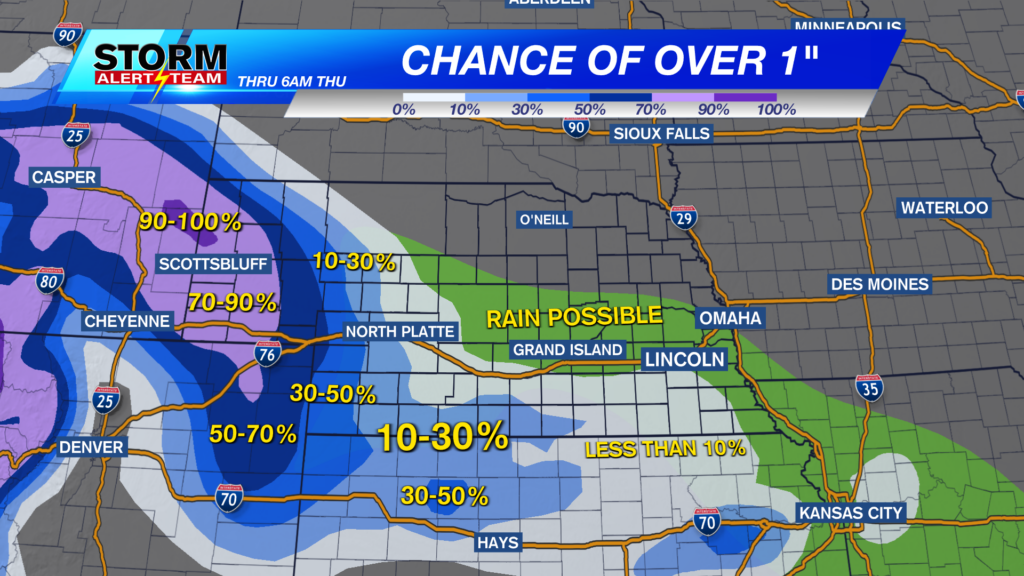 Above shows the potential for at least 1″ of snow. It’s not great! The better chance will be in western Nebraska into the panhandle. Even though we aren’t looking at a lot of snow, a rain snow mix will be possible for much of the southern half of the state Wednesday night.