Cooler through Friday, then a warm weekend

We are going to be a little up and down for temperatures over the next several days. We’ll see near normal temperatures through the rest of the week, but warm right back up in time for the weekend. 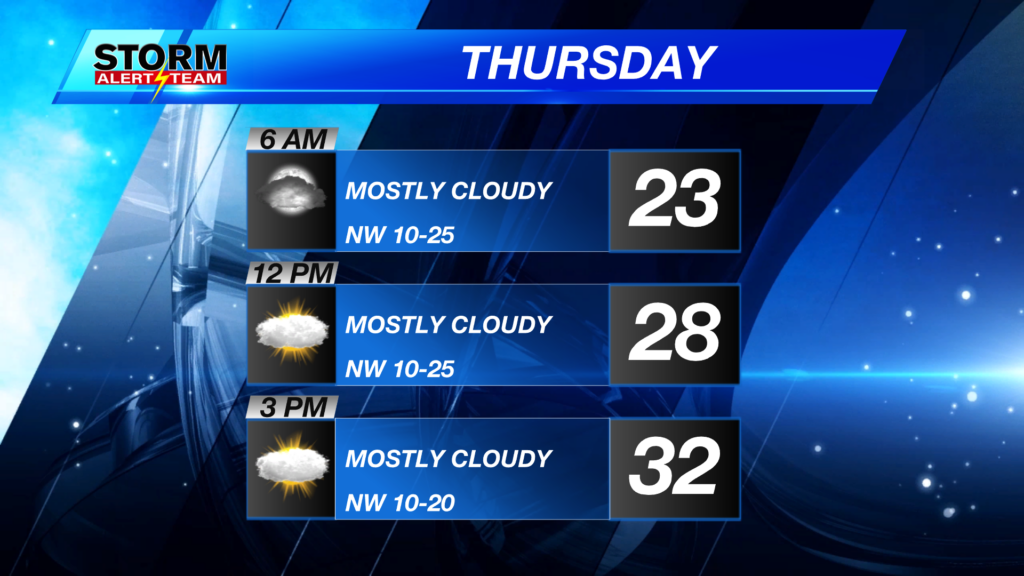 We’ll start Thursday in the lower 20s, which sounds chilly, but is actually almost 10 degrees above the average low! We then warm up into the lower 30s by the afternoon, which is just a little below average. Lots of clouds and a blustery northwest wind will make it feel much colder. 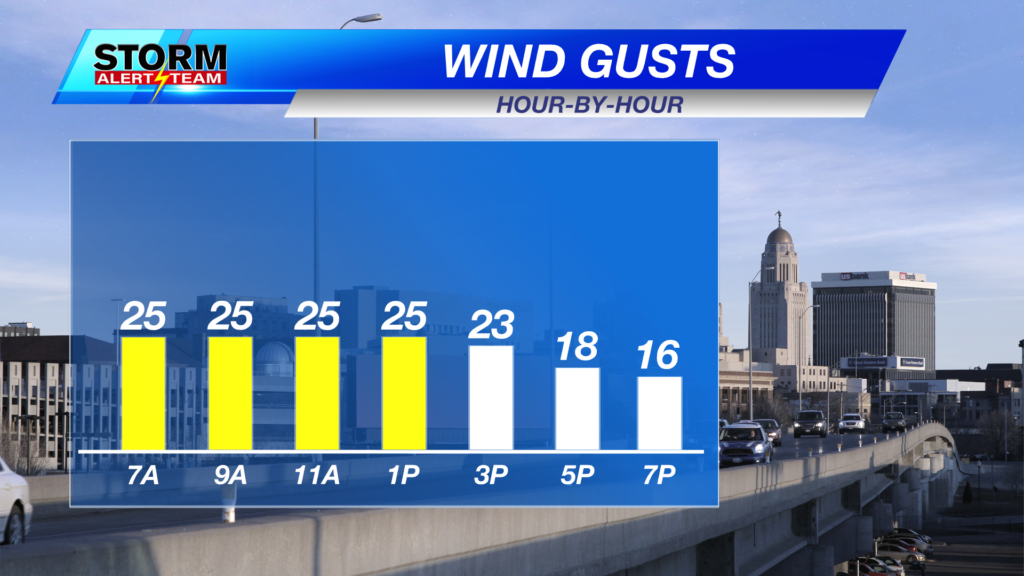 The wind is expected to be rather blustery, especially in the morning hours. It should die down as we head into the evening hours. 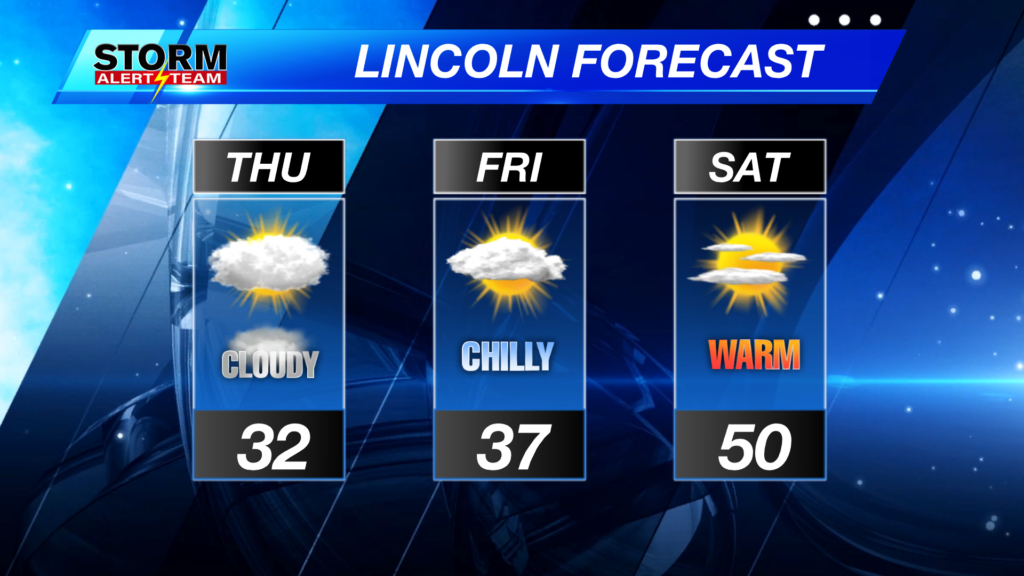 After the cloudy and cool day on Thursday, it remains chilly on Friday. But that 37 degrees will actually be a little above average. Then, we warm back up to around 50 just in time for the weekend.