Crime Stoppers is asking for the public's help identifying these people in connection to various crimes.

Crime Stoppers is asking for the public’s help identifying these people in connection to various crimes. Anyone with information should call Lincoln Crime Stoppers at 402-475-3600 or leave a tip online here: submit tip.

On May 26, A Hy-Vee store reported the suspect asked for five $20 bills in exchange for a degraded and wet $100 bill. The suspect then gave the clerk a $100 bill that said “Movie Money” on the front and asked the clerk to exchange it for the real $20 bills. The clerk kept both of the fake bills and the suspect left the store. Hy-Vee provided video footage which confirmed what happened, according to Crime Stoppers. Crime Stoppers did not say which location the suspect visited. 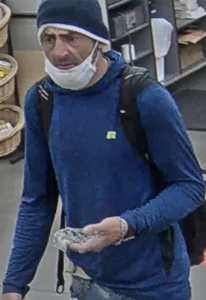 On June 3, at some point during the overnight hours, the suspect showed up at The Bike Rack near 33rd and Pioneers. They used an explosive device to break out a front window and then grabbed a bike from the display rack. Total loss and damage amounted to almost $4,000. 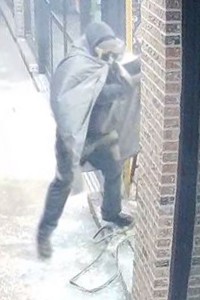 On June 1, the Walmart at 3400 N. 85th St. reported the suspect shoplifted several items from the store. Walmart gave authorities video footage which showed the suspect concealing items and leaving the store without paying for them, according to Crime Stoppers. She was seen getting into a black Ford F-150 truck with no license plates.