CRIME STOPPERS: Riots, rib-eyes, and ‘Martin’ gets a ride

Authorities are asking for the public's help identifying these suspects in recent crime cases.

Authorities are asking for the public’s help identifying these suspects in recent crime cases.

According to Crime Stoppers, this woman with blue hair came into the Russ’s Market at 17th and Washington and concealed rib-eye steaks, bacon and a pregnancy test in her purse. Authorities say she was confronted at the front door, at which time she gave some of the items back before taking off running and leaving the store in a white Kia Soul. If you know who she is, say it here! (Case number: C0-051154) 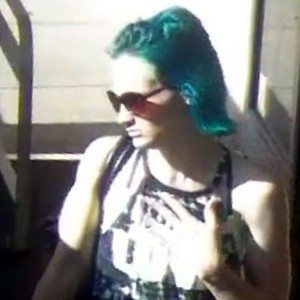 According to Crime Stoppers, two males came into the Gen X Clothing store at 48th and O St., loaded up on clothes and attempted to leave the store without paying. Authorities say they were blocked at the entrance by an employee, at which time they dropped the clothing and took off in a black SUV with no plates. If you know who either of these suspects are, say it here! (Case number: C0-037556 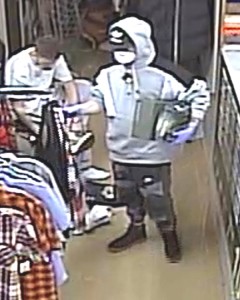 According to Crime Stoppers, this man came into the Super Saver at 48th and O St. and concealed some personal hygiene products in his pants. Authorities say an employee attempted to stop him but he walked away with the items. A female the man arrived with was contacted and said she simply gave the man a ride, and didn’t know his name other than “Martin,” according to Crime Stoppers. If you know the identity of this male suspect, please say it here! (Case number: C0-051331)

According to Crime Stoppers, this male was seen on video entering a business that was burglarized during a riot on May 30. Authorities say surveillance video showed him throwing a lit firework into the building, which was occupied. If you have any information, you can leave an anonymous tip with Crime Stoppers here. (Case number: C0-048323)