Delightful weather to close out the workweek

Wednesday took on a different look for much of the day. However, the sun decided to join the party by mid-afternoon. The cloud cover and any scattered showers have exited southeast Nebraska as of Wednesday evening. Many were able to dodge these showers, and the lucky ones who saw them only picked up a trace to a few hundredths of an inch.

We expect clear skies on Wednesday night. Winds will be light and variable into Thursday morning, with a low temperature in the middle-40s in Lincoln. 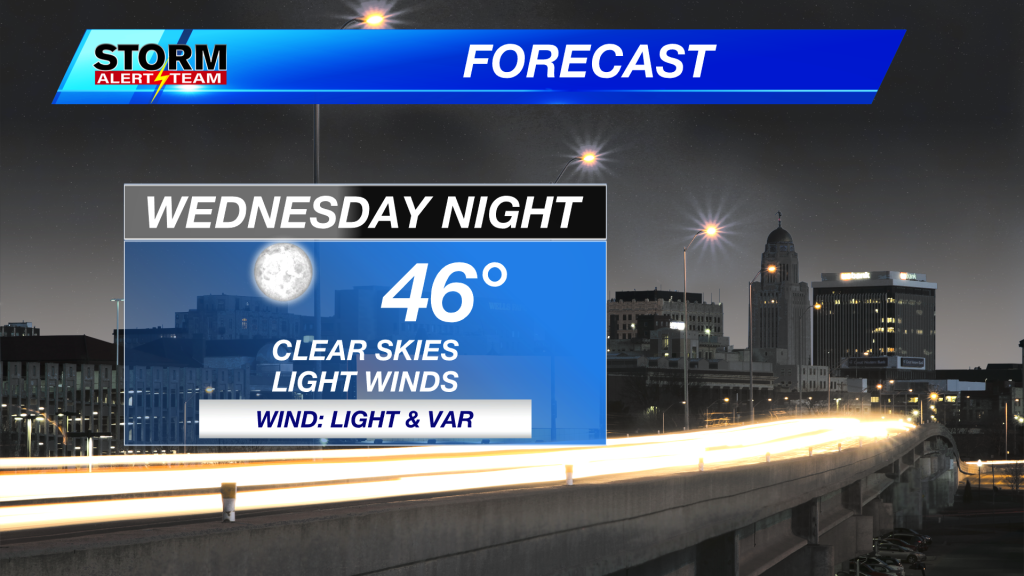 Thursday should be mostly sunny in Lincoln. A few passing clouds are possible, but that’s about it. It’ll be a warmer day, with high temperatures rising into the upper-70s to low-80s. 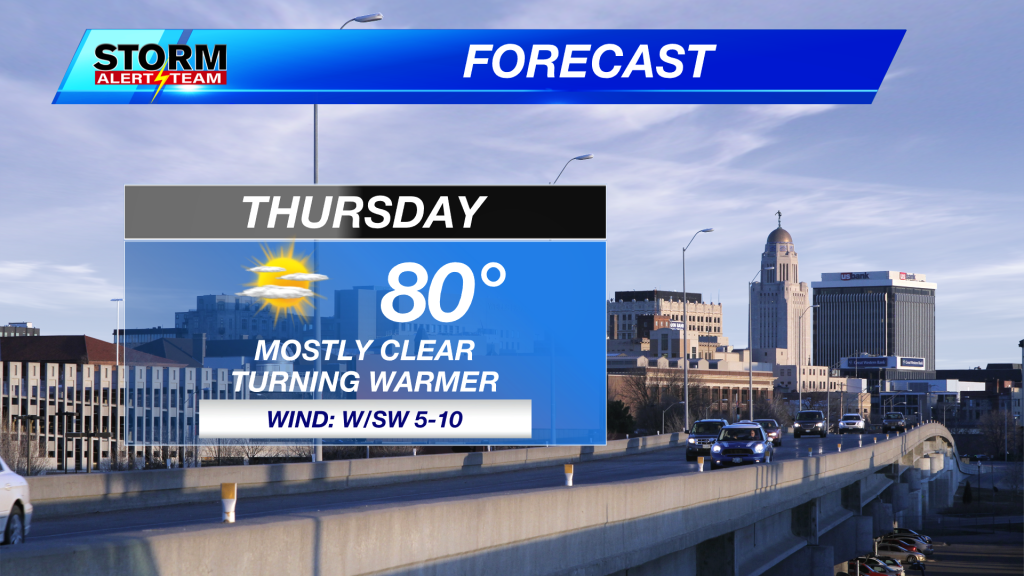 There will be a boundary positioned in northern Nebraska on Thursday. As a result, there’s a small chance to see an isolated shower in north-central Nebraska. Areas closer to Greeley, Ord, Albion, and Neligh may see some of these. Even in these locations, the overall odds are low. Lincoln will miss out on any showers. 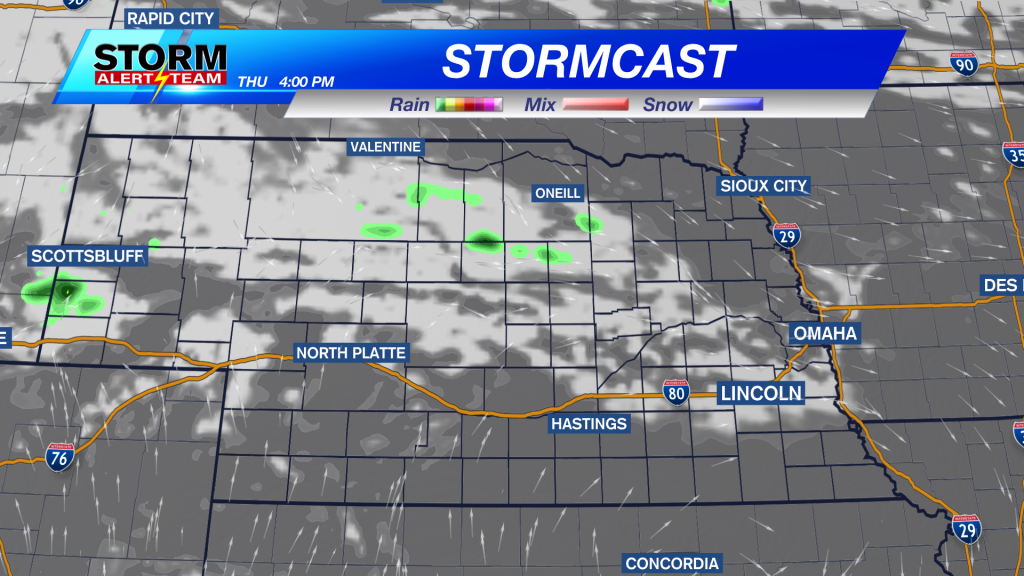 Temperatures continue to warm on Friday. We expect another 80°+ day with partly cloudy skies and low humidity. Unfortunately, the humidity will return by Saturday. That, along with a weak disturbance passing by will increase storm chances over the weekend. Scattered storms are possible on Saturday.

In fact, the pattern will be more unsettled through Sunday and into next week. As a result, we have introduced rain chances through early next week. These days do not appear to be washouts as of now as there should be several dry hours each day.