Unfortunately, forecasting is an imperfect science – and today goes to show for it. Guidance over the last several days suggested that many in southeast Nebraska would see the first impactful snowfall of the season. However, it became evident on Saturday morning that dry air came to ruin the party.

As of the mid-morning hours on Saturday, snow has been able to overcome the dry air in many locations. Accumulation is still expected for many, but lower than initially anticipated. 1-2″ are still possible in Lincoln and points north, but accumulations are still expected to be higher to the south. As of Saturday morning, it appears that the distance between those who see lesser higher totals will be tight in and around Lancaster County. 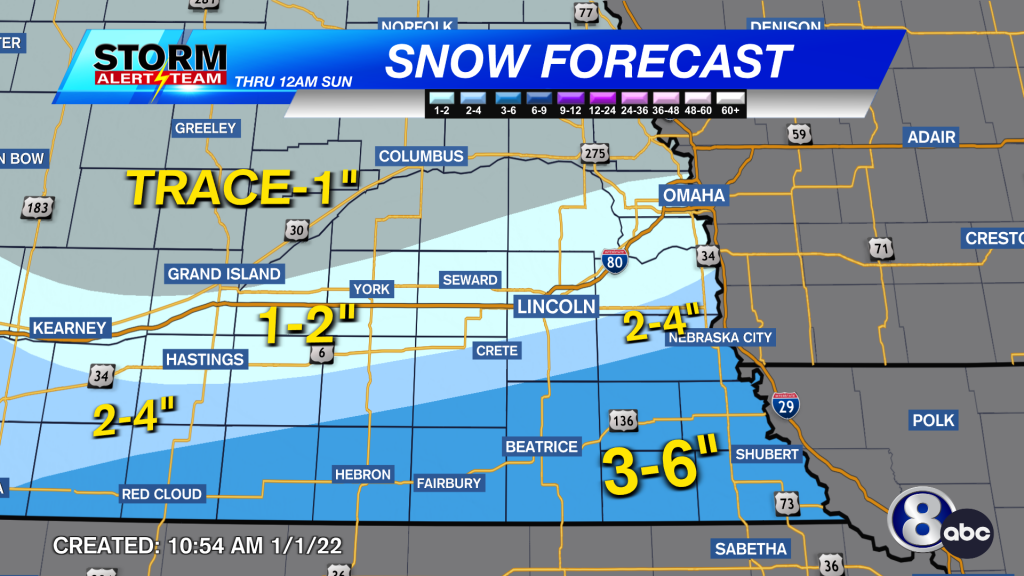 After lunchtime, the snow should let up in intensity. We’re expecting snow showers to last through the late afternoon, before tapering off in the evening. It’ll be cold and windy on New Year’s Day, with high temperatures topping out in the single digits. 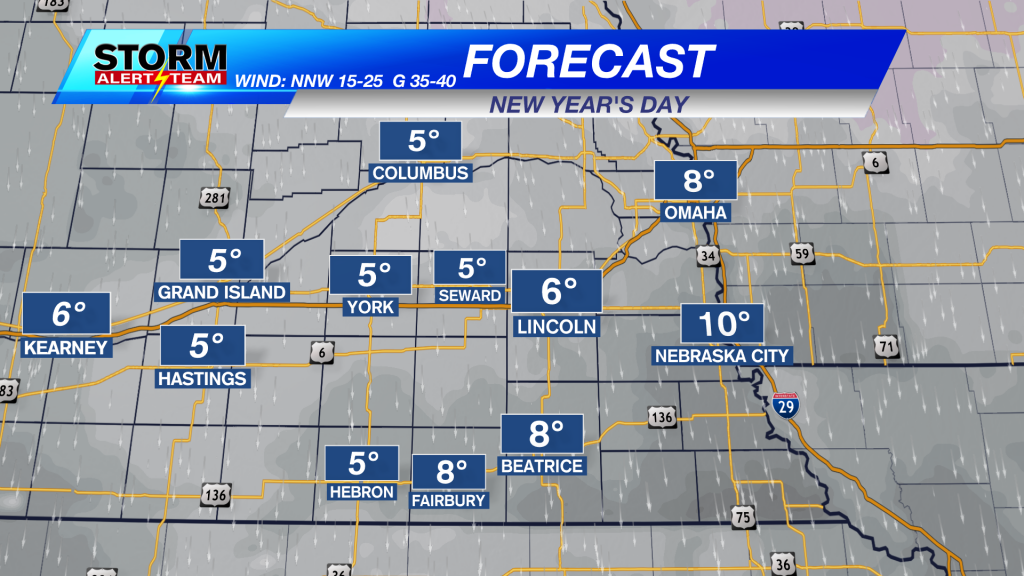 We remain cold overnight Saturday and into Sunday morning as low temperatures drop to near 10 degrees below zero! Factor in the wind, and we’ll be dealing with dangerous wind chill values. Wind chills could drop below -20° at times, so make sure to cover up any exposed skin!

Although we’re expecting clear skies on Sunday, highs will be stuck in the teens. So any snow that accumulates on Saturday may stick around for some time. 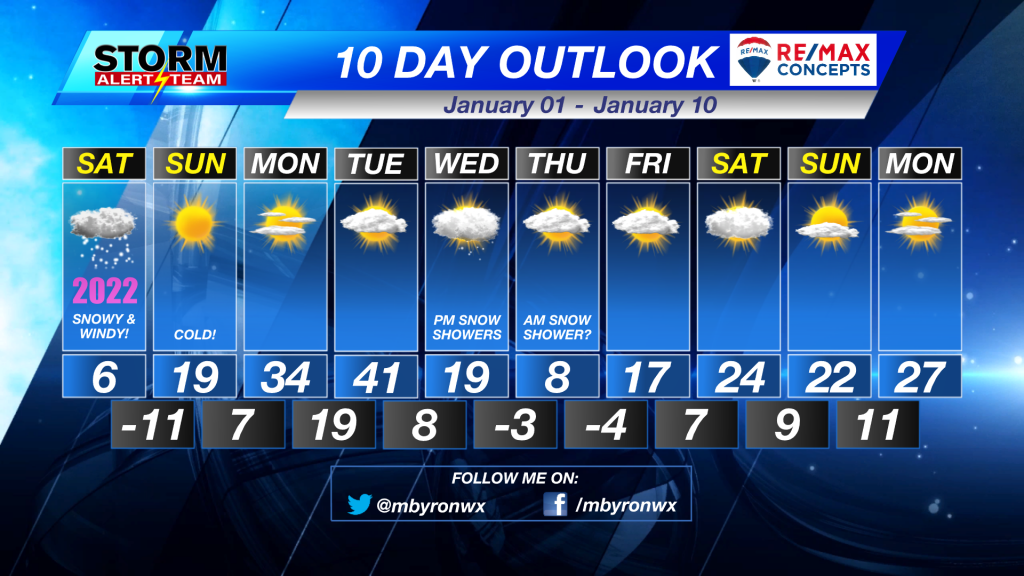