There is great weather coming this weekend if you like above normal temperatures in the weekend.  I strongly suggest getting out and enjoying it because it looks like winter comes back to southeast Nebraska next week.

Clouds will be on the decrease Friday morning, turning sunny by late morning/early afternoon.  There will be a wide range of temperatures – cooler east – warmer west.  Lincoln should be able to get in to the low 40°s, whereas upper 40°s to near 50° will be possible in Kearney and Hastings. 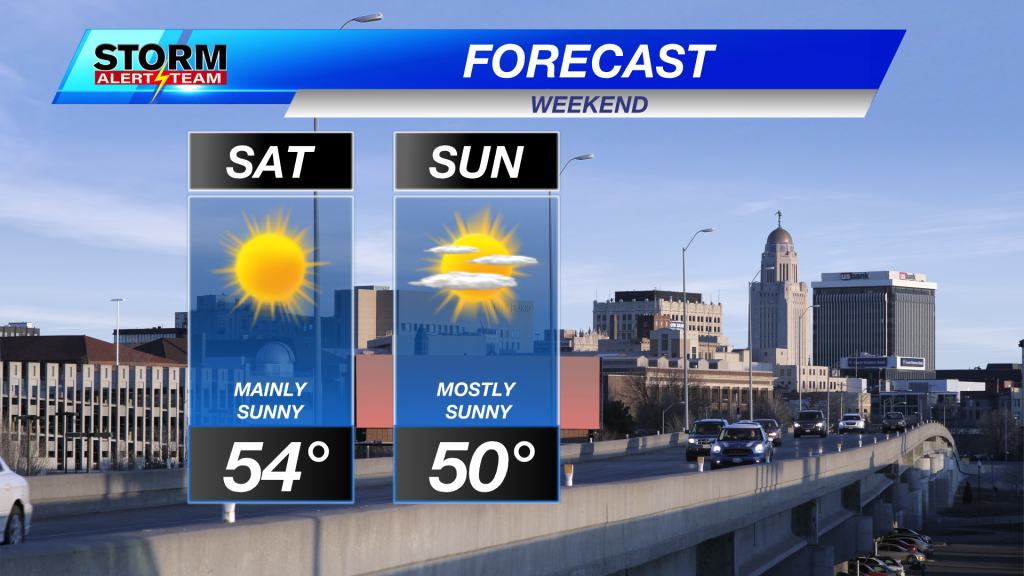 Lots of sunshine coming our way for the weekend.  Temperatures should top out 18° to 24° above normal Saturday with highs in the middle 50°s to 60°.  It looks to be slightly cooler Sunday with temperatures around 50° under mostly sunny skies.

A cold front approaches the state Monday evening.  Ahead of the front, we should climb in to the upper 50°s and lower 60°s Monday afternoon.

For several days data suggested there could be a layer of warm air a few thousand feet over southeast Nebraska Wednesday morning.  That does not appear the case any more.  That means instead of the risk for freezing rain (ice), this looks to be all snow.

Long range data also suggests if we end up with an accumulating snow, it could turn very cold for the end of next week.  Low temperatures dropping double digits below zero.  High temperatures only in the single digits above zero.

This all being said, the storm is still many days, and several thousand miles, away.  Be sure to check back for further forecast updates as we fine tune the forecast.