Clear skies tonight, and lightening winds, will allow temperatures to drop to below freezing by Thursday morning.  Many areas will drop to “hard freeze” levels.  In Lincoln, the airport will likely drop to near 26° but in the city temperatures will fall to around 30°. 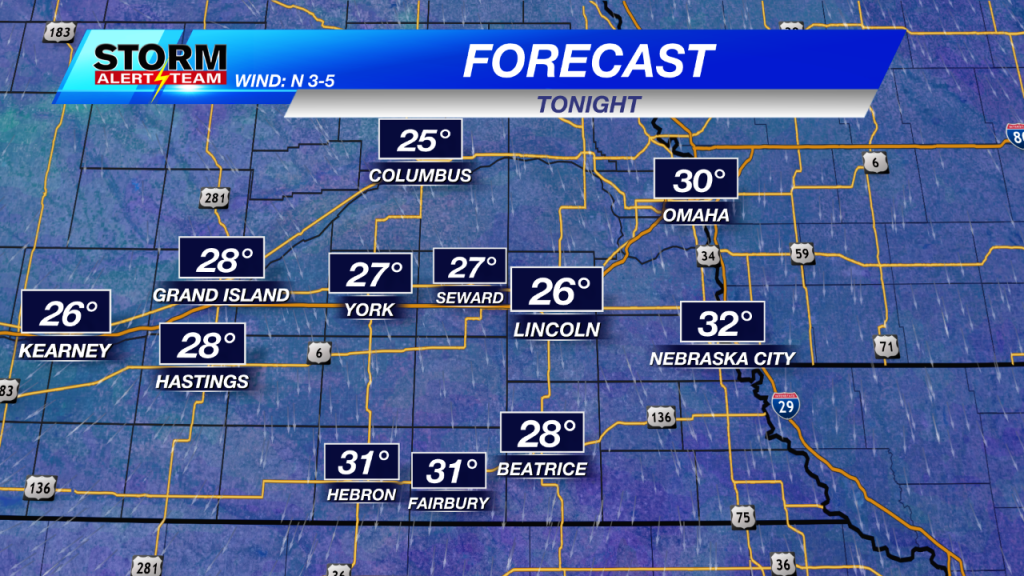 With temperatures dropping below freezing the National Weather Service has issued a Freeze Warning for Wednesday night. It will be in effect from 1 a.m. to 8 a.m. Thursday. 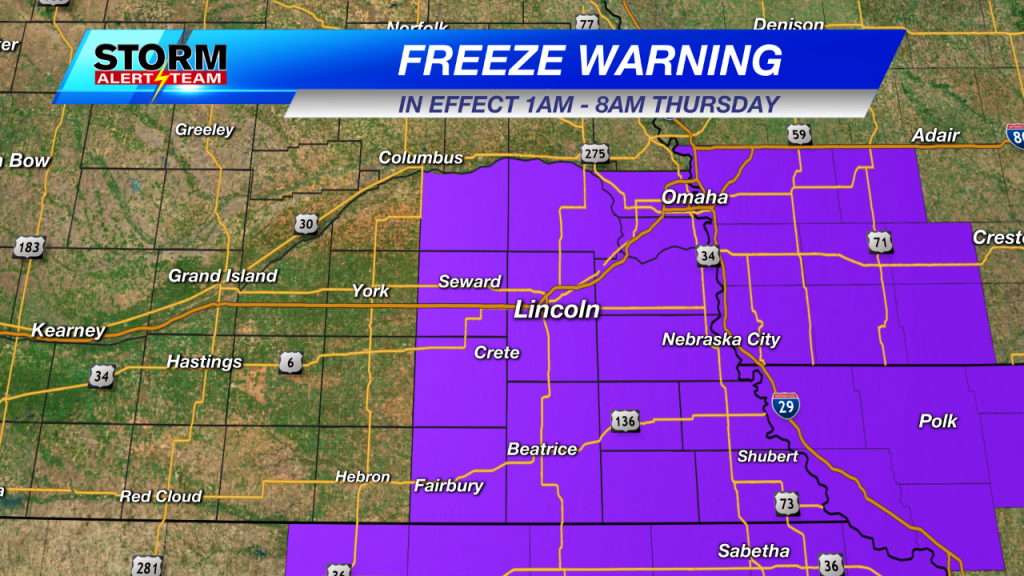 Keep in mind, locations to the west, northwest, and north of the Freeze Warning will likely have colder temperatures than locations in the warning. That is due to different National Weather Service offices issuing warnings. Colder prone areas of central Nebraska will likely drop to the lower 20°s Thursday morning.

Clouds will be on the increase Thursday, resulting in overcast skies by late afternoon. The cloud cover and a light northerly wind will help keep temperatures down. Highs will only be in the upper 40°s to lower 50°s. 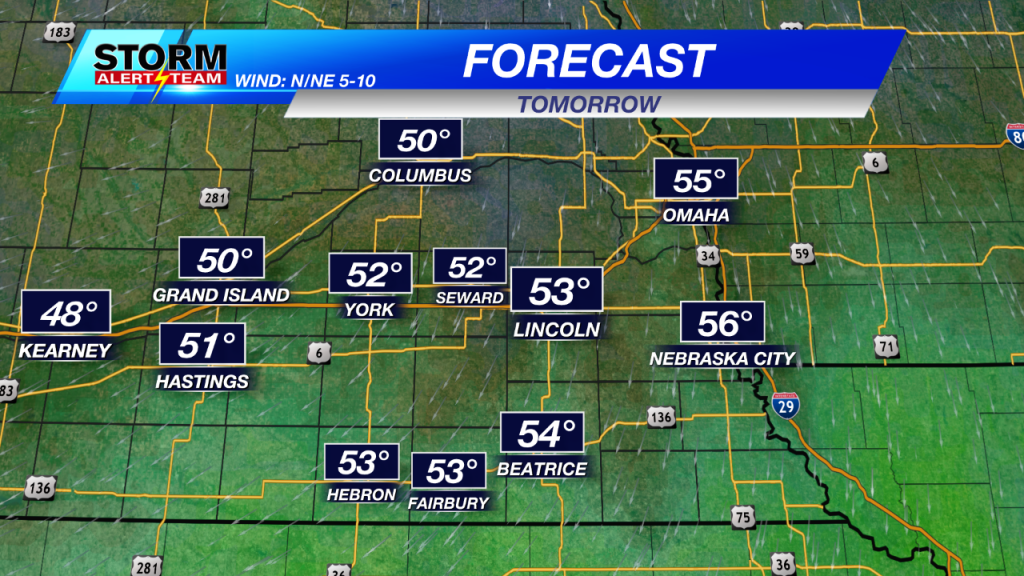 Light rain looks to start moving in to southeast Nebraska from the west late Thursday night and Friday morning. Scattered showers will remain in the forecast throughout the day Friday. This will keep temperatures on the cool side. Temperatures will struggle to reach 50°. 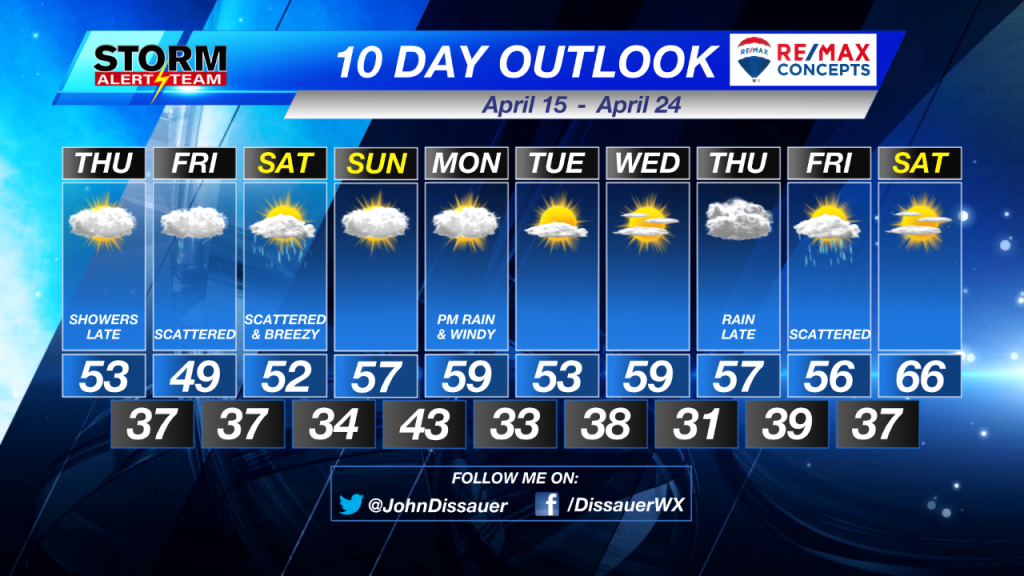