Last week, Hyundai initiated a recall, then Honda started an investigation, and now Ford has issued a recall on their SUVs

LINCOLN, Neb. (KLKN)- Ford is recalling more than 660,000 Explorers because of loose rail covers that can detach while the SUV is in motion and “create a hazard for others on the road.”

MORE: US investigates over a million Honda Accords with possible steering problem

The National Highway Transportation Safety Administration says that the retention pins in the part can loosen and allow the roof rail covers to detach from the vehicle. They also said that in order to fix the problem, dealers will install pushpins and replace any damaged rail clips and roof rail covers.

Ford said it was not aware that any accidents or injuries have been reported in relation to the recall. 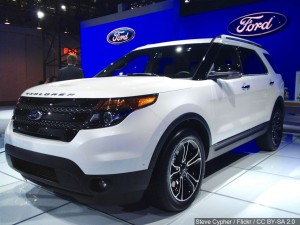