Gage County plans to put its drug dog back to work

BEATRICE, Neb. (AP) _ The Gage County Sheriff’s office plans to put its drug dog back to work with a new handler.

After initially thinking the 4-year-old Belgian Malinois, Buster, would have to be retired, the Beatrice Daily Sun reports that sheriff now plans to retrain him to work with a new handler. 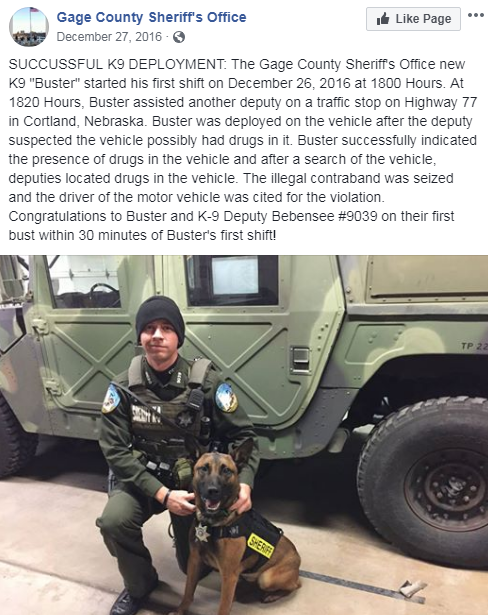 The future of the drug dog came into question last month because the officer who had handled Buster is leaving the department.

But after having Buster evaluated by experts and recruiting another officer to lead the program, Sheriff Millard Gustafson decided to renew the program.

Gustafson included $30,000 in his proposed budget for the program to pay for all the training needed. Normally, it costs about $10,000 a year.