While the Saturday featured mostly sunny skies, Lincoln was able to squeak by with a trace of precipitation from a few spotty showers early Saturday. On Saturday afternoon, storms developed east of the capital city, leaving Lincoln dry.

As a result, the main story of the day was the wind. Sustained winds were as high as 40mph at times in Lincoln, with a few gusts over 50mph!

Skies remain mostly clear on Saturday night. It will still be windy, as gusts may still approach 40mph territory. Lows should be in the lower-40s in Lincoln. 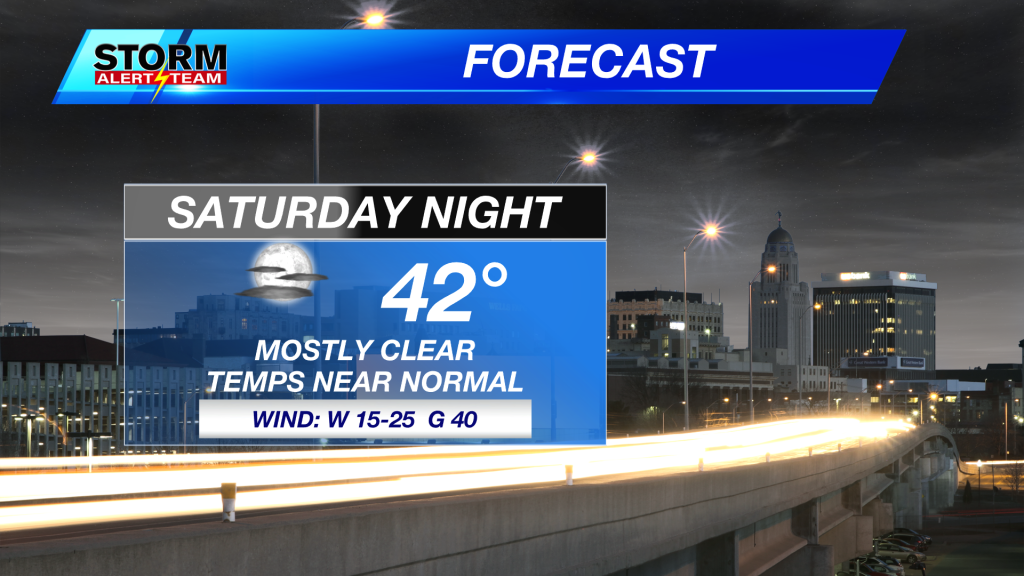 While clouds remain for our friends to the north, Lincoln will likely find itself in an area of clearing that will overspread southern Nebraska. I expect a few fair-weather cumulus clouds for some, with highs in the lower-60s. 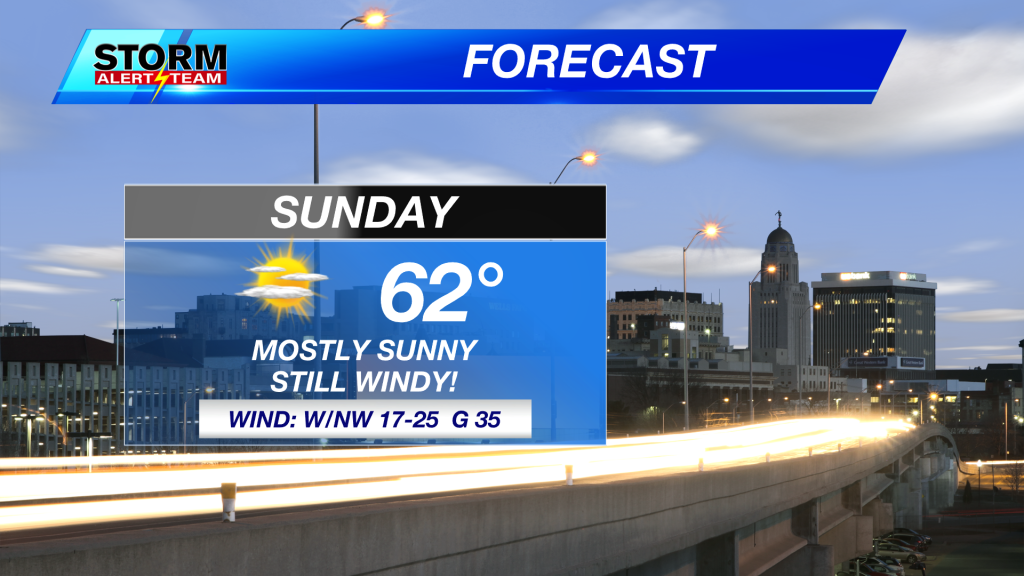 Going forward, wind speeds gradually diminish as we venture into the beginning of the workweek. Wind speeds don’t begin to really pick up until mid-week. 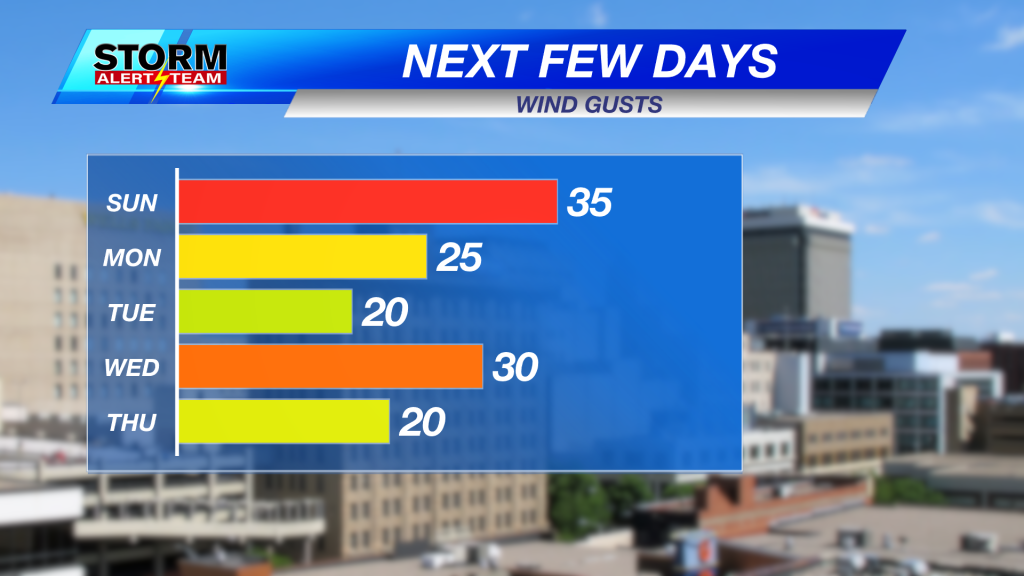 We’re watching our next potential rainmakers at the end of the workweek. It appears that a few morning showers may occur on Thursday, with storms becoming possible on Friday.

I want you to view these as “opportunities” for rain as opposed to “guarantees” for rain. Hopefully, we can get some much-needed moisture from these systems. We’ll monitor these chances for rain as the week progresses.