Highs well above average to end the work week

Despite mostly clear skies early Friday, temperatures were rather mild to start the day – in the middle-50s in Lincoln.

I anticipate that mostly clear skies will remain into Friday afternoon, although some high and thin cirrus clouds will move in from the west. We’ll still be mostly sunny overall. High temperatures on Friday afternoon will make the air feel nowhere close to fall-like, but rather closer to mid-August standards! We’re forecasting a high of 87° in the capital city. 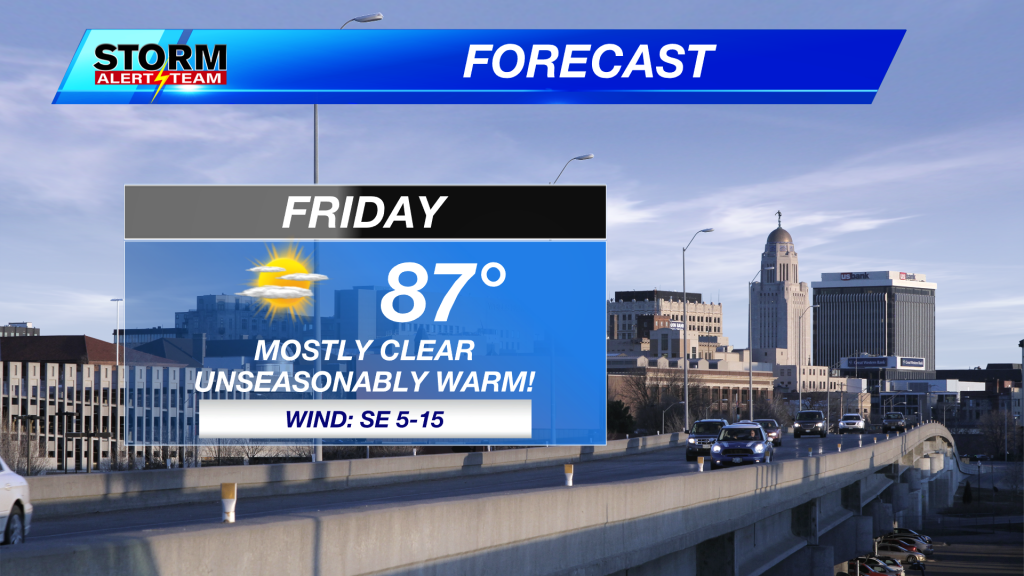 More high clouds are poised to arrive Friday evening and overnight. These clouds should be a bit thicker, so the mostly clear skies will likely transition for more of a partly cloudy landscape on Friday evening. Low temperatures will likely be in the upper-50s in Lincoln on Saturday morning. 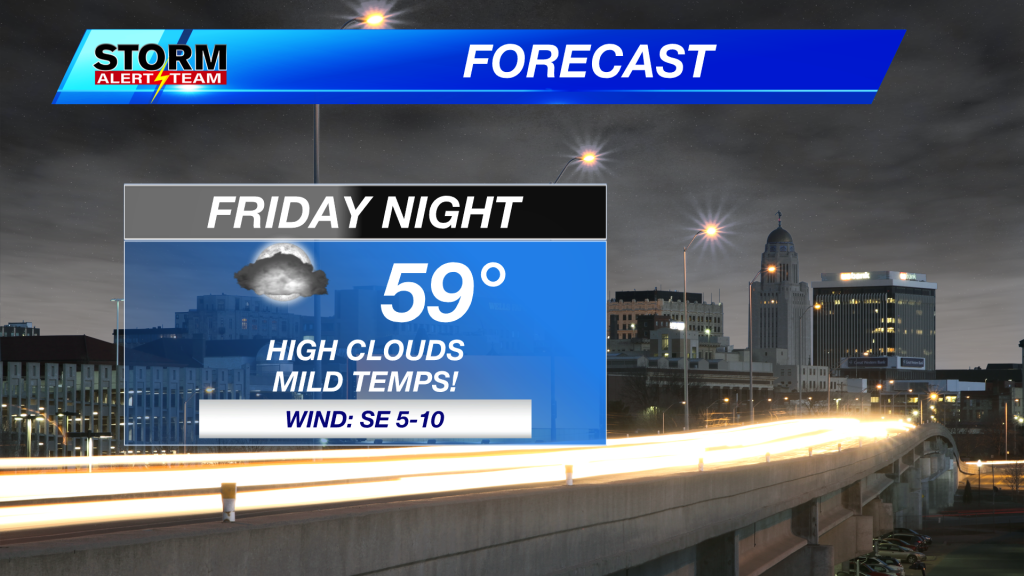 Cloud cover sticks around on Saturday – again, these are high clouds. This may prevent high temperatures from reaching 90°, but we should still reach the upper-80s on Saturday. Keep in mind that the record high on Saturday is 90° which was set back in 1928.

Saturday may be a bit breezy, with wind gusts in the ballpark of 20-30 mph throughout the day, but those gusts should largely diminish after sunset. 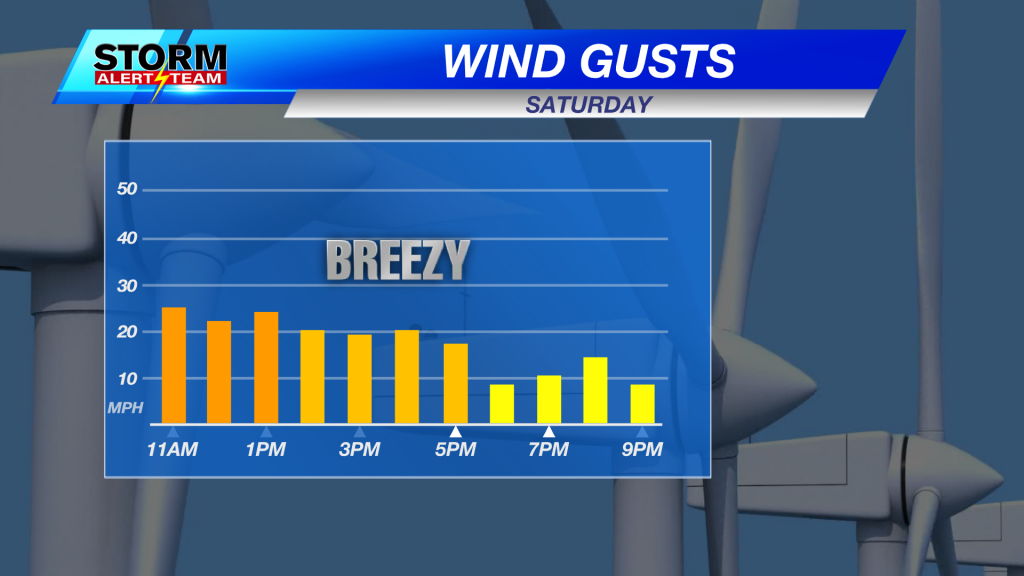 Temperatures will fall back into the 70s for highs on Sunday. We’re scaling back on rain chances Sunday night and into Monday as it appears that a storm system will track a bit farther away from southeast Nebraska. We won’t rule out a scattered overnight shower on Sunday and into Monday morning.

By far, our next best chance for rain appears to be on Wednesday, where we won’t rule out rumbles of thunder either. Stay tuned!