Another chilly start followed by a warm afternoon! While low temperatures bottomed out at 34° in Lincoln on Sunday morning, temperatures quickly rebounded to the middle to upper-70s by afternoon. Clear skies aided in producing the large range in temperatures from morning to afternoon. 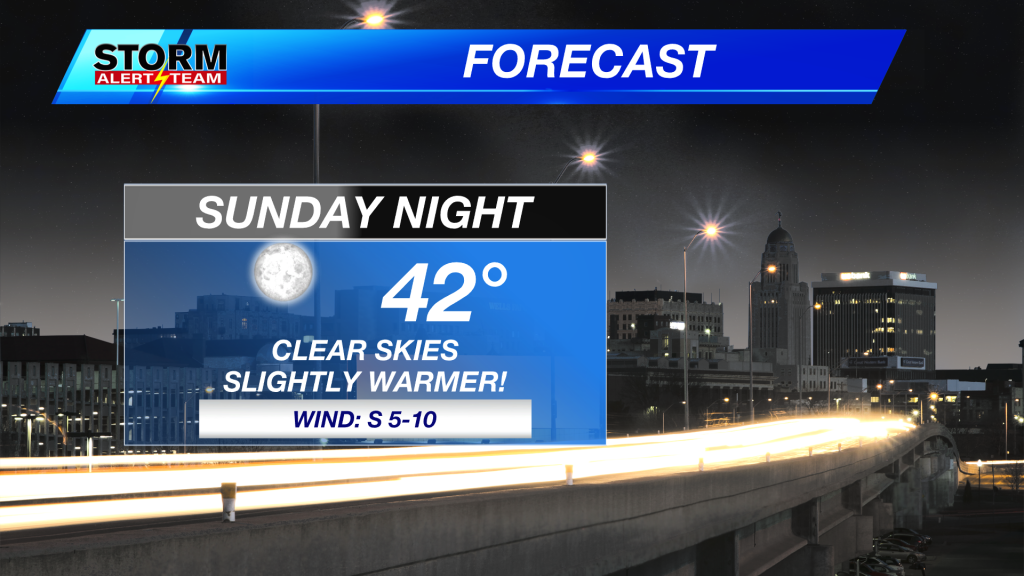 The majority of the day on Monday will feature full sunshine. It’s another warm afternoon, with highs getting up into the middle to upper-70s. Keep in mind that the average high temperature on Monday is 66°, so we’ll be well above average to start the week! 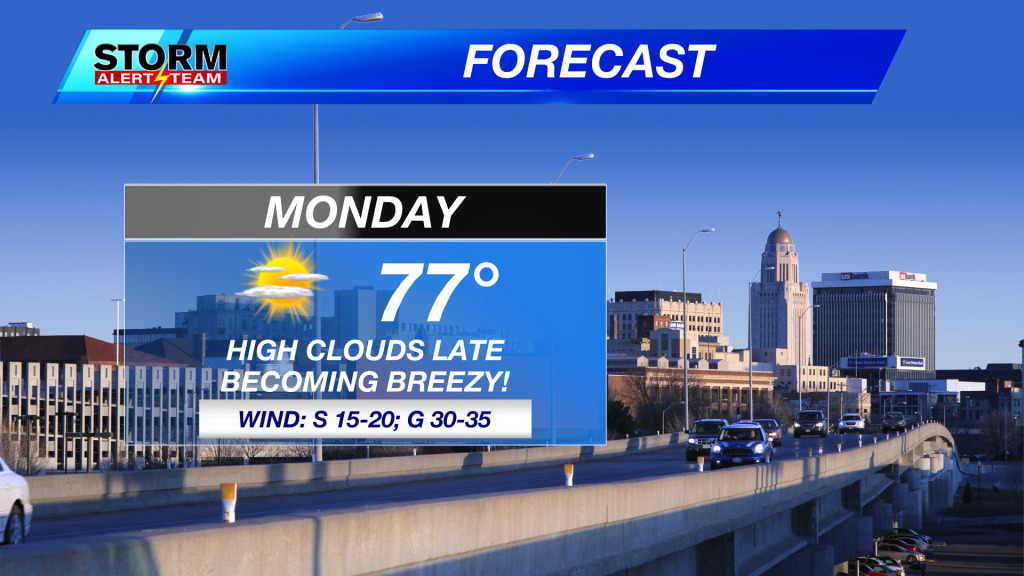 Some mid to high-level clouds arrive Monday afternoon, but these will not produce any precipitation. Skies will remain mostly clear into Tuesday, where we continue the warm streak. Highs should top out in the upper-70s on Tuesday, with some perhaps reaching 80°.

Tuesday will be our last unseasonably warm day as a cold front will pass late Tuesday. We are going to introduce a small chance for an isolated shower late Tuesday as the front passes. But keep in mind that the coverage of these showers will be limited, and they likely will not produce much meaningful rainfall. Understand that not everyone will see this rain on Tuesday night! The best overall chance for rain will reside in northern Nebraska and South Dakota. 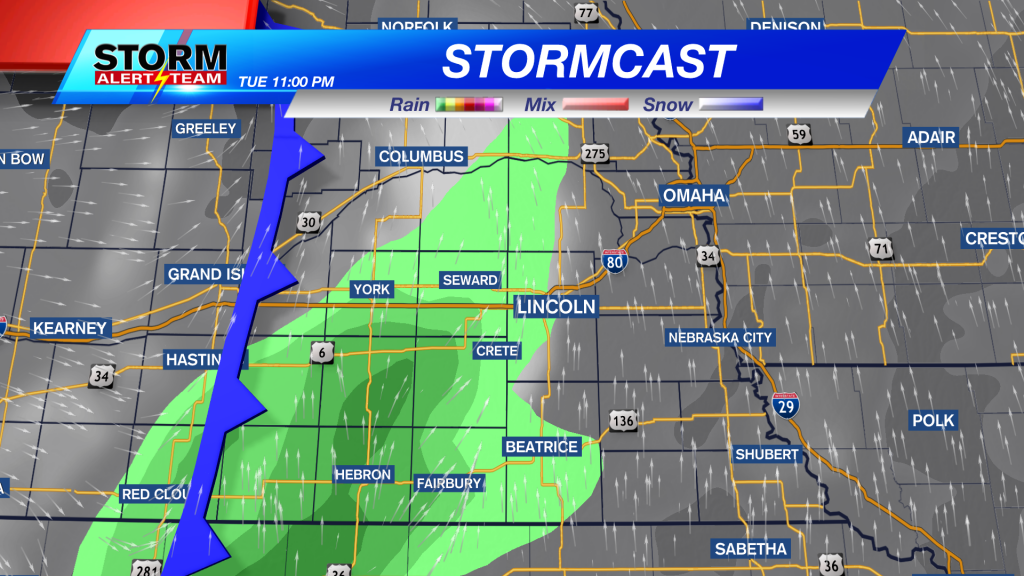 Once the front passes, we’ll close out the week on a cooler note with high temperatures remaining below average through the end of the workweek.