The Cass County Sheriff’s Office says 48-year-old Amber Tjaden of Weeping Water has not been seen or heard from since last Wednesday.

Tjaden is the daughter of former Omaha mayor Jim Suttle.

Suttle told Channel 8 Eyewitness News the key to finding his daughter is to find her car.

Suttle says a team, including a dedicated investigator from the Cass County Sheriff’s Office, is working 24/7 to find Tjaden. 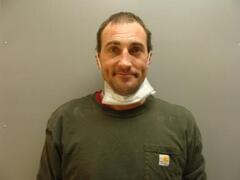 Investigators with CCSO said in court documents Matthew Tjaden never reported his wife missing and that he was the last person to have contact with her.

Investigators say Tjaden told them he was out looking for his wife when they arrived at his home to question him.

He said he and Amber had gotten into an argument, adding he thought he had to wait 48 hours before filing a missing persons report, according to court documents.

Deputies said Matthew Tjaden eventually returned home and fled from them in his pickup truck when they tried to stop him. Authorities say the pursuit ultimately ended with Tjaden being tasered.

Suttle told Channel 8 Eyewitness News there’s no evidence right now to suggest his daughter was physically harmed by her husband. He says the family is focused on finding her car and bringing her home.

Amber Tjaden still has not been found. Anyone with information is asked to call the Cass County Sheriff Office at (402) 296-9370.

Cigarette causes $30,000 in damage after starting a house fire in Lincoln, officials say