Closing out the weekend and into the early morning hours on Monday, temperatures are not going to change all that much. Gradually, we will drop through the 40s with low temperatures expected to be in the upper 30s for a short time. 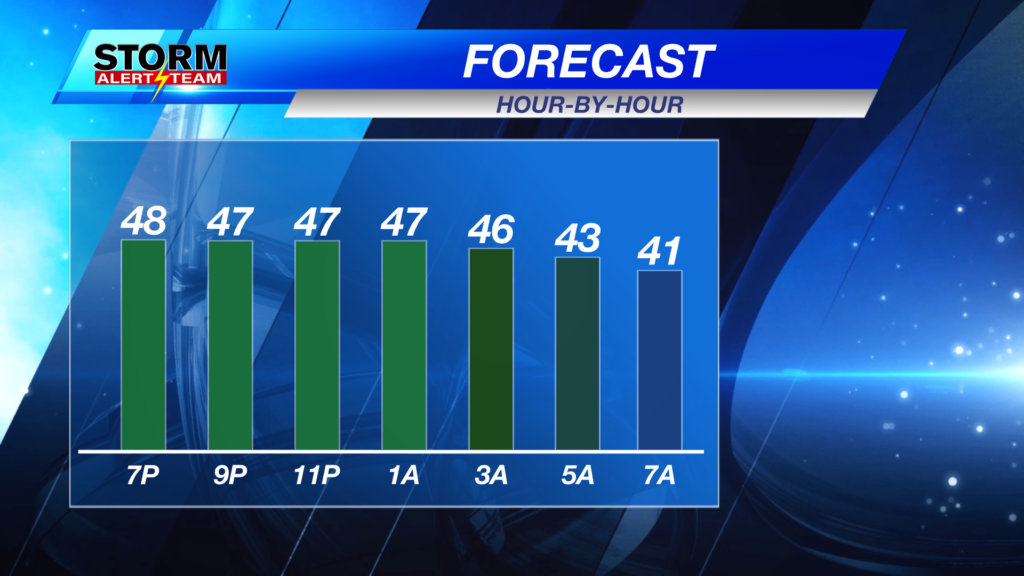 The short-term forecast includes very light rain and drizzle chances starting Sunday night and going through the early morning. We will be dry for a time from Monday afternoon through the early parts of Wednesday (in eastern Nebraska). 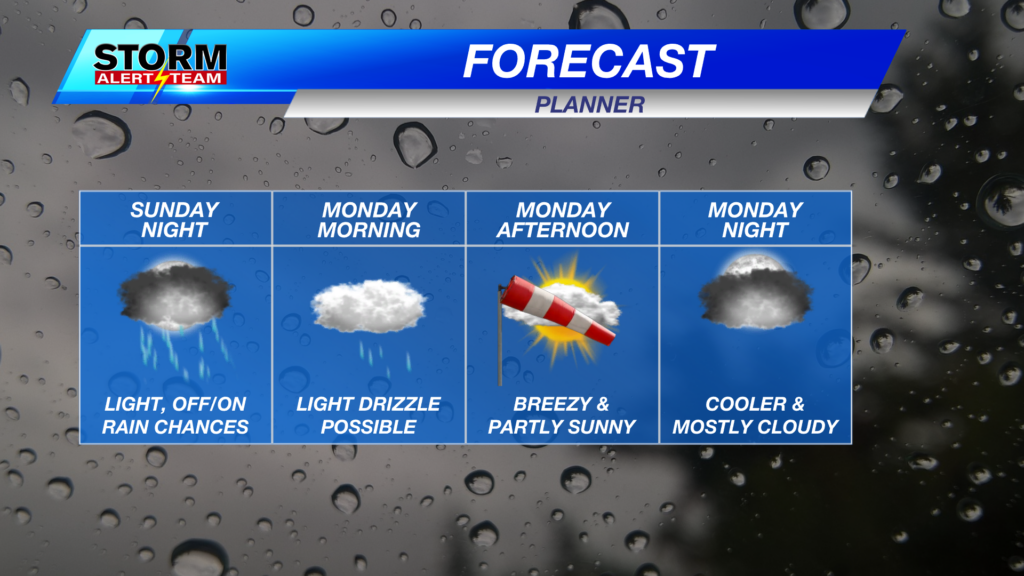 The system is quick to move on though, and we will be left with partly sunny skies and breezy conditions on Monday afternoon. Sunday’s high temperatures in the upper 40s and low 50s will be the warmest temperatures we will experience going into next week. 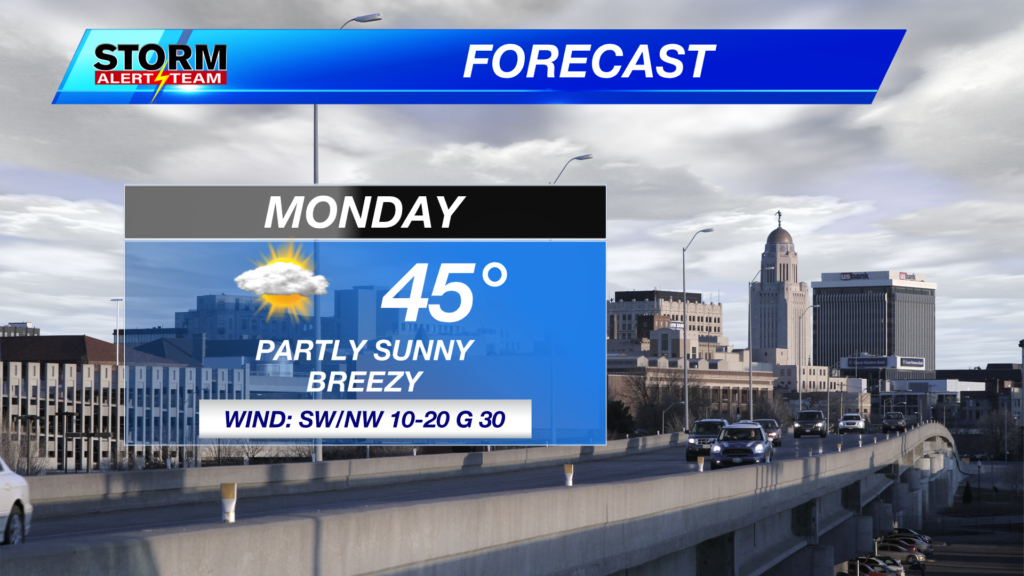 Our midweek system looks to impact southwest and central portions of Nebraska first come Tuesday afternoon and evening. Because of this, a Winter Storm Watch has been issued from Tuesday through Wednesday evening for potentially heavy amounts of snow. The expectation is that more watches will be issued heading into the start of the week for eastern Nebraska. 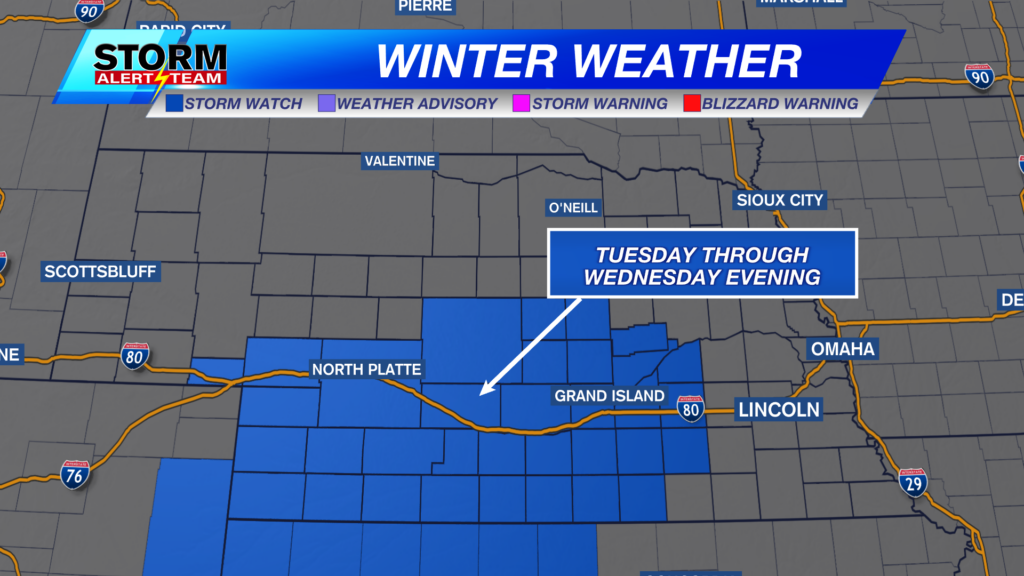 The timing and amounts associated with this system are still hard to nail down yet. Models are starting to come together with some agreement, but overall the area and amounts are to be determined. For now, there are a couple models that cover the timing of this snowfall potential (below) to look at.

One model shows most of the heavier snow in southwest and southeast Nebraska but leaves central Nebraska with close to nothing. The second model shows more snowfall through the center of the state with a wider swath of snow to be seen by just about everyone.

As of Sunday evening, the thought is a mix of these two models could come true. The heaviest snow right now looks to fall in southwest/southeast Nebraska through the Omaha metro, but with snow still likely to fall through central Nebraska, too. 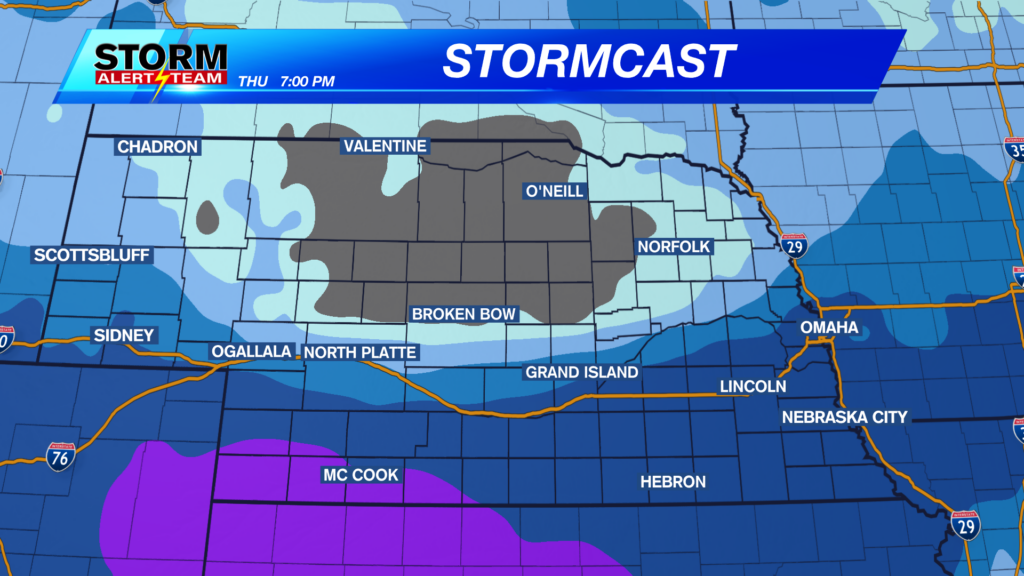 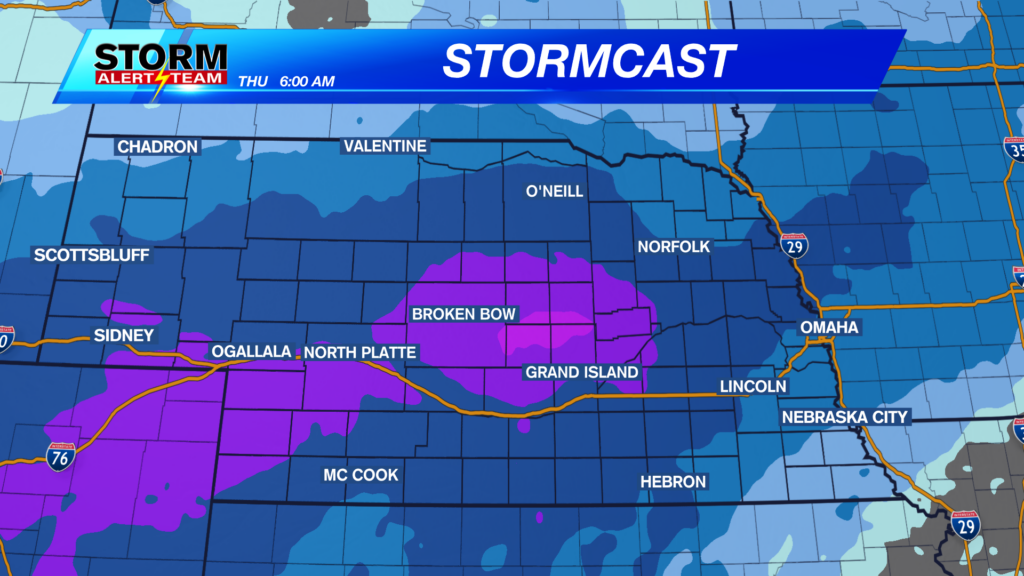 We will continue to monitor and give you the latest updates as we get closer to Wednesday.