LPD: one dead after Sunday shooting in downtown Lincoln

A 32-year-old Lincoln man is dead after am early morning shooting in downtown Lincoln. 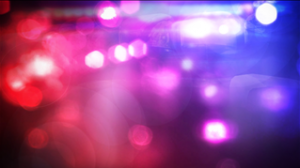 The Lincoln Police Department is investigating the shooting death of a 32 year-old Lincoln man. He was shot early Sunday morning on ‘O’ Street, between 13th and 14th streets. Lincoln Police have ruled the death a homicide.

In a press release, Lincoln Police say multiple officers were in the area at the time of the shooting completing an unrelated investigation and interacting with those patronizing downtown businesses. After hearing gunshots, officers then found an unresponsive male, laying on ‘O’ Street.

Emergency crews began CPR on the man and transported him to a local hospital where he later died. An autopsy had been requested and will confirm the cause of death.

An initial investigation shows a disturbance that preceded the shooting, however police do not believe there is an ongoing threat to the public.

In their release, police ask for the public’s help, “There were a large number of people in the area when the homicide occurred. If anyone has information which may assist in the identification and apprehension of those responsible please call the Lincoln Police Department at 402-441-6000 or Crime Stoppers at 402-475-3600.”

The victim’s identity has not yet been released.

This is a developing story, we will update it as more details become available.