LINCOLN, Neb. (KLKN) — The Lincoln community has been devastated by the loss of Investigator Mario Herrera, who lost his life after being shot in the line of duty.

Community members have been taking to social media to mourn and show their support for Herrera’s family. We will continue to update this story throughout the day.

WATCH – Pretty incredible moment the procession for Officer Mario Herrera arrived at Pinnacle Bank Arena.
First time being a part of something like that. Chills. pic.twitter.com/KcN6metUXh

Today, we honor and mourn a hero.

The University of Nebraska football team honored Herrera this morning by posting this powerful image to Twitter:

This is the scene outside of Pinnacle Bank Arena, where Inv. Herrera’s funeral is taking place:

Police cruisers for as far as the eye can see. From across Nebraska and even a few from our neighboring states. All here for Inv. Herrera. #LNK #Lincoln @Channel8ABC pic.twitter.com/JZaOvkZiwM

Normally the downtown is buzzing for a #Huskers game. Instead, a pretty somber scene at Pinnacle Bank Arena today before Officer Mario Herrera’s funeral. pic.twitter.com/RFbny8SED0

Garage view of the police cruisers lined up outside of PBA for Inv. Herrera’s funeral service.

The @OmahaPolice motor unit just arrived to escort fallen officer Mario Herrera from the Butherus-Maser & Love funeral home to PBA. The escort is slated to leave at 8:30 this morning. @Channel8ABC pic.twitter.com/zjYQLtLBb9 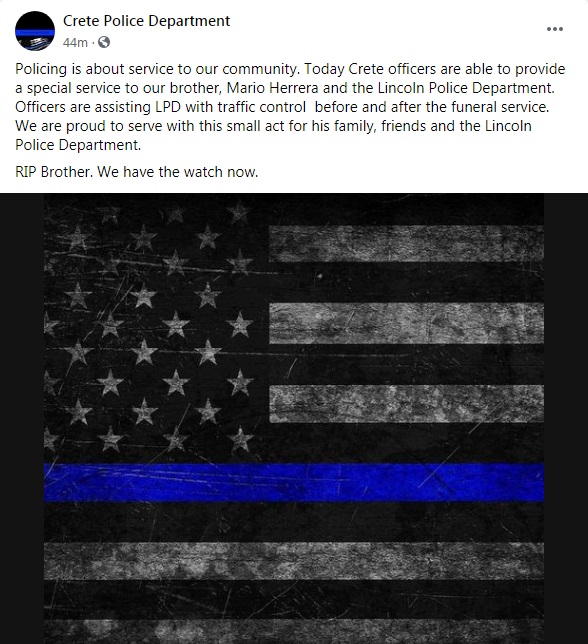 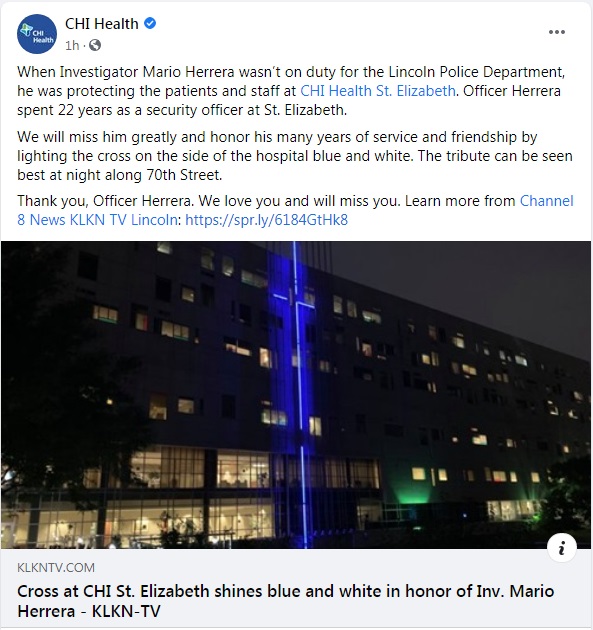 Today, we join our community in celebrating the life of Investigator Mario Herrera.

Mario was a 23-year veteran of @Lincoln_Police and an off-duty security officer at Bryan Medical Center.

We thank him for his service and offer our thoughts & prayers to his family. #LNK pic.twitter.com/r1zGRVxRi6

Inv. Mario Herrera’s name is displayed on the Cube at The Railyard.

“We celebrate heroes through movement.” A special workout today from Coach Stacy and Victress to celebrate the life and service of Investigator Herrera. pic.twitter.com/wl8ZH9fyJs

Other Lincolnites weighing in on social media: 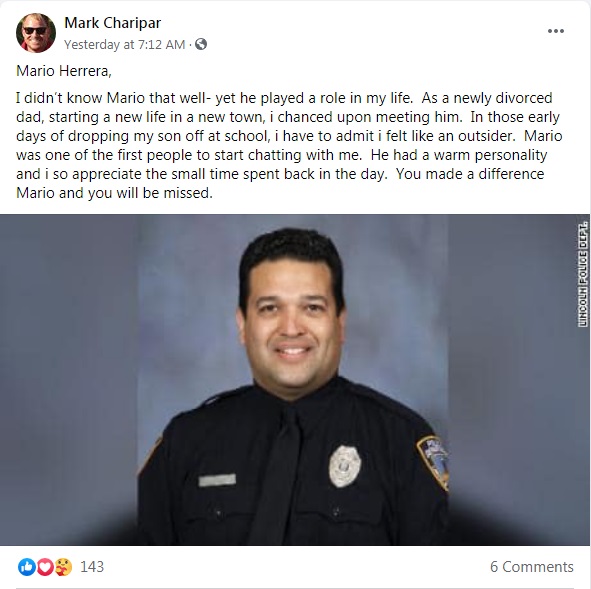 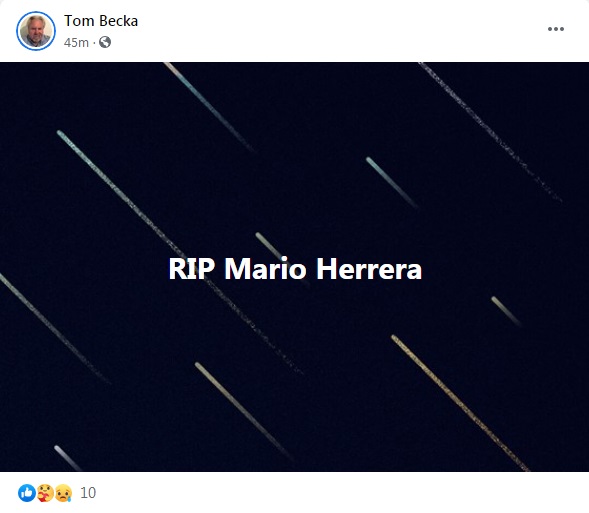 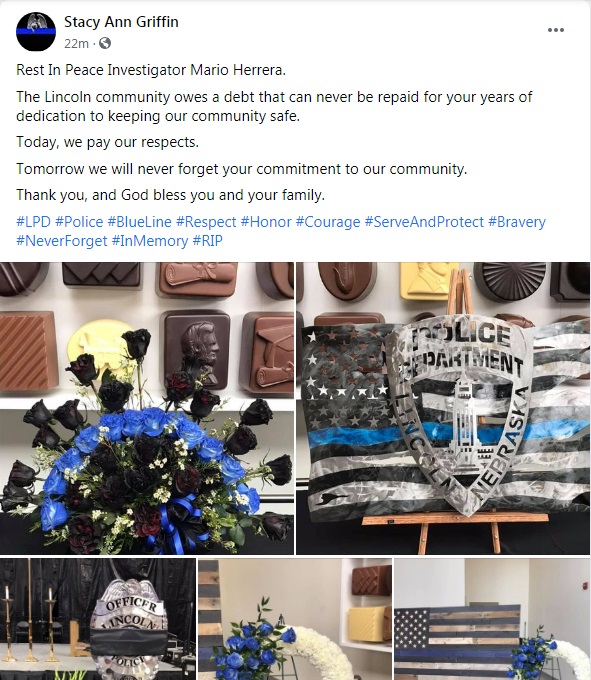 Nebraska hospitalizations increasing with holiday get-togethers on the way