The Lincoln Police Department says there has been a surge in gym theft reports this year.

In all of last year, there were 53 theft reports at local gyms. This year? There have already been 48 theft reports. 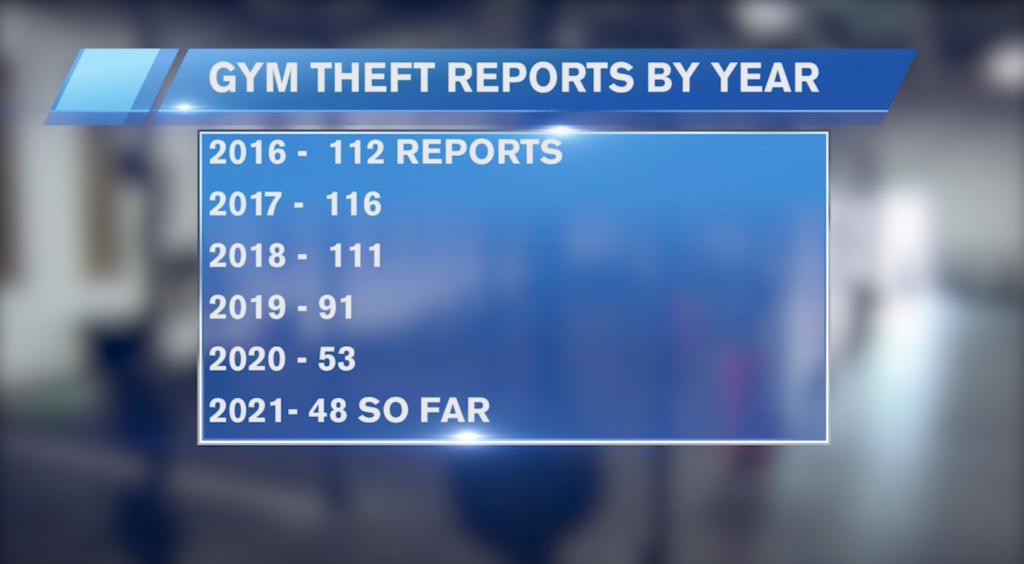 Jordan Holzfaster, who works out regularly after work, says he’s never been a victim of gym theft, but is aware of others who have.

“I’ve heard of people getting items stolen,” he said. “That seems to be from people who use a locker without putting a lock on for that workout, but I personally, luckily, have not been [a victim of gym theft.]”

LPD says these thefts typically happen while people are working out. Recent local gym theft-related crimes include victims having wallets, debit cards, keys, and even vehicles stolen from them.

“If I have anything real personal, I leave it in my truck and make sure it’s locked and what not, but i do have a locker [at the gym] and I make sure that’s locked with all my stuff,” Holzfaster said.

Tucker Nichols, who grew up in Wayne, says he has faith in people at his gym not to take his stuff, but makes sure to keep his valuables secured.

“I think [it’s] just being smart,” Nichols said.”If you have valuable things, don’t bring them into the gym and if you do have stuff like that, just make sure it’s locked.”