A livestock trailer transporting hogs overturned on Interstate 80 around 5 p.m. The driver of the semi was treated at the scene for minor injuries.

A few hogs died in the crash. There was a “big team effort” to corral the surviving hogs off the interstate, according to the patrol. 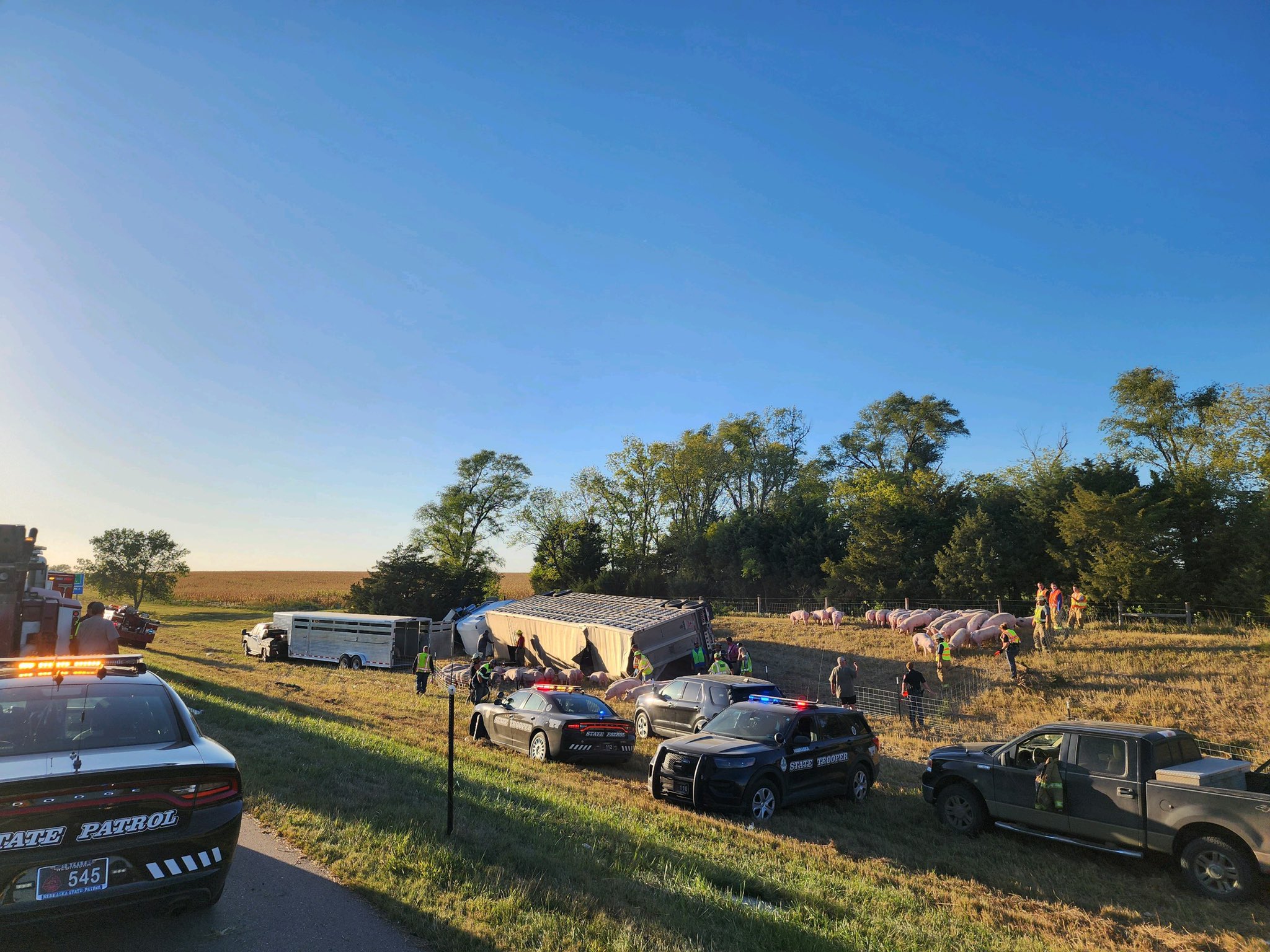 Quite the situation this evening near Grand Island on I-80. Thankfully the driver of this truck is ok. Thanks to a big team effort to help corral these hogs and keep them off the road. pic.twitter.com/a78K9hGK5F