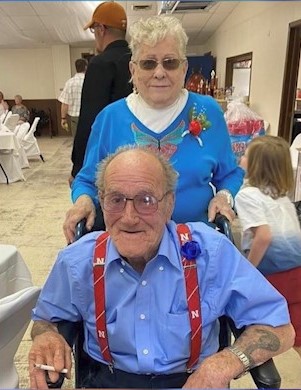 The couple was last seen in Aurora Friday afternoon.

The Nebraska State Patrol issued an Endangered Missing Advisory for the couple on Sunday.

The patrol said they may be traveling in a blue 2007 Chrysler Pacifica with Nebraska Navy plates with the number 1030.

Robert has dementia and needs medication, and Loveda becomes disoriented while driving at night, according to the patrol.