OPD said the officer who was shot is in stable condition and recovering.

OMAHA, Neb. (KMTV) – The Omaha Police Department is providing more information on an shooting on Friday that left an officer seriously injured.

Omaha Police said Officers Jeffrey Wittstruck and Joseph Kunza responded to the JC Penney store at Westroads Mall just before 3:30 p.m. Friday for a shoplifting suspect who had been detained by mall security after allegedly stealing a package of t-shirts.

Police said the suspect, 21-year-old Kenya Jenkins Jr., was not cooperative and initially gave a false name. Wittstruck told Jenkins to remove his backpack at which time police said Jenkins stood up and placed his right hand in his sweatshirt pocket. 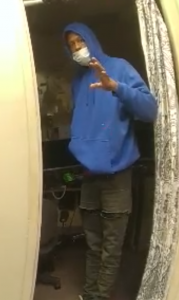 Police said Wittstruck asked Jenkins to show his hands multiple times but Jenkins refused. Wittstruck told Jenkins he was under arrest but police said Jenkins remained uncooperative, pushing Wittstruck away while he tried to place handcuffs on him.

At that point, police said a struggle began and Wittstruck drew his taser but Jenkins refused all directives and put his right hand back in his sweatshirt pocket.

Police said Wittstruck told Jenkins he had a taser but the probes that were deployed were ineffective. Wittstruck then tried to arrest Jenkins but another struggle ensued.

According to police, Jenkins pulled a gun out of his sweatshirt pocket and fired four times at Wittstruck, hitting him in the face and the top of his head. 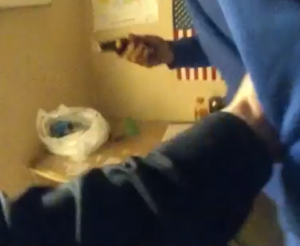 Police said Jenkins ran out of the office and left the area in a white BMW. 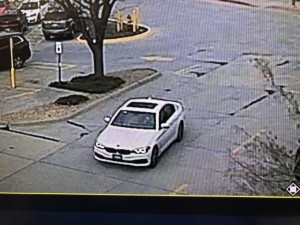 Kunza arrived, and he along with JC Penney employees provided aid to Wittstruck. He was brought to Nebraska Med in critical condition.

Police said Wittstruck’s body-worn camera recorded the entire incident and that his firearm had not been removed from its holster and was not fired.

Jenkins was taken into custody later Friday after a high speed chase on I-80 that began after his car was seen near the Gretna exit. According to police, Jenkins was traveling in excess of 140 miles per hour. Troopers deployed stop sticks near the Waverly interchange on I-80 and Jenkins’ car exited onto Highway 6 where it became stuck on railroad tracks.

Police said they found a Taurus .380 firearm in his possession.

Jenkins will be charged with attempted murder and use of weapon to commit a felony. Police said he has a previous history of resisting arrests and escape.

Police said Wittstruck is currently in stable condition and is recovering. He has been with the department since September 2016.

The investigation is ongoing.

“Our prayers are with Officer Wittstruck and his family for a full recovery. On behalf of all Omaha Police Officers, thank you for the showing of support and concern. Omaha Police Officers answer 911 calls over and over again throughout the day to keep Omaha safe. It is important to remember the dangers officers put themselves in on each and every call; calls that must be answered because someone was in need.”

Lincoln health expert says 'don't give up' on fitness resolutions