One more warm day coming for southeast Nebraska Thursday before it starts to feel, and look, more like winter.

Skies will start out mostly sunny Thursday morning.  By afternoon, expect clouds to be on the increase from the west.  Temperatures will again climb in to the 50°s for the afternoon.  Winds will shift around out of the north, sustained 5-12 mph, with occasional gusts to 18 mph.

Temperatures in southeast Nebraska exceeded expectations Wednesday afternoon.  Aided by a bit of sunshine, temperatures soared in to the upper 50°s and lower 60°s.  Grand Island made it to 61° and Lincoln reached 59°.

What is interesting about Lincoln’s high temperature… While not quite a record – 64° set in 1987 – it was the warmest for January 12 since 1987.  It also goes in to the books as the 4th warmest temperature for the date since 1887.

Eyes are trained on upper-level energy that is sitting off the shores of southwest Canada and the northwest United States.  The energy is expected to move onshore Thursday, kicking off moisture in southwest Canada. 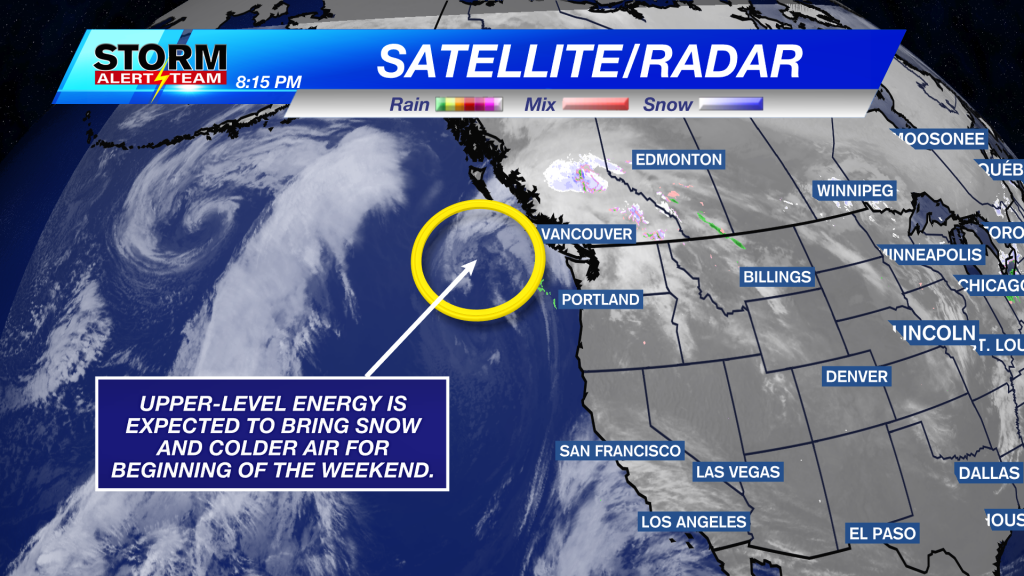 The energy is projected to dive south-southeast through the north-central Plains Friday.  Ahead of the colder air, light showers may begin to develop over southeast Nebraska Friday afternoon.  As the colder air infiltrates the atmospheric column, rain will begin to change over to snow Friday night.

One of the problems with the forecast as of Wednesday evening has to do with the upper-level energy remaining off shore.  Once it moves over land, weather balloons will be able to better sample what is going on in the atmosphere.  In turn, this will allow computer models to get a better handle on the system.

Once this occurs – likely starting with Thursday evening’s computer model runs – there could be changes to the forecast in regards to placement of the snow, how much moisture is available, how much dry air there could be, and temperatures throughout the column of air.  That is a long way of saying, “the forecast is likely to change in the next 24-36 hours.”

That being said, at this time it appears some accumulation will be possible.  Higher amounts looks more likely in central and west-central Iowa.  Amounts will drop off the farther west you go, from the Nebraska/Iowa state line to central Nebraska. 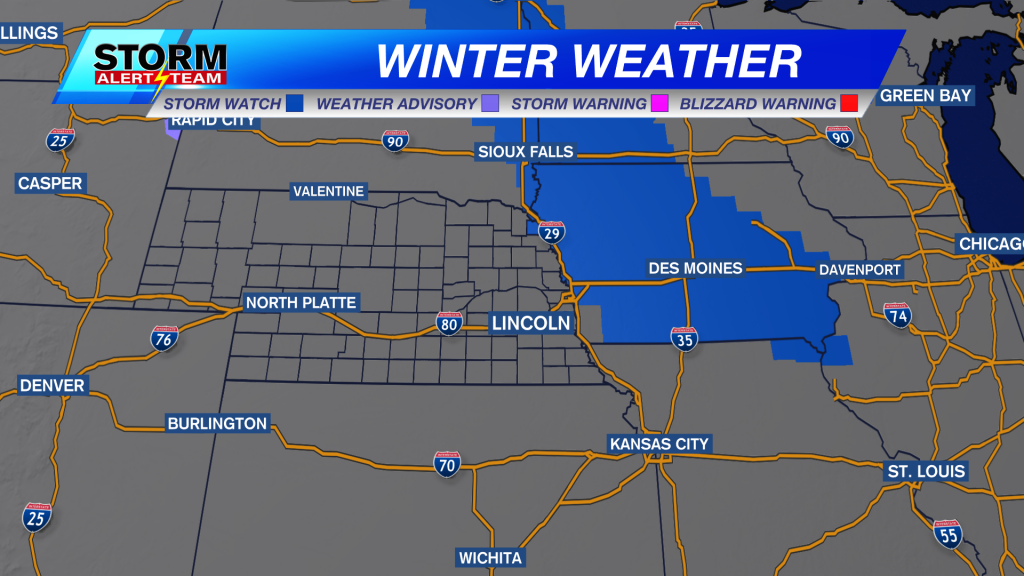 Winter Storm Watches have been hoisted for areas where higher snow totals are expected.  The watches are in effect Friday through Saturday morning.

There does appear to be enough moisture and cold air to produce a band of 2″ to 4″ of snow from O’Neill to Lincoln to Pawnee City.  Snow totals should quickly fall off west of that line.  The bulk of the snow should fall between 2 a.m. and 10 a.m. Saturday.

Continue to check back for further forecast updates.  We’ll be updating the forecast as more data becomes available.