Saturday was a bump in the road as far as high temperatures were concerned. Highs were only able to reach the low to mid-40s for most, compared to Friday’s 61°. 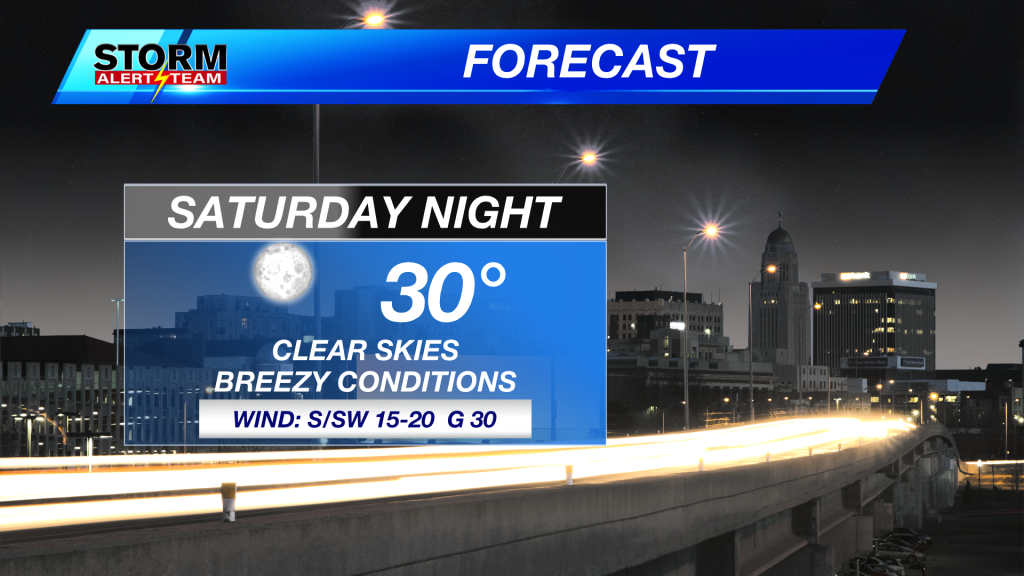 Despite a breezy start, wind speeds diminish for the day on Sunday. It will be very warm with highs in the middle-60s. I expect a few more clouds to enter the picture as well. 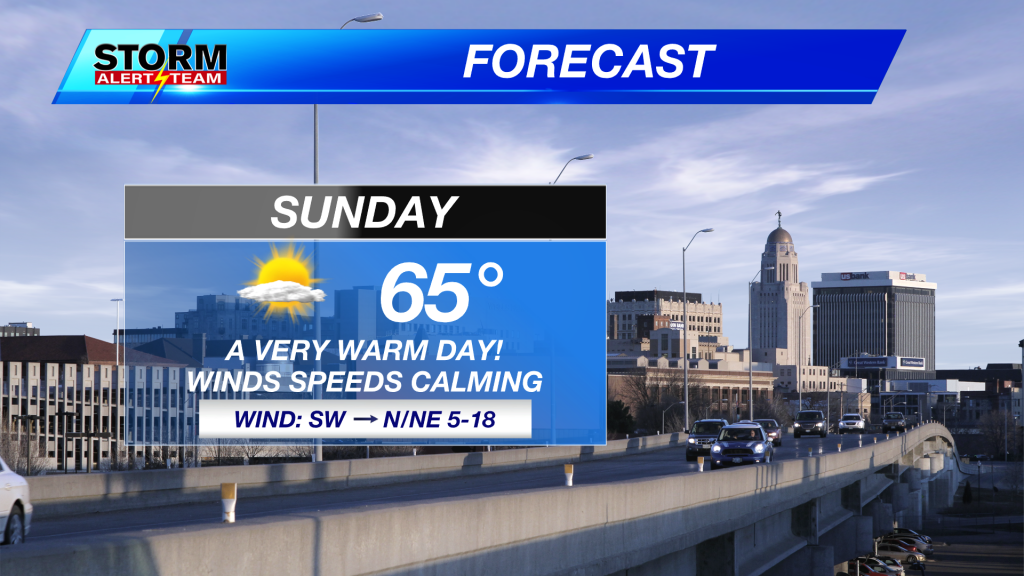 Savor the warm air on Sunday, because an arctic air mass arrives next week. Monday will serve as our transition day, with increasing clouds and tempertures dropping for the 2nd half of the day. Monday does look mostly dry as of now, but if we can get enough low-level moisture, we may be able to see isolated pockets of light wintry mix on Monday afternoon.

The arctic air will take full effect on Tuesday with highs dipping into the teens. There is the chance for a flurry or two on Tuesday morning, but this likely won’t amount to much in southeast Nebraska. The best chance to see any snow on Tuesday morning is to our north. 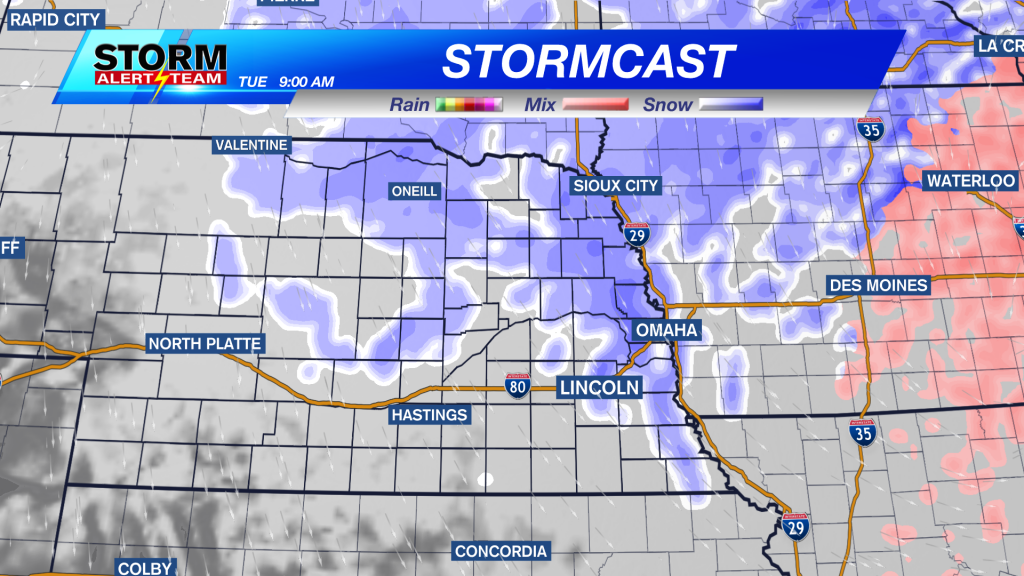 The bitterly cold air sticks around through the end of the week. In fact, we are watching another wave of low pressure that could bring some snow late Wednesday and into Thursday.

We’re not overly optimistic about this system just yet as computer model guidance is teeter-tottering over how much of an influence dry air may have. For now, we’ll mention the chance for a few snow showers on Thursday and make adjustments as needed in the coming days.