Two weeks after an alleged sexual assault at a UNL fraternity house, the organizer of the 'Ban FIJI Forever' petition is speaking out.

LINCOLN, Neb. (KLKN) – Two weeks after an alleged sexual assault at a UNL fraternity house, the organizer of the ‘Ban FIJI Forever’ petition is speaking out.

UNL sophomore Rose Felice organized the petition that has circulated online, amassing over 450,000 signatures in hopes that it would result in the fraternity, Phi Gamma Delta, being held accountable for its history of sexual assault allegations.

“Clearly the slap on the wrist does not work,” Felice said. “They need an actual permanent punishment to show this behavior consistently is not okay.”

After the alleged sexual assault of a 17-year-old by a member of the fraternity on August 24, the university closed FIJI house and suspended all fraternity operations while the investigation is ongoing.

FIJI had previously been suspended in 2017 by the university for behaviors including “reckless alcohol use, hazing and inappropriate sexually based behavior, including a pattern of sexually harassing conduct.”

Before being shut down again after the recent allegations, the fraternity had been reinstated on a probationary basis.

At UNL, the purple flag donning the fraternity’s letters has been removed from the house and the UNL FIJI chapter phone line has been disconnected.

Hanging on the outside of the FIJI house and several other fraternity house is a sign that reads, ‘Know More,’ with the letters ‘No’ being highlighted. 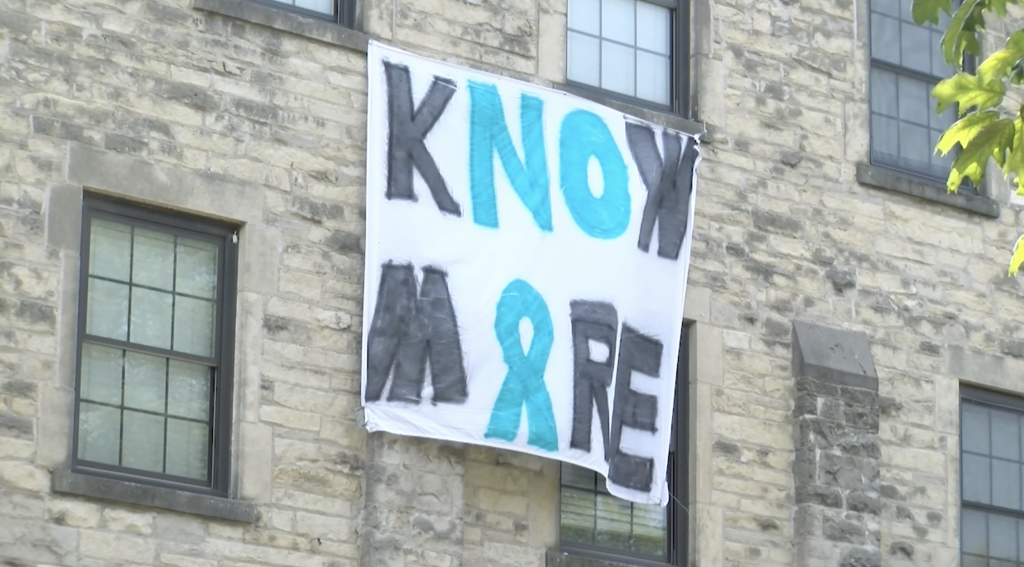 Nightly protests have subsided at UNL. However, other universities, including the University of Iowa, have had similar protests regarding the fraternity’s culture of sexual misconduct.

“It is a national issue, not just within the university system, but with the Phi Gamma Delta chapter specifically,” Felice said.

Felice says that she’s been told by fellow sorority members that she’s received threats since starting the petition.

“It’s been pretty stressful and I feel like a lot of people are relying on me which they should be relying on the policies and systems that we should have put in place for this stuff,” she said.

Her mission is twofold – she wants to see the resources for sexual assault victims improved on campus and see Phi Gamma Delta address the sexual assault allegations on a national scale.

Channel 8 reached out to the executive director of Phi Gamma Delta, Rob Caudill, about the sexual assault allegations against FIJI fraternity members. Caudill was not available to speak this afternoon.

Bryan Health, LPS team up for training on keeping athletes safe from the heat