It was quite a stormy night across southeast Nebraska with lots of lightning! The majority of the thunderstorm activity occurred before 5 AM, with light rain lasting until about 6 AM in Lincoln.

A cold front pushes through the area on Wednesday which will carry the cloud cover and rain away with it. A few scattered showers are possible through 10 AM as a piece of upper level energy swings through, but we’re mostly clear and dry by the afternoon.

High temperatures should stay in the 60s on Wednesday afternoon. How high we get is a battle between cooler air moving in behind Wednesday morning’s storm system and how much sunshine can warm up temperatures. We’re forecasting 68° for a high in Lincoln, with cooler temperatures farther west. Either way, we’ll be cooler than Tuesday’s 81° in Lincoln! 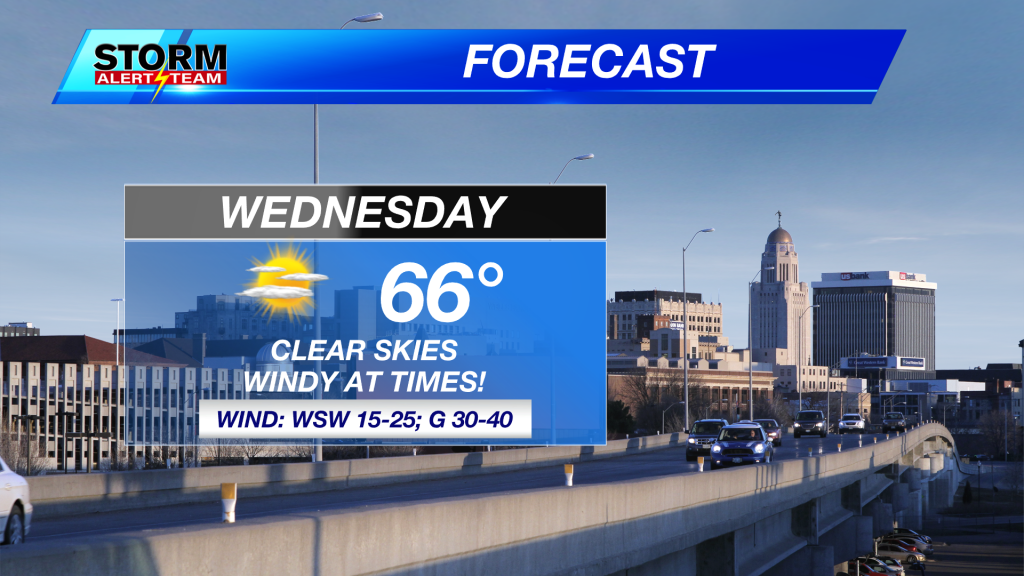 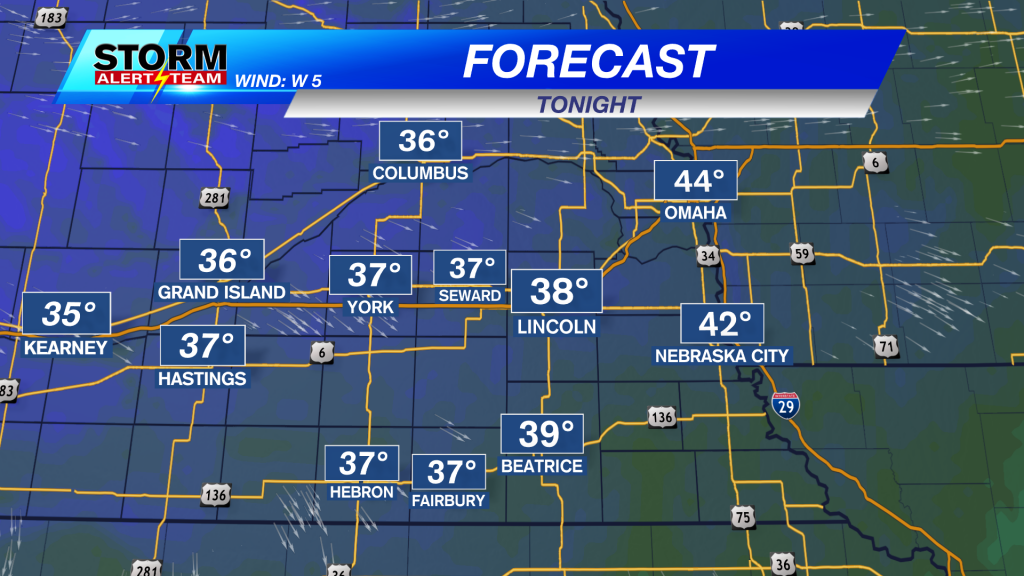 Temperatures should bottom out in the mid-30s closer to the Tri-Cities. This has prompted a Frost Advisory for several counties in the Channel 8 viewing area to the west. The Tri-Cities, McCook, Columbus, and Norfolk are included in the advisory. In fact, temperatures closer to freezing are possible in Broken Bow and in some of our counties in northern Nebraska. 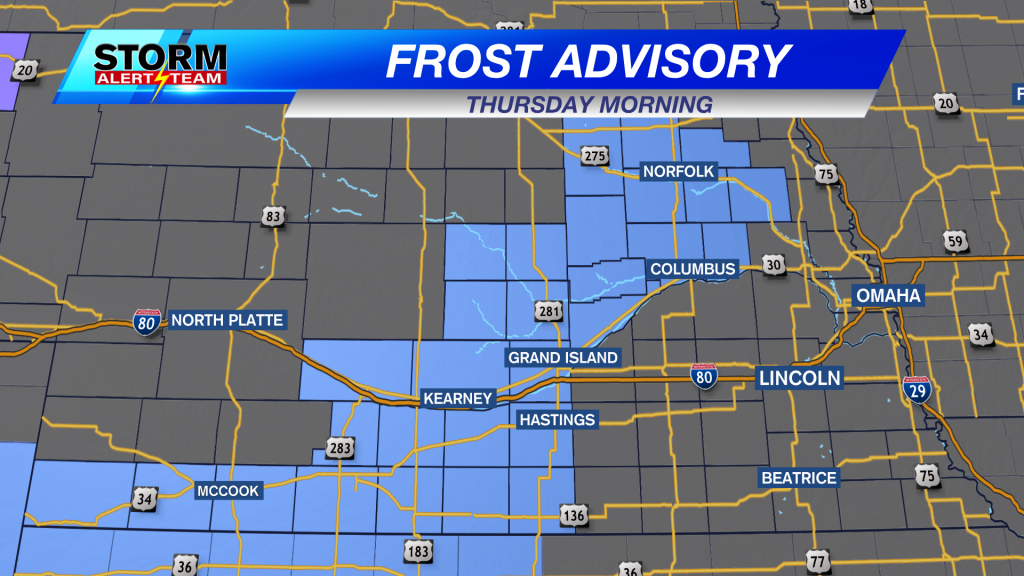 Rain chances look fairly limited over the next week. There is a small chance for an isolated shower late Thursday. That chance looks VERY small at this time and is reserved for the far southeast corner of the state. We’re otherwise dry through the weekend, with temperatures remaining comfortable.