Pleasant Sunday, but rain/snow affecting Nebraska by early next week

Once the clouds cleared on Saturday, we finally saw some sun for the first time in what seemed like a while. That clearing led to temperatures in the upper 40s, and mostly clear skies Saturday night into Sunday will lead to cooler evening temperatures in the lower 20s and upper teens. 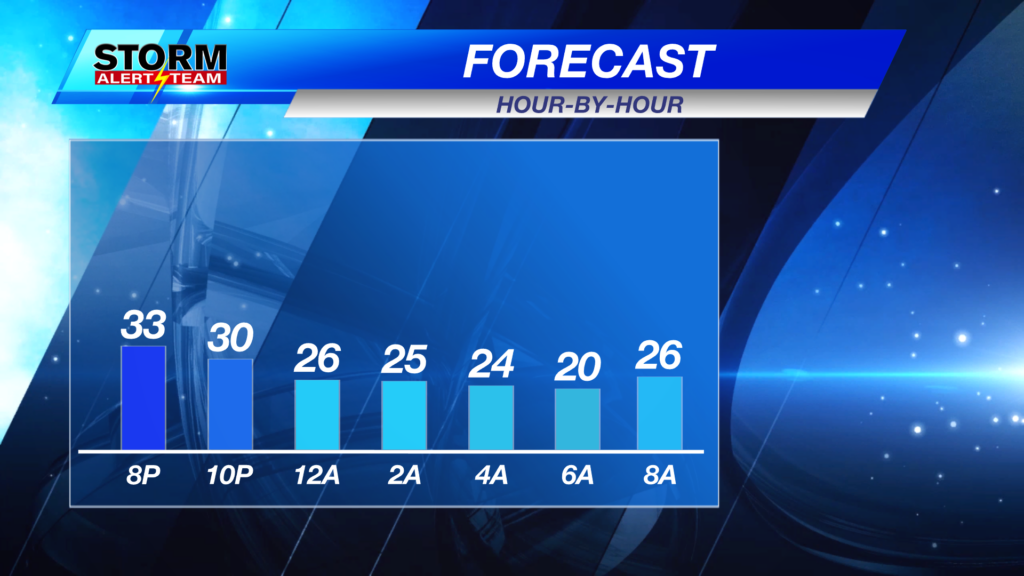 To round out the weekend, the weather stays quiet for now. Temperatures will bump up a bit Sunday afternoon, with highs in the lower 50s and almost 10°F+ warmer than average. It’ll be a pleasant day for December, with mostly sunny skies but clouds rolling in later on. 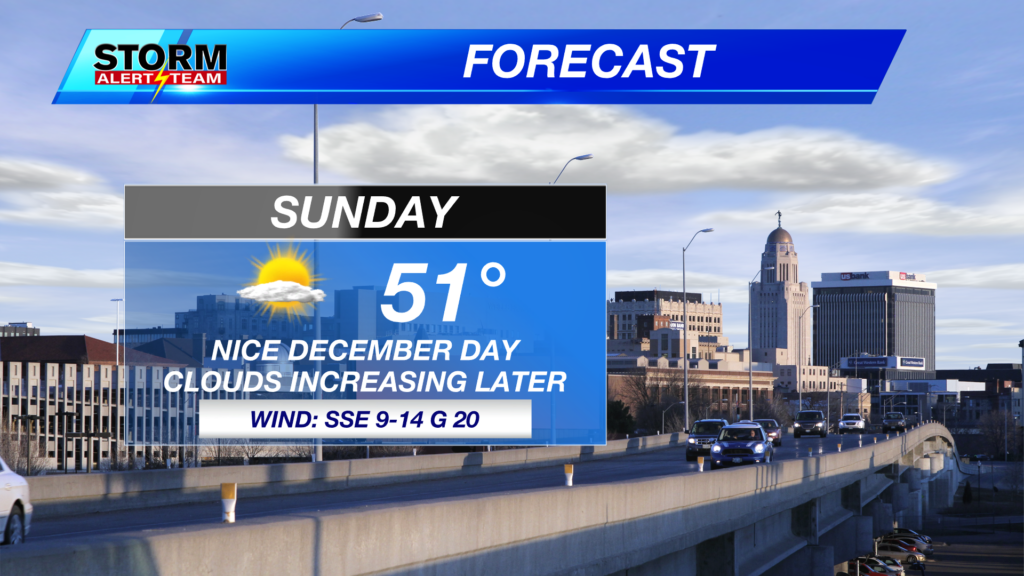 Our eyes have been on a stronger system looking to form through central Nebraska late Monday into Tuesday. As of Saturday, a Winter Storm Watch was issued for Monday evening through Wednesday night for counties shaded in blue (below) for weather conditions that could include 12″+ of snow, mixed precipitation/ice and gusts up to 50 mph. 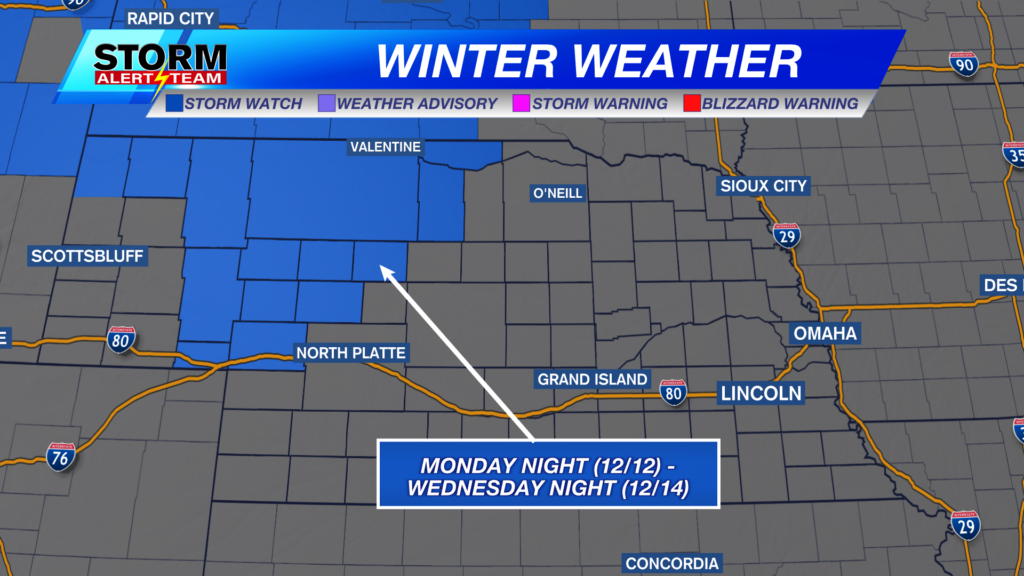 Based on model guidance so far, eastern Nebraska looks to receive rain out of this system, and western portions of the state will keep with snow chances. This system looks to give southeastern Nebraska a better look at some moisture, too, with some models looking at a quarter to half an inch of rain accumulating. 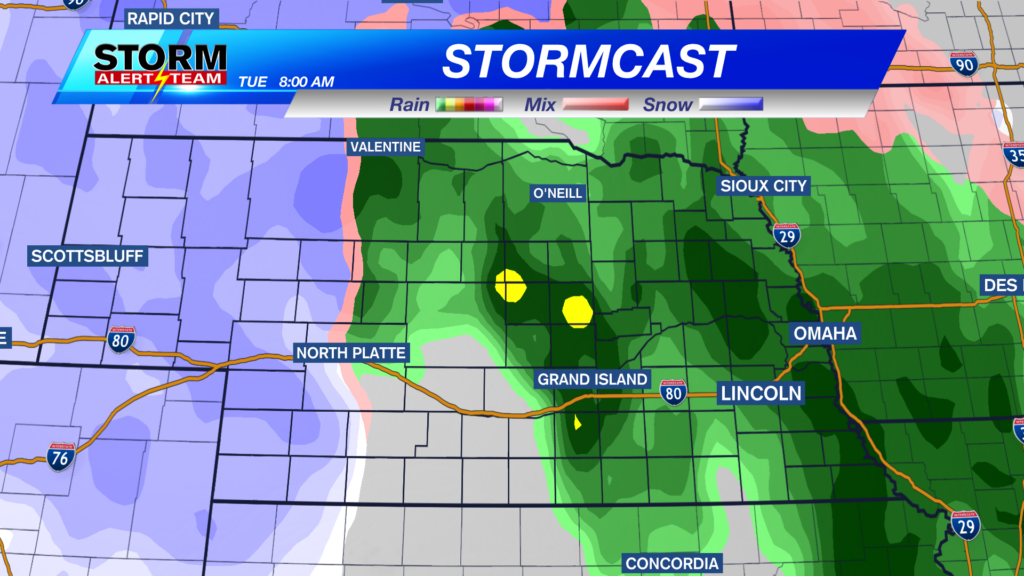 After rain chances Monday into Tuesday and a light snow chance Wednesday, cooler air could be making its way into the picture once more with potential temperatures as low as the 20s for a high by next weekend.