Cloud cover is blanketing the southeast Nebraska sky to start the day on Thursday. While Lincoln will remain dry early Thursday morning, rain will be ongoing farther west.

The Tri-Cities will benefit from some rain on Thursday morning. That rain will spread eastward, with isolated showers perhaps arriving in Lincoln closer to lunchtime. Lincoln sees a better opportunity for rainfall throughout the afternoon and evening on Thursday. 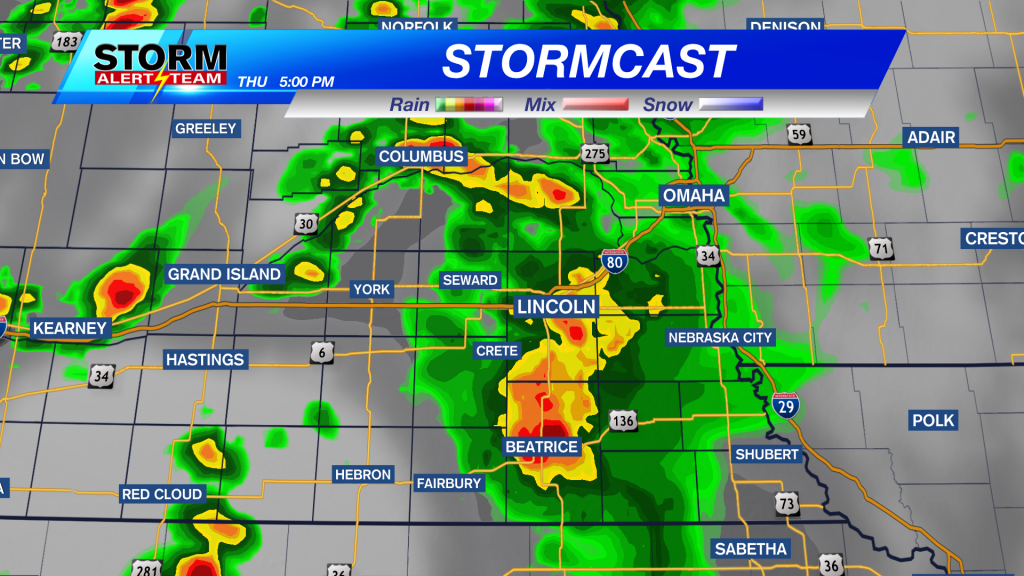 This wave of storms should have more “juice” to work with, so we won’t rule out a few strong to severe storms west of Lincoln on Thursday evening. All severe hazards are possible.

As these storms move eastward towards Lincoln on Thursday night, the storms will start to weaken to some extent. While there is still the potential for a strong to severe storm in Lincoln, the threat will lower as time progresses on Thursday evening. I think flash flooding will be a greater concern closer to Lincoln. This is especially true in areas that saw decent amounts of rainfall on Monday night/Tuesday morning. 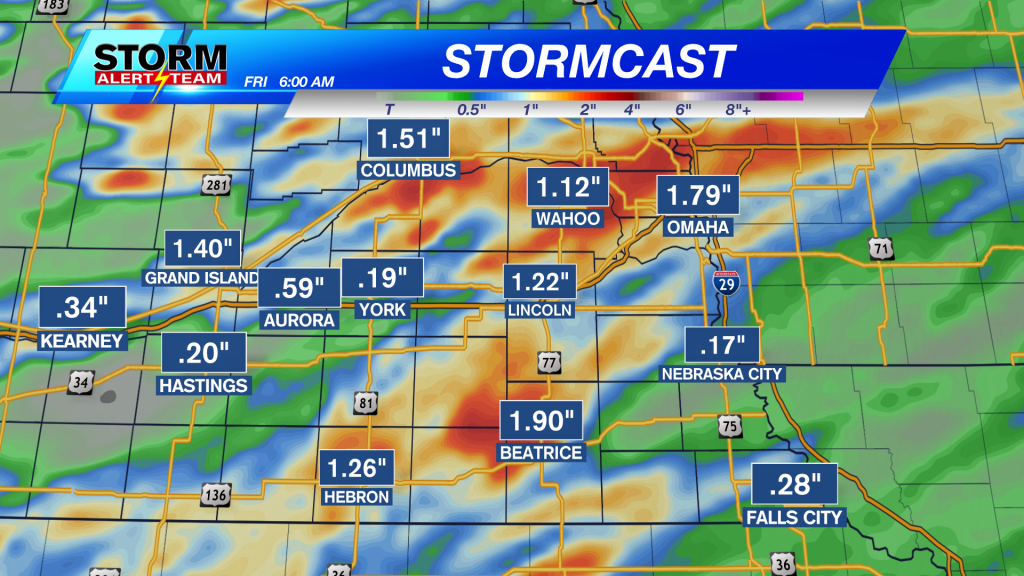 Storms aside, we’re otherwise cloudy for Thursday with highs in the upper-70s and low-80s. It will be breezy with southeast winds gusting near 30 mph at times. 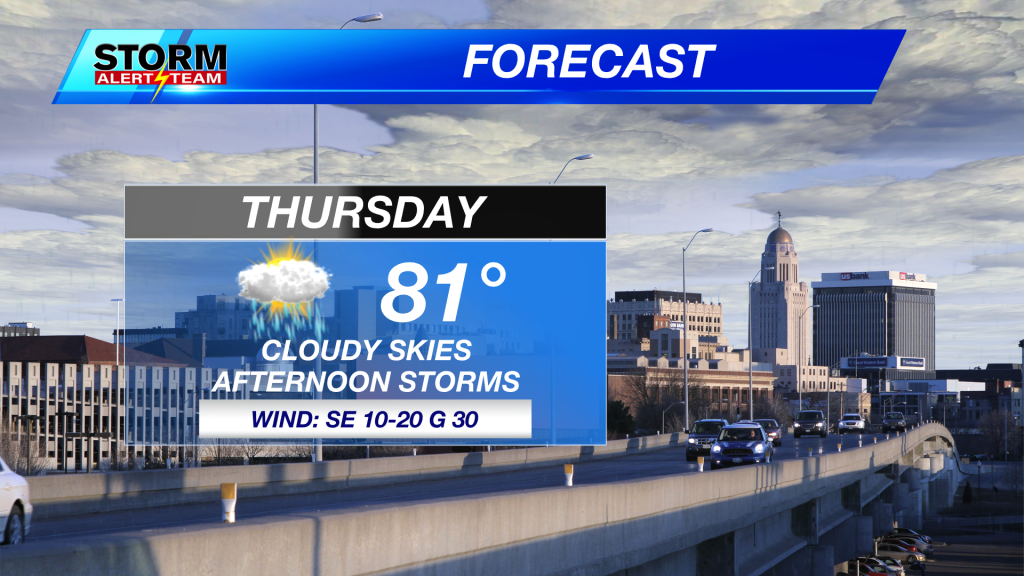