After an eventful Tuesday night, things were a lot quieter for the day on Wednesday. We saw a lot of sunshine, and the air felt fantastic with temperatures in the upper-70s and even low-80s for some.

We are watching some clouds to the west which will eventually make their way into southeast Nebraska by Thursday morning. That said, we’re mostly clear for the majority of the overnight stretch, with a low in the middle-50s. 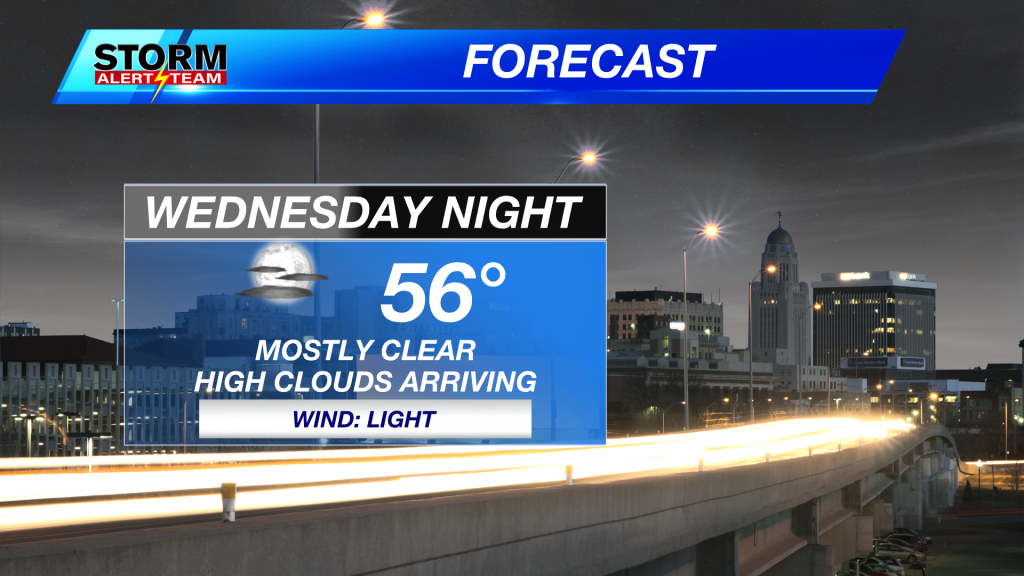 Skies should be partly to mostly cloudy on Thursday. Some showers may crop up in western Nebraska on Thursday morning. A few of these may try to make a run for eastern Nebraska. As a result, we’re not completely ruling out a hit-or-miss shower in Lincoln during the late morning or afternoon hours. Chances are, these will be more miss than hit.

We’re looking at an afternoon high in the lower-80s. Winds will return out of the south on Thursday at around 10-15 mph during the afternoon. 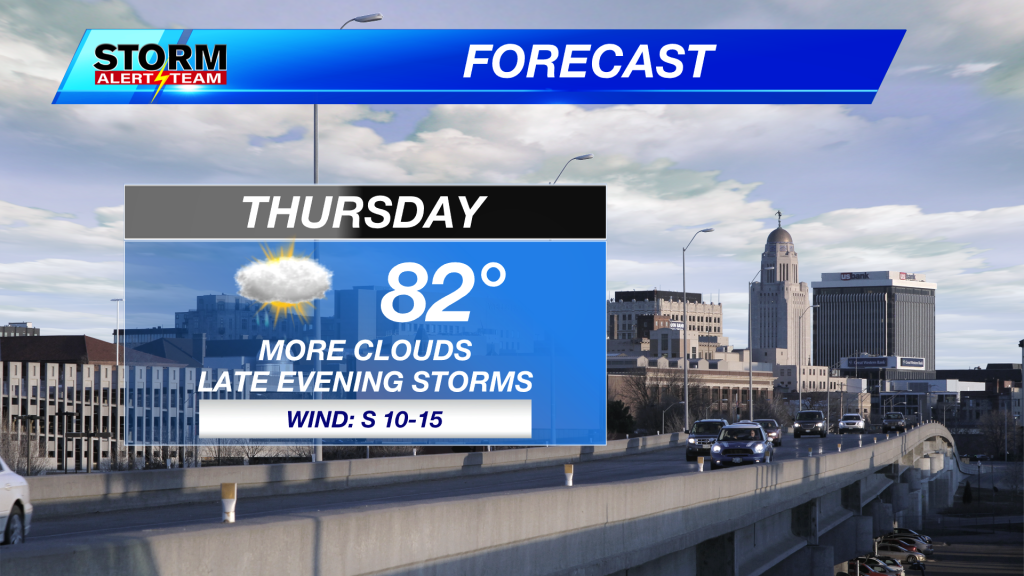 On Thursday afternoon, we will be watching the potential for a few storms to develop in central Nebraska. These could be on the stronger side, with large hail, gusty winds, and a brief spin-up not out of the question. We do not expect severe weather on Thursday to be as widespread as it was on Tuesday night. In fact, the best chance to see a severe storm or two is to the west of Lincoln, closer to the Tri-Cities. 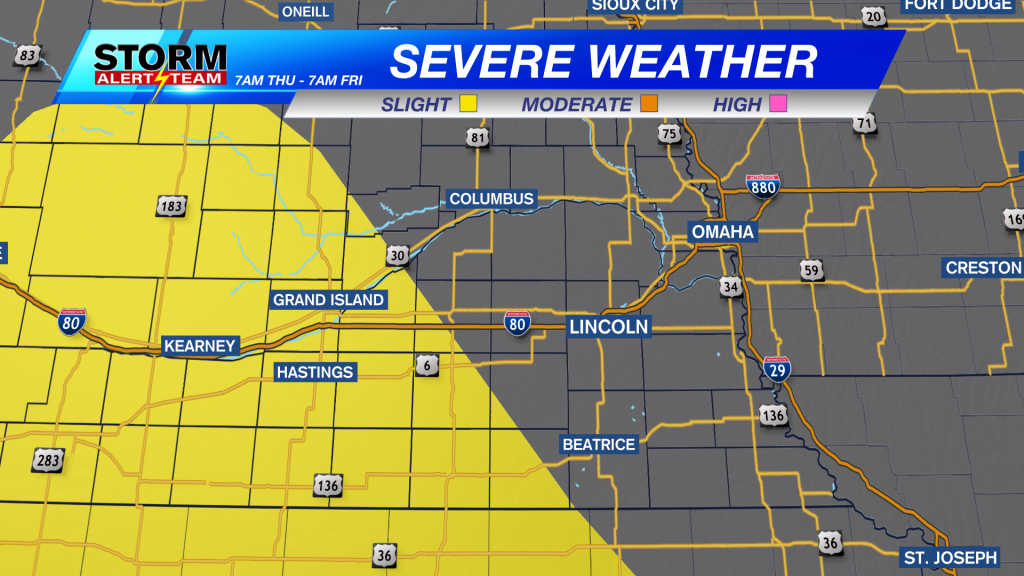 Scattered storms are possible in Lincoln as the night progresses, but most of the storms in eastern Nebraska will likely be sub-severe. While there is still a bit of disagreement about the timing of everything, any evening storms appear to be possible after 7 p.m. Thursday near the Tri-Cities and after 9 p.m. in Lincoln.

A few may miss out on the activity altogether depending on how scattered the storms are. Most of that activity should depart by early Friday morning. Long story short, this should not be another repeat of Tuesday night.

As we head into the weekend, temperatures will start to climb. We’re back in the upper-80s on Sunday and into the 90s on Monday.