Rain looking likely for much of Monday

Sunday was a great day to be outdoors – fantastic weather for the Lincoln Marathon! High temperatures made it to the middle to upper-60s for most along with abundant sunshine.

High clouds eventually started to move into the area on Sunday afternoon. This will continue on Sunday evening. Clouds will gradually increase for the overnight hours and will be a lot thicker by Monday morning. We’re looking at lows in the low to mid-40s on Monday morning in Lincoln. 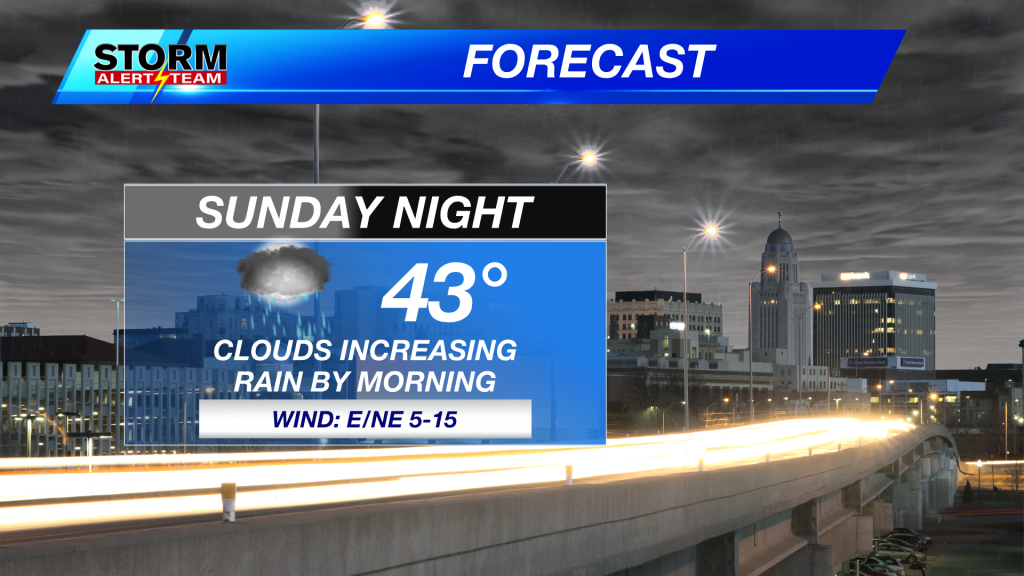 Temperatures will be significantly cooler on Monday. Most will see high temperatures remaining in the 40s. We’re forecasting an afternoon high of 47° in Lincoln – and even that may be pushing it. We do expect quite a bit of rainfall on Monday. 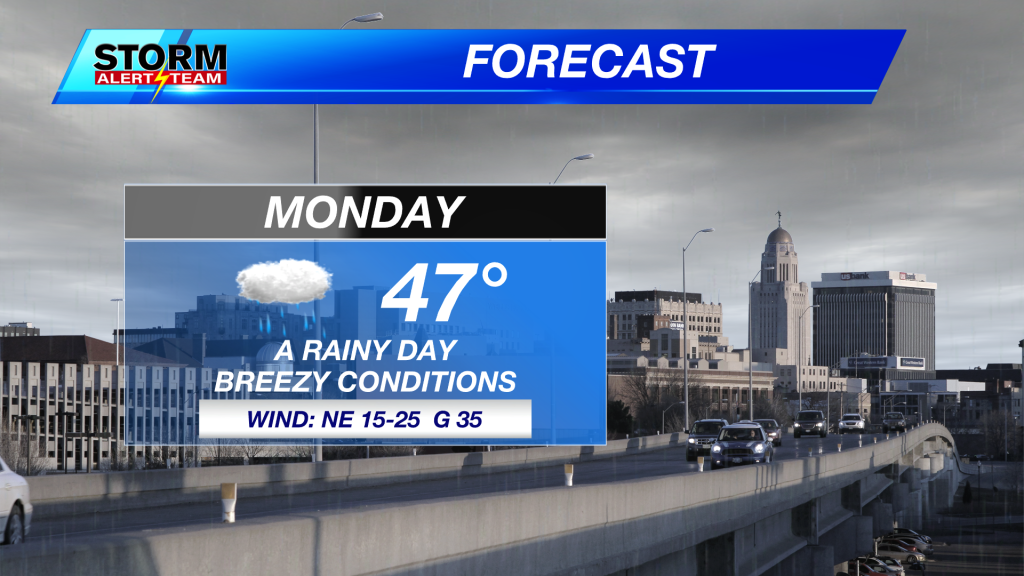 As far as the rain timeline is concerned, rain starts to overspread southwest Nebraska by midnight, with the Tri-Cities perhaps seeing some scattered showers shortly thereafter.

Widespread rain starts to approach the Tri-Cities overnight Sunday. As this happens, scattered showers start to become possible in Lincoln in the 2-5 am timeframe.

After 7 am, widespread rain starts to approach the capital city. This will be with us throughout the afternoon and evening on Monday. Rain exits late Monday and into Tuesday morning. 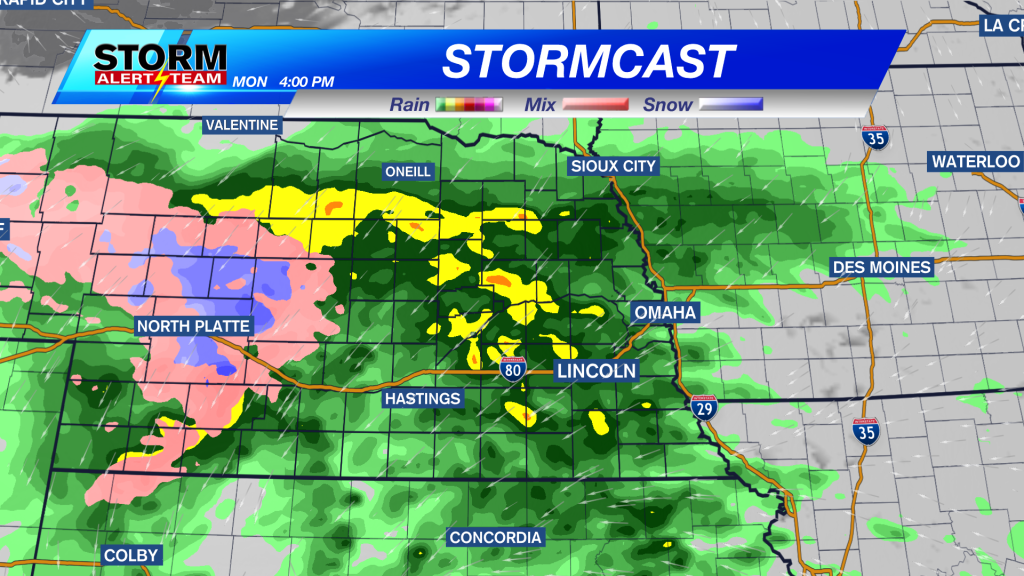 As far as how much rainfall we could see, there’s a good chance that many will receive over 1″ of much-needed rainfall. This will not be limited to southeast Nebraska, but will be a statewide event for the most part. 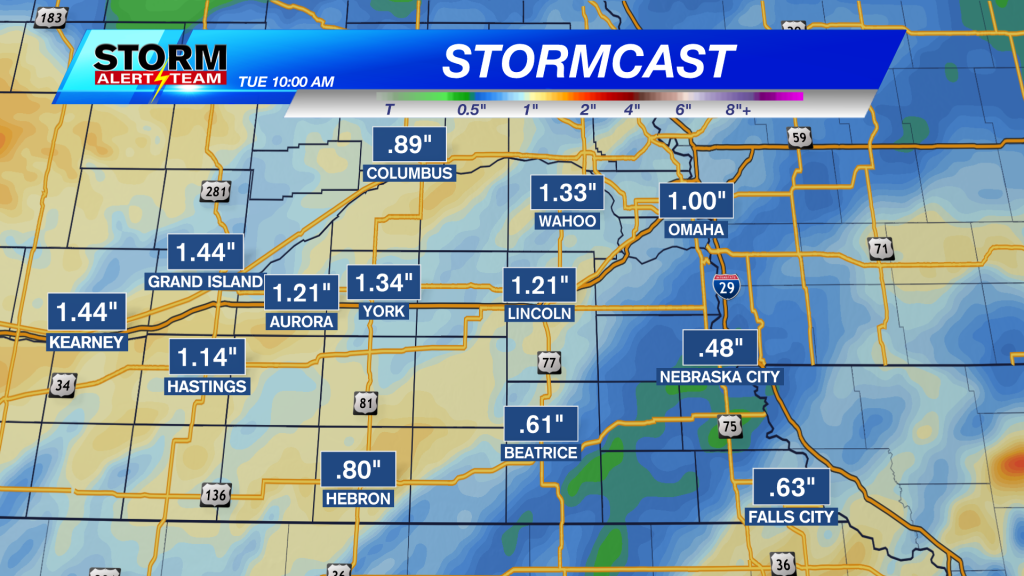 I should mention that computer model guidance is hinting at the chance for a rain/snow mix to the west. One model projects this occurring as far east as Greeley, but that is a less likely scenario. A rain/snow mix is possible mainly west of Kearney and Ord where at best, 1-2″ of accumulation is possible. No snow will fall in Lincoln.

We will be on the cool side of this system, so we do not expect any severe weather on Monday. We do dry out for Tuesday before another potential rainmaker arrives late Wednesday and into Thursday. Overall, it should be a week with lots of cool temperatures.