A winter weather system will be moving into Nebraska as we move into Thursday (details below!).

But before that, we have a quiet and relatively mild Wednesday to look forward to.

After Thursday, we have a quiet couple of days as we head into the weekend.

Another chance for some mixed precipitation then comes our way again Sunday into early next week! 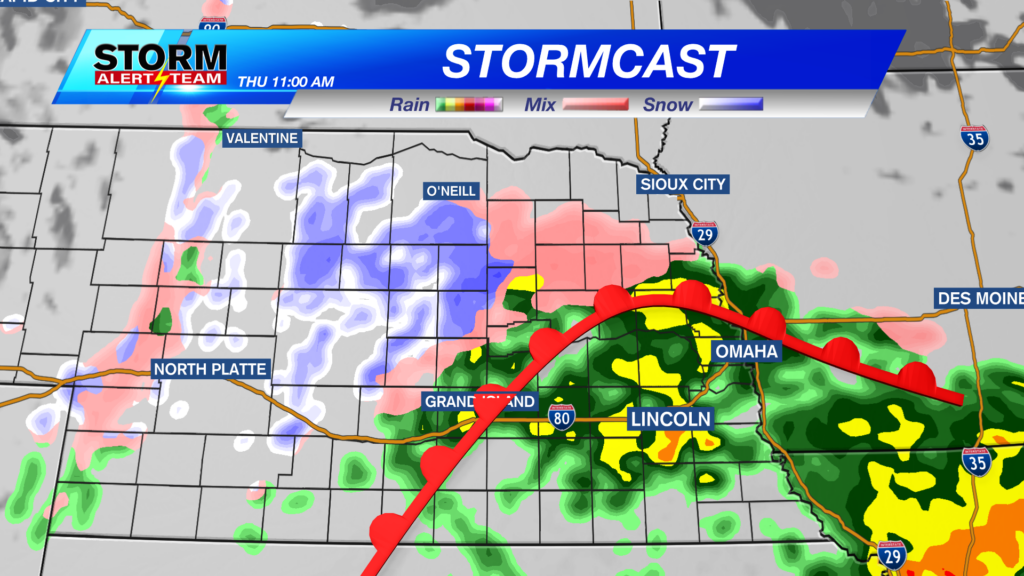 As for the system headed our way Thursday, precipitation starts to move in around sunrise in southern Nebraska as rain.

It will then transition to snow to the north and northwest, rain/ice/mix in central and northeast Nebraska, and just rain in southeast Nebraska. Exactly where will be determined by a warm front. See above. 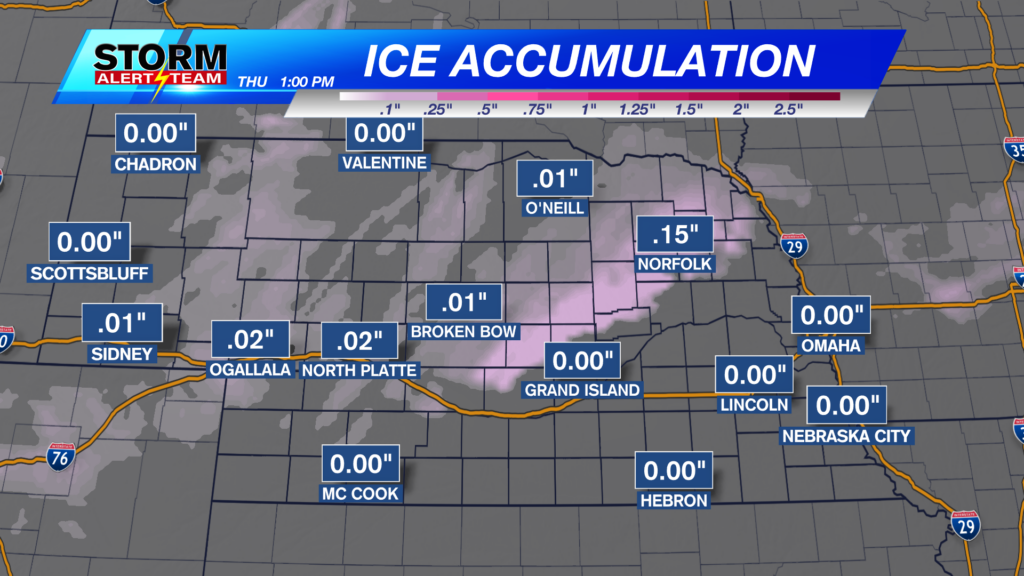 The best chance for freezing drizzle/rain potential is where you see the pink shading above.

Again, this will be determined by a warm front, and exactly where this happens and how much is seen will vary greatly. Be sure to watch for our updates on this! 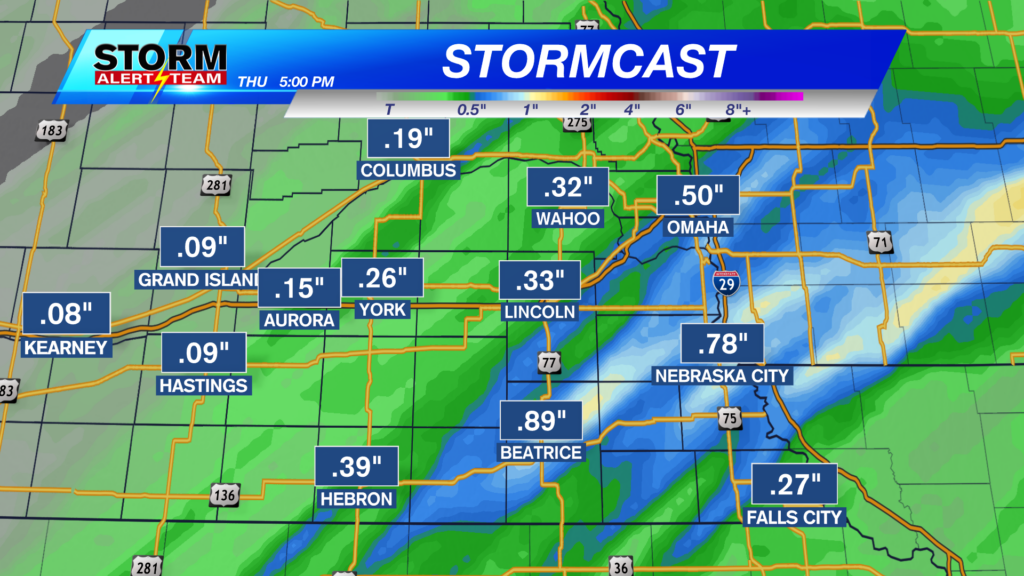 Southeast Nebraska will be on the warm side of the warm front, so most of the precipitation will fall as rain (above). The best chance will be in far SE Nebraska, with areas further north potentially seeing freezing rain and snow mix in, thus lower amounts. 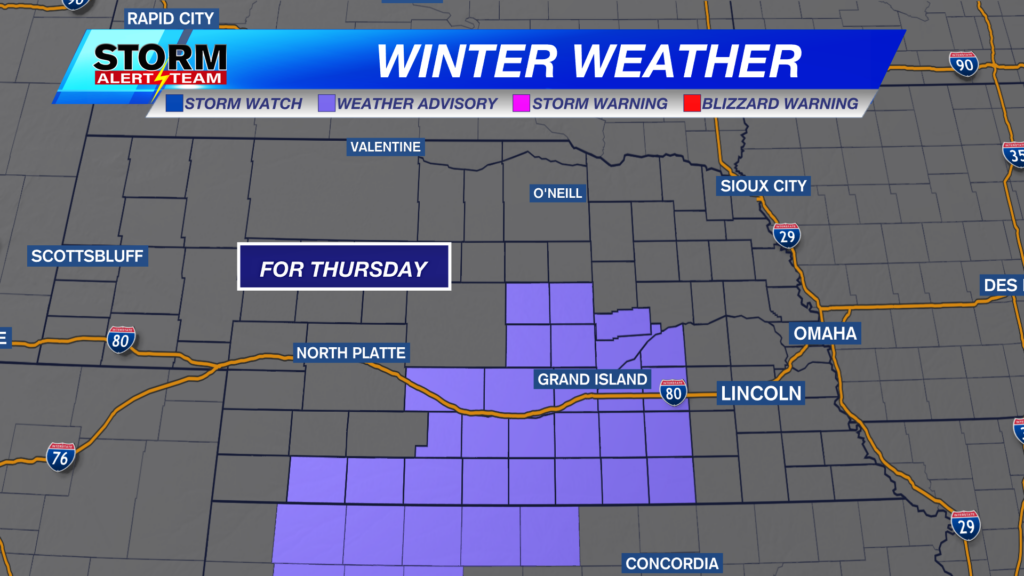 Because of the rain/snow/mix/ice potential, we have a Winter Weather Advisory in place for Thursday. This is in place for parts of central and southwest Nebraska.

We may see more before the storm gets here Thursday, so stay tuned!