As an upper-level low system still sits off to our east and a ridge builds in from the west, we will continue to get colder. A high-pressure system originating from the Arctic is pulling frigid temperatures farther south, giving us the chance to break records Monday evening into Tuesday morning. Lincoln looks to have the best chance to break the old record set in 1972 of 21°. 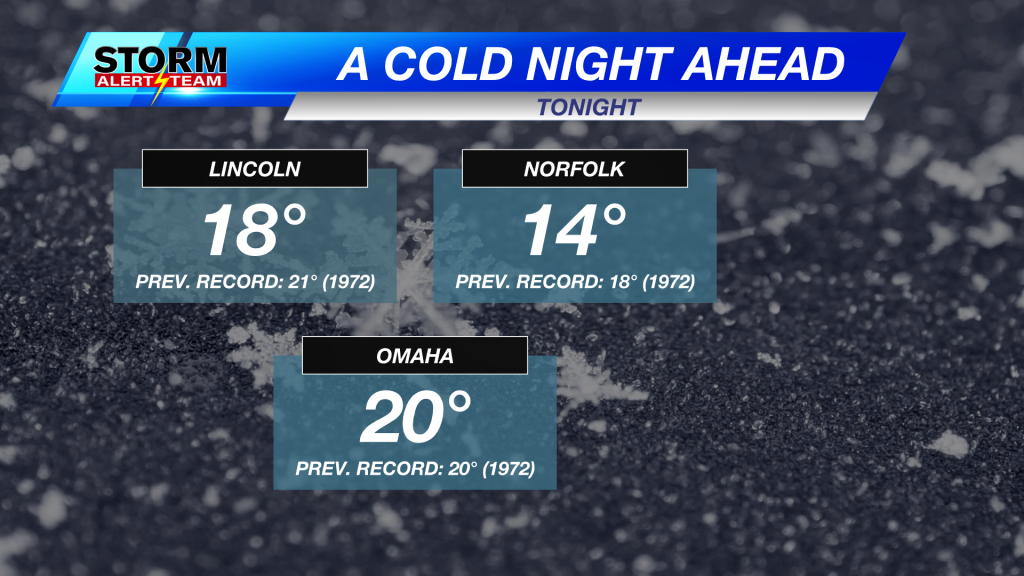 If you are wondering how long this cold air will be sticking around, it won’t be forever. We will likely see low temperatures in the upper teens for the next couple mornings before we warm up near the end of the week. We will see a response in the high temperatures as well, rebounding to near-normal by Thursday. 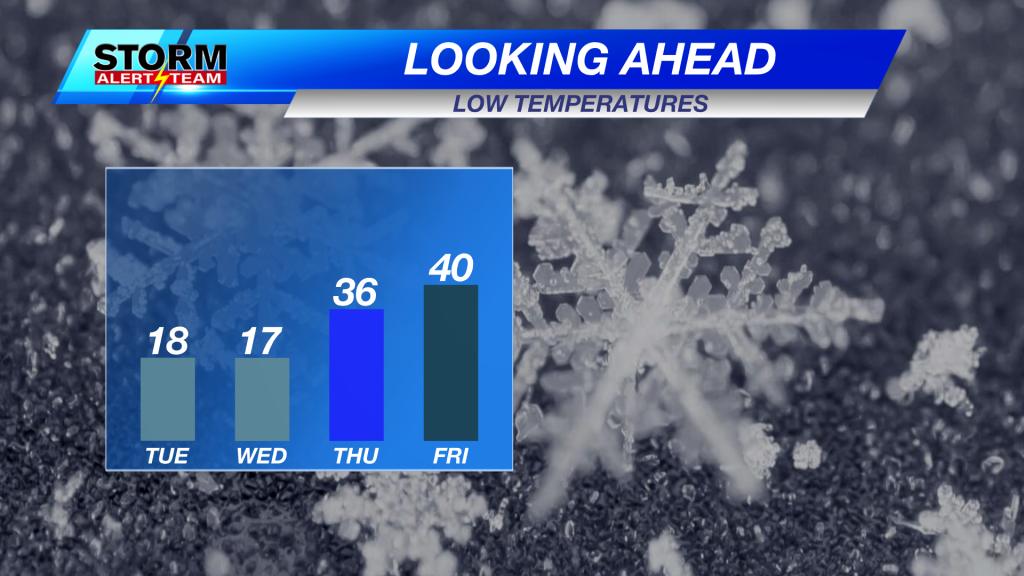 With the colder start on Tuesday, temperatures will struggle to make it into the upper 40s throughout the afternoon as northerly winds continue. We could see gusts still upwards of 25 miles per hour, and winds will start to pick up in the morning. Because of this, wind chills tomorrow morning could be in the lower teens making the day as a whole feel very chilly for any outdoor activities. 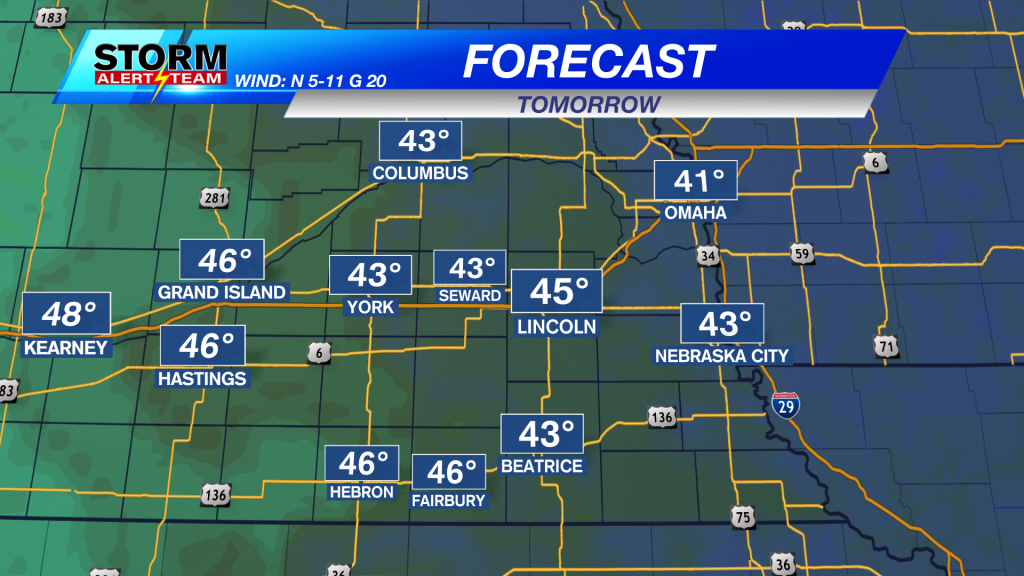 With the ridge settling in and sinking air, a lot of sunshine and clear skies are in the days to come. As winds eventually shift out of the southwest later in the week, warmer weather will be upon us by the weekend for temperatures potentially reaching 80° again!