Saying goodbye to temperatures above 60°

After a week of unseasonably warm temperatures, temperatures dropped closer to where we should be for this time of year on Saturday. Despite morning clouds, most were successful in clearing out by the afternoon.

The clouds return Saturday evening, overnight, and into Sunday morning. We should be partly to mostly cloudy in the overnight hours. Low temperatures should bottom out near 37° in Lincoln. 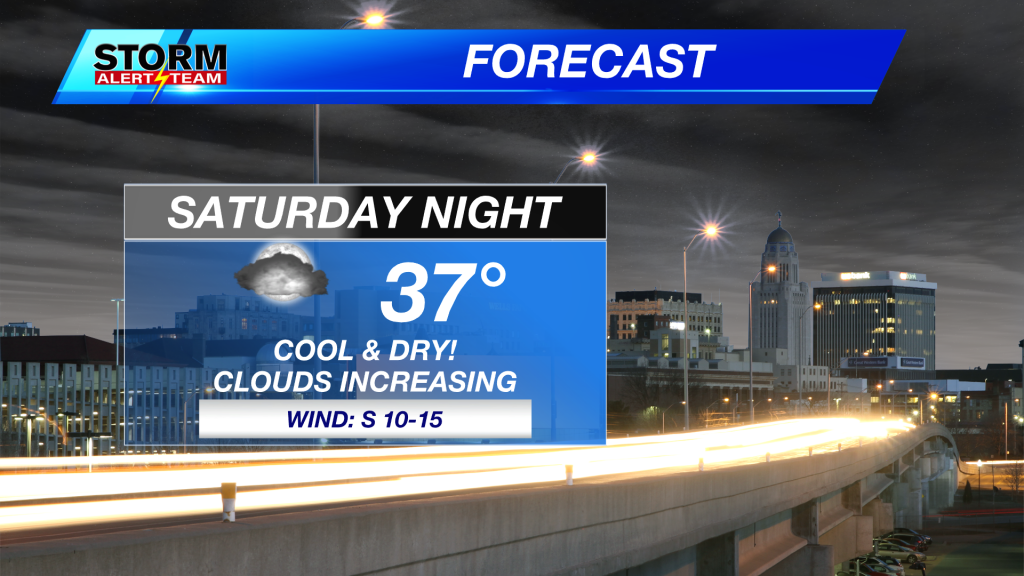 A cold front approaches on Sunday. As a result, we’re keeping clouds throughout much of the day. We should be partly to mostly cloudy, and the clouds will likely be thickest in the first half of the day. High temperatures should be slightly cooler compared to Saturday – in the middle-50s in Lincoln. 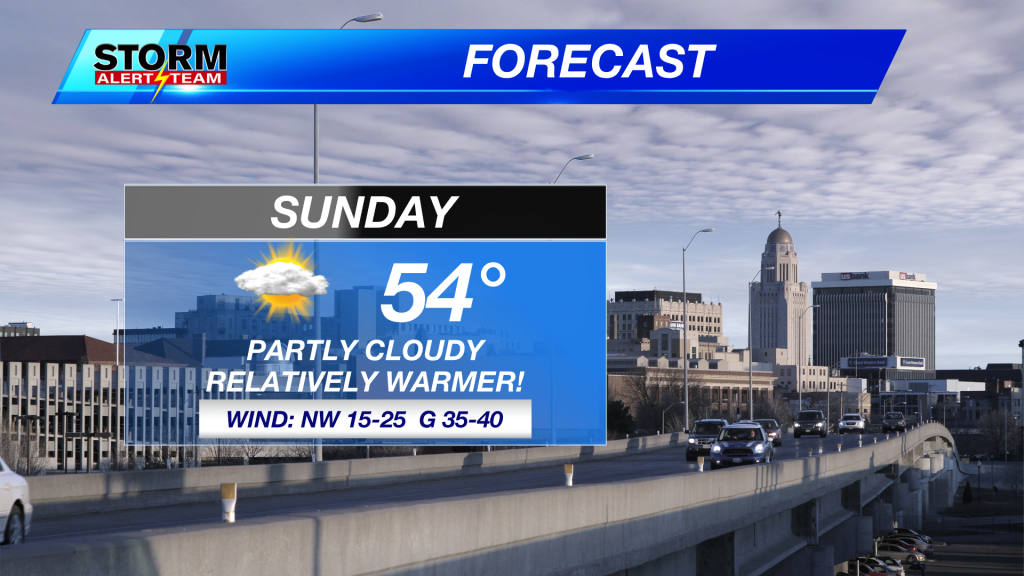 Behind Sunday’s front resides significantly cooler temperatures. Highs will struggle to get out of the 30s on Monday, and it will likely be breezy. Tuesday looks like another chilly day, and we can’t rule out a few brief snow showers on Tuesday.

We’re looking dry on Wednesday and Thursday as of now. The next big storm system appears to arrive on Friday. Some computer model guidance is hinting at the possibility of snow in Nebraska on Friday. For now, this is just something to watch – we’re still too far out to pinpoint details. 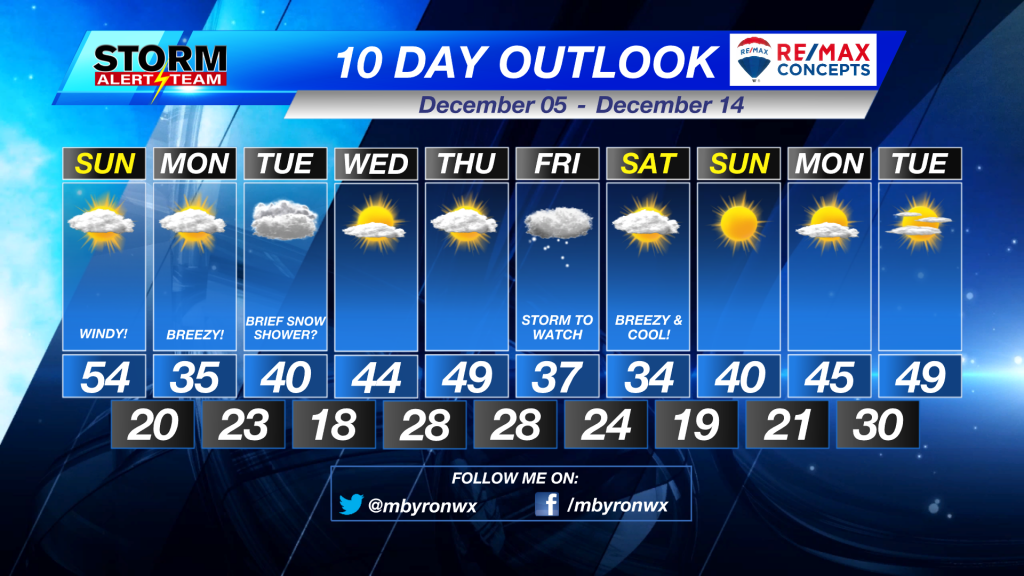