Aside from a few isolated showers during the morning, Monday started out on a dry note across southeast Nebraska. The rest of Monday looks partly cloudy, although a few isolated storms cannot be ruled out in the afternoon. It’ll be another cool day with highs near normal for this time of year – a high temperature near 85°. 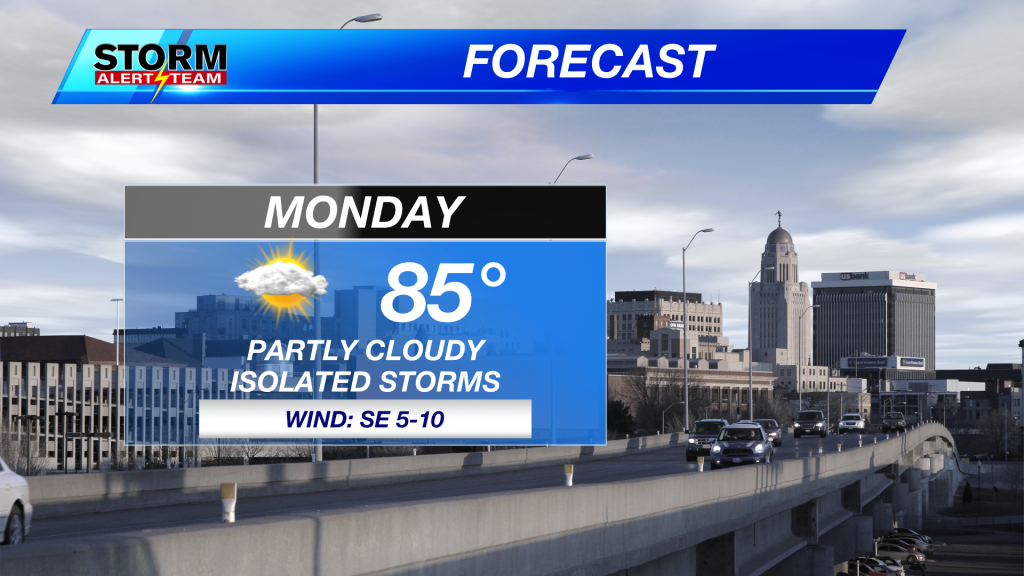 We mentioned early Monday that there is the potential for some scattered storms starting Monday afternoon and lasting into the evening and overnight hours. We’re starting to get a better understanding of how the storms on Monday evening/overnight might unfold.

On Monday evening, a line of thunderstorms should develop and move southward overnight. Right now it appears that Lincoln would see these storms in the ballpark of 3-7 AM Tuesday. Keep in mind that these storms will mainly reside in the eastern half of the state overnight. This means that there will be a “cutoff” point on the western edge of the storms where storms do not occur. 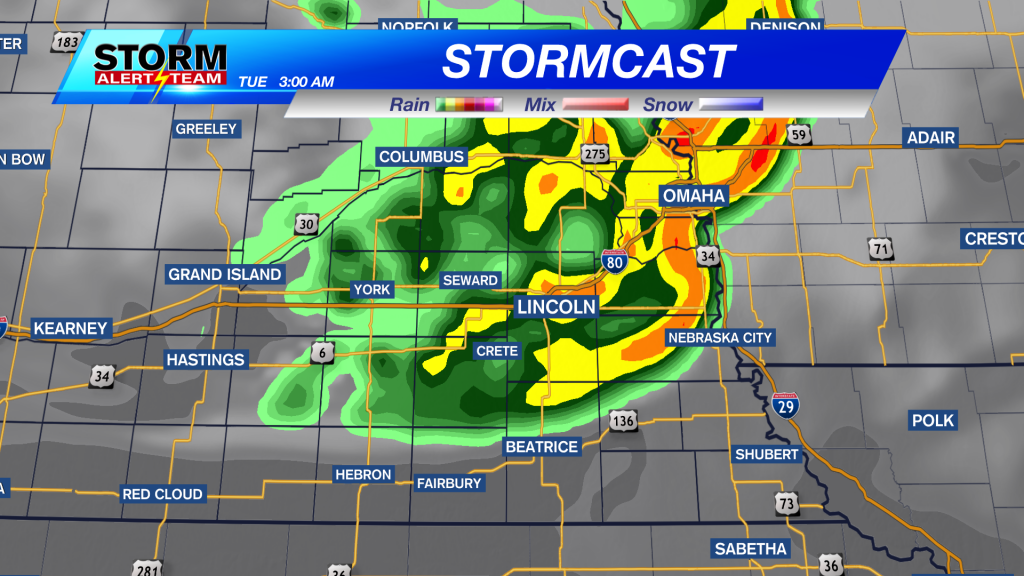 The bottom line is that there is a potential to see some scattered overnight storms, but we still have some time to iron out the details. Some in the Channel 8 viewing area may not see these storms. For those who do see storms, it is possible that a few of the storms may be on the stronger side. The main threats would be damaging winds, hail, and flash flooding, though an isolated tornado won’t be ruled out. 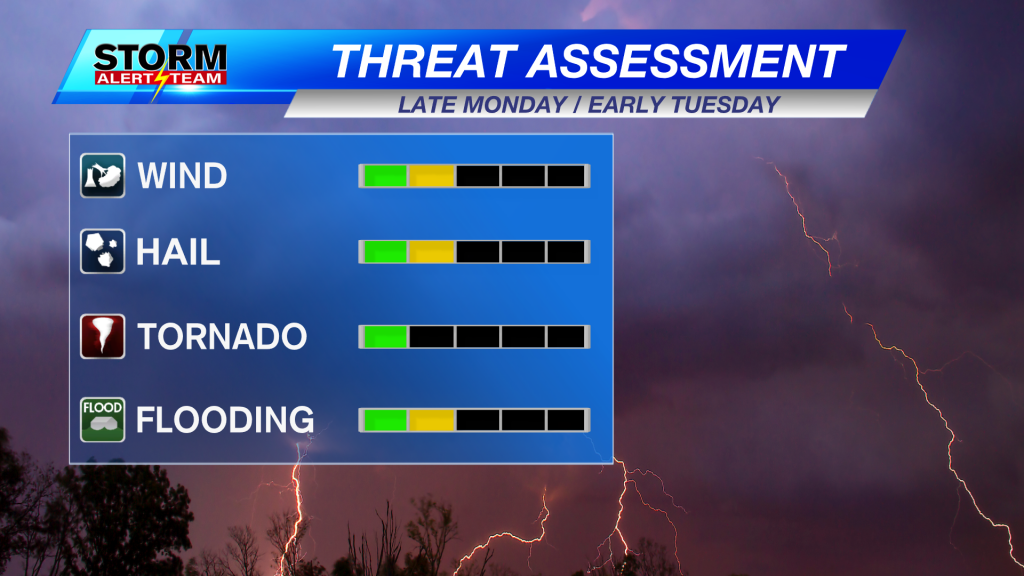 Any scattered storms on Monday evening could easily last into Tuesday morning. We’ll keep rain chances for Tuesday morning, but should remain largely dry by the afternoon and evening. A similar picture for Wednesday – perhaps a morning shower but mostly clear by afternoon.

Our warmest day of the week is on Thursday with highs back in the low-90s. However, another disturbance arrives late Thursday and early Friday which brings our next “best” shot for rain. 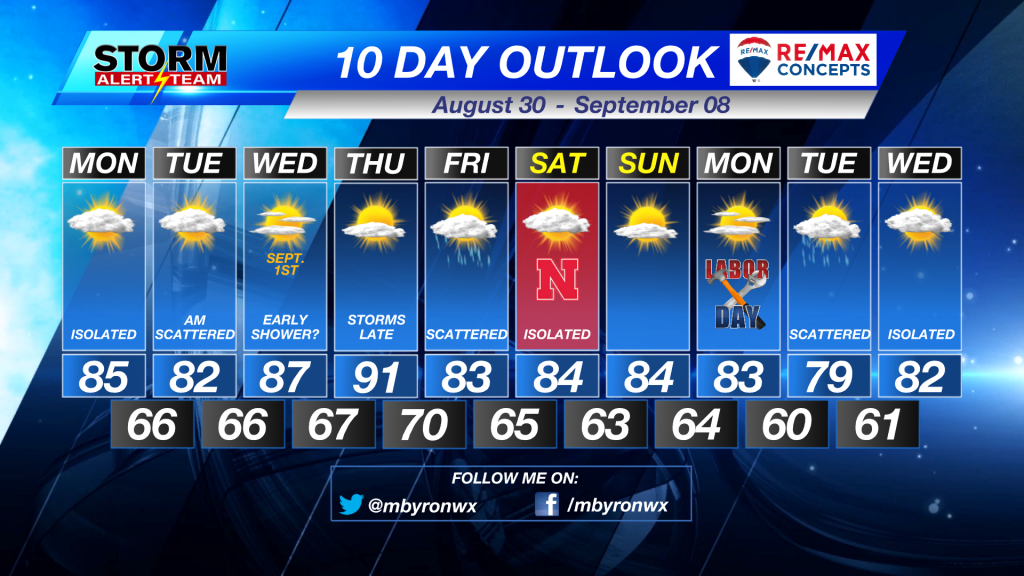