Scattered Tuesday rain, not likely to amount to much

We kicked off the workweek on a warmer note! Temperatures were able to reach 90° in Lincoln on Monday. This was all thanks to a warm front passage on Monday morning which shifted winds out of the south. However, folks farther north were not able to get quite as warm where high temperatures remained in the 80s.

The warm front that pushed through on Monday morning will push back through the area as a cold front on Monday night. While we cannot rule out the chance for a stray shower on Monday evening, your chances of seeing rain are slim. More likely than not, you’ll probably stay dry.

Some clouds will stick around overnight Monday and into Tuesday with low temperatures near 63°. While the better half of the overnight period will be dry, there is a chance to see an isolated shower on Tuesday morning. 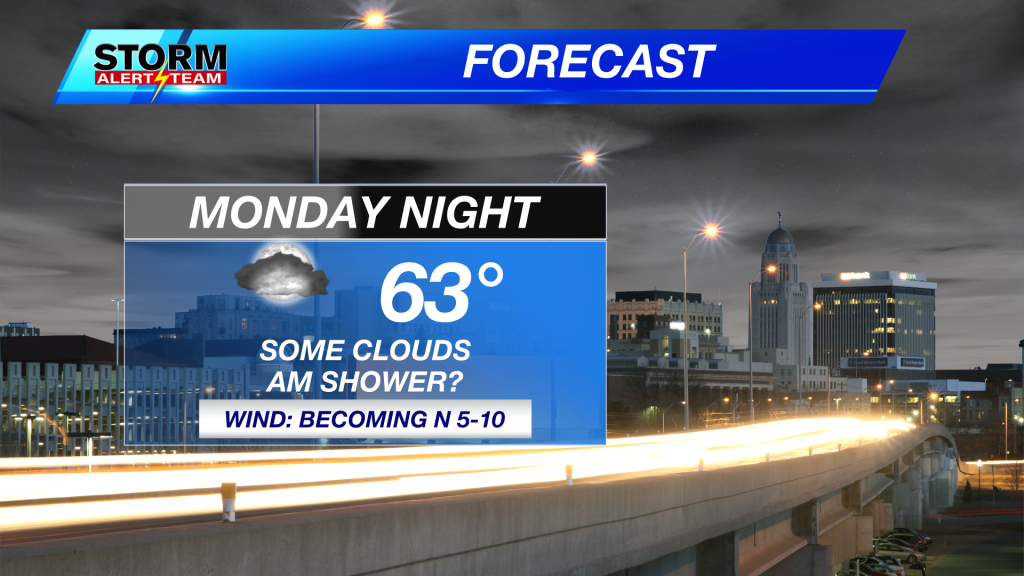 The best chance for rain on Tuesday morning appears to be south of I-80, closer to the state line.

By Tuesday afternoon and evening, an upper-level disturbance brings another round of scattered showers across Nebraska. Aside from the possibility of a scattered shower on Tuesday, we’re partly to mostly cloudy with highs topping out in the 70s. 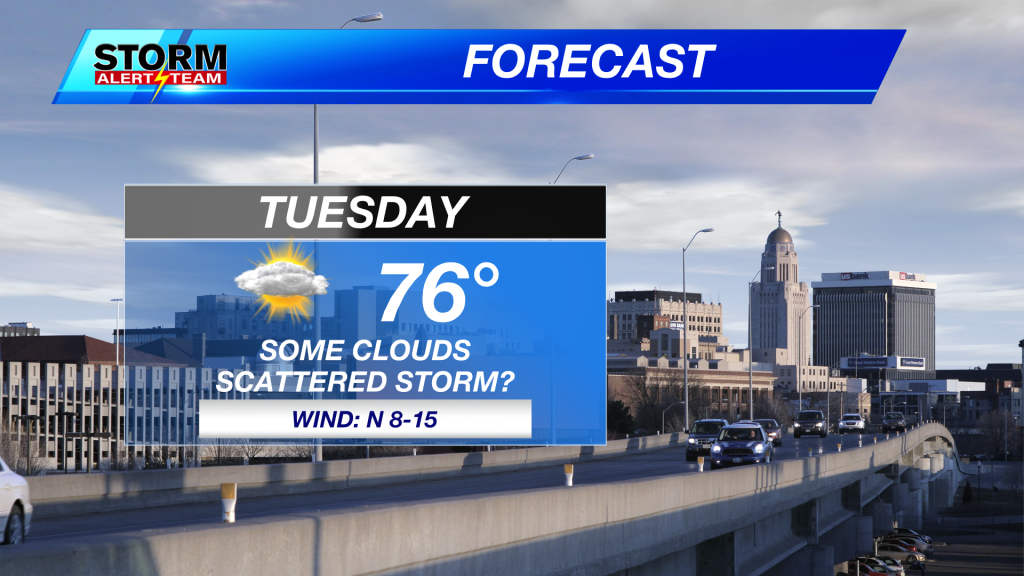 As far as the rainfall potential is concerned, it’s not great. It’s possible that many won’t receive any measurable precipitation. For folks that see rain, it likely won’t amount to much – perhaps a few hundredths, or 0.1-0.2″ if you’re lucky. 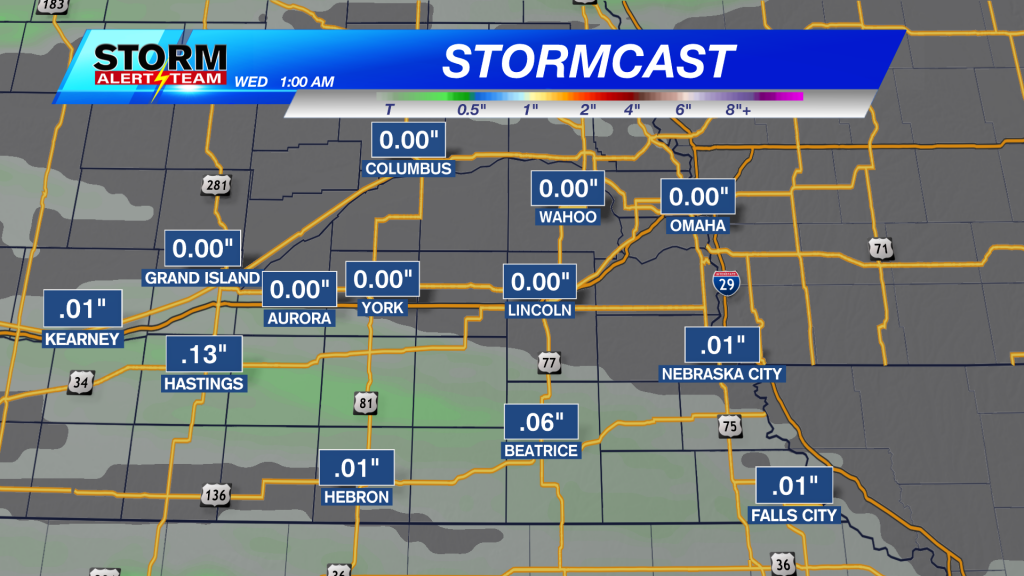 The rain scoots out of the area late Tuesday and into Wednesday. Wednesday remains cool and dry with high temperatures in the low-80s. The cool stretch of days will not last long, as high temperatures soar back into the upper-80s to near 90° by Thursday.