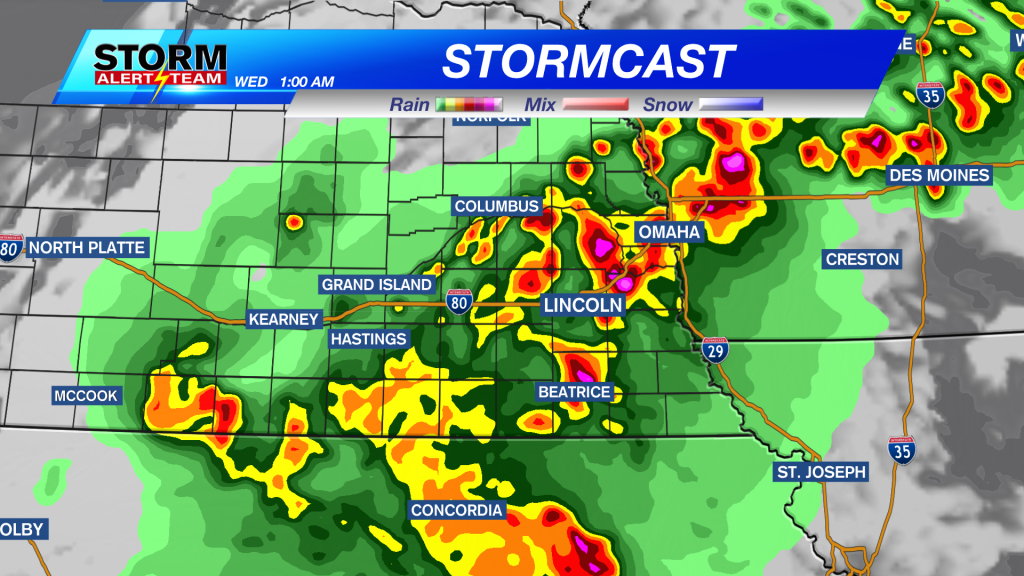 There is a potential for severe weather tonight across much of Nebraska. Storms will start to fire up in the early evening in SW Nebraska and then start to move east during the evening hours.

Timing has the storms moving into central Nebraska around 7-9pm, and into eastern Nebraska shortly after that. Storms that do form have the potential to be severe with large hail, damaging wind, and isolated tornadoes. This will eventually make it out of Nebraska just after midnight.

After the storms move out, clouds will remain through the first half of Wednesday, before the sun comes out in the afternoon. Highs are expected to be near 80 for the high.

Another chance for storms comes our way Thursday evening with highs pushing close to 90 degrees. We then cool off with partly cloudy skies Friday and into the weekend with highs in the 60s and lower 70s.