Since students back on campus, UNL reports over 140 COVID cases 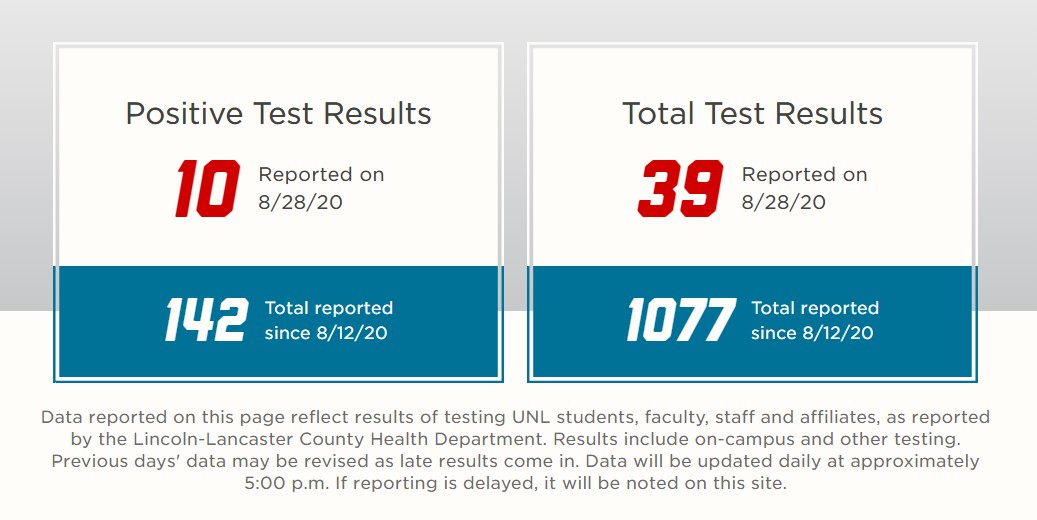 This comes after three on-campus sororities quarantine due to a cluster of cases. These sororities are: