Skies taking on a different look for Mother’s Day

Saturday featured lots of nice weather, with plenty of sunshine and temperatures in the middle to upper-70s.

As of Saturday night, a line of thunderstorms is pushing through the central part of the state. These storms have shown a weakening trend as of 10pm Saturday. This is a trend that will continue into the overnight hours.

Greeley, Ord, and Broken Bow have a decent shot at seeing storm activity. Chances are, this will be non-severe activity by the time it reaches those locations. 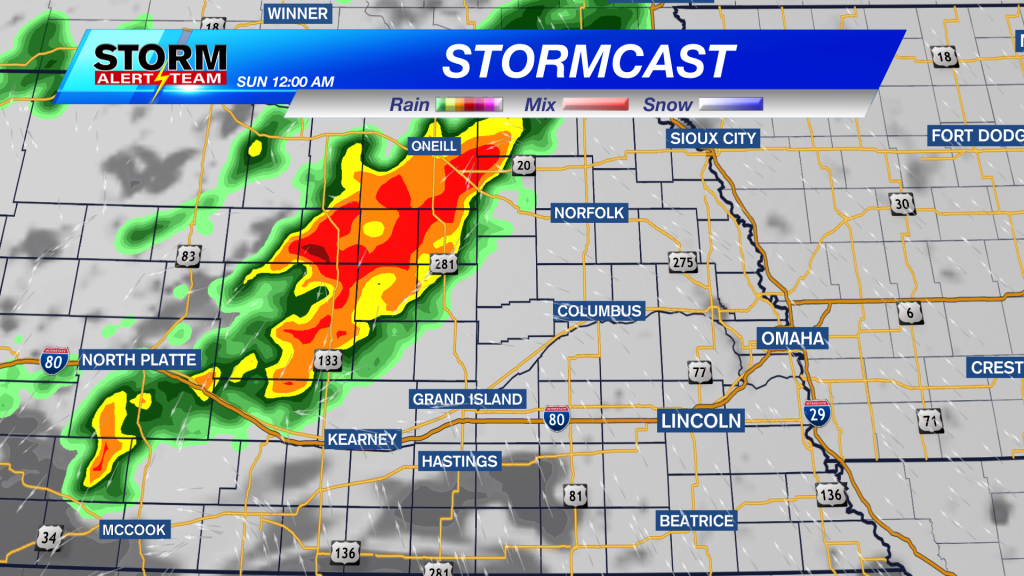 These storms will try to make a run for the Tri-Cities, but they’ll arrive in an even weaker state. By the time they arrive in southeast Nebraska, I suspect that we’ll only be dealing with a broken line of showers. 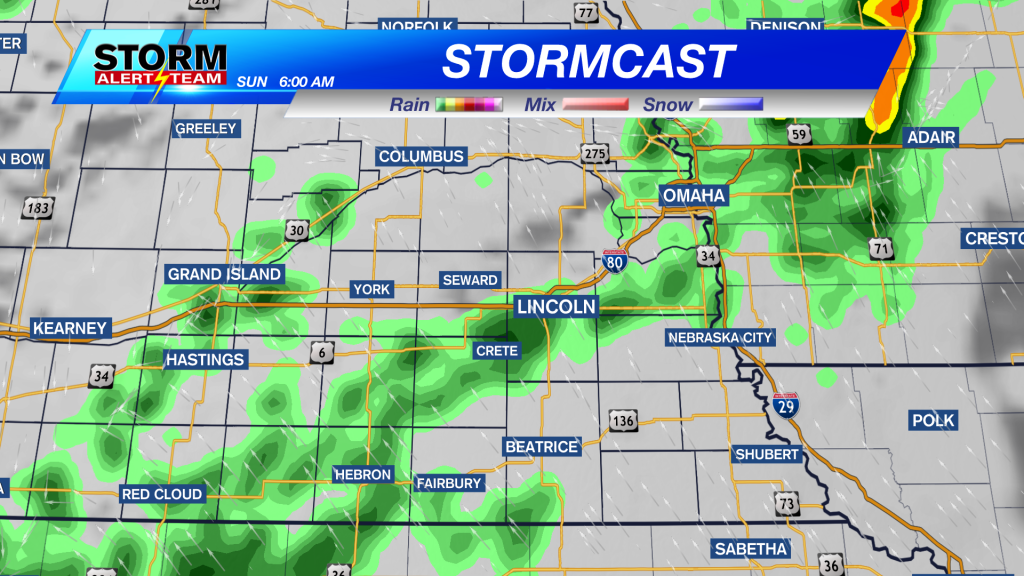 How much rain we see ultimately depends on how well the storms hold together. I believe the more likely scenario is a few light showers producing a few hundredths of an inch of rain in Lincoln. More substantial rain totals are likely for the Tri-Cities and points to the northwest.

As the storms approach, clouds will increase. As a result, we’re forecasting mostly cloudy skies with morning rain possible in Lincoln. Lows should be in the upper-50s. 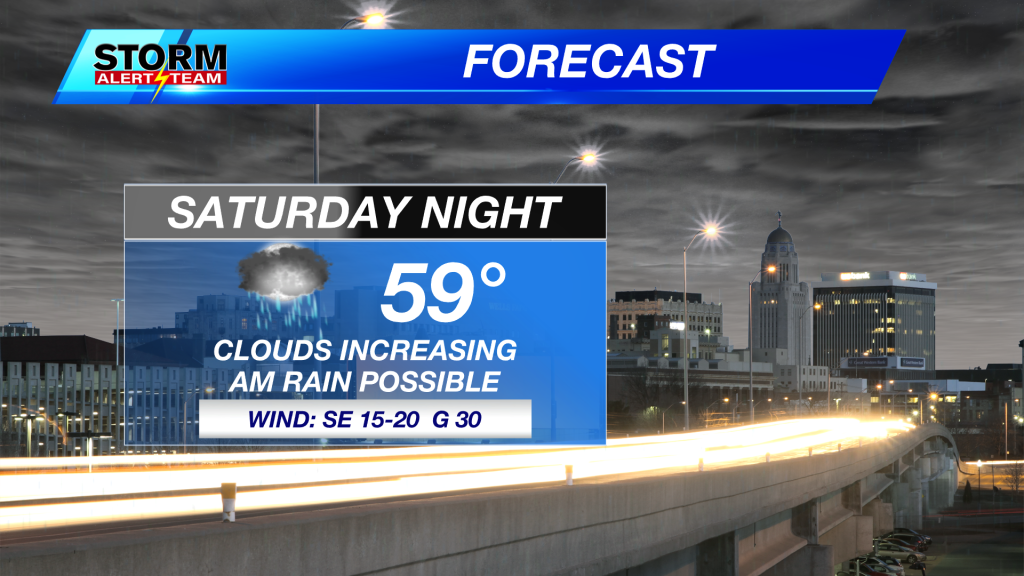 While the best rain chance will be before 9am in Lincoln, we expect to hang onto clouds in the eastern third of the state. As long as cloud cover hangs around, a few spotty showers remain possible into the afternoon and early evening on Mother’s Day. 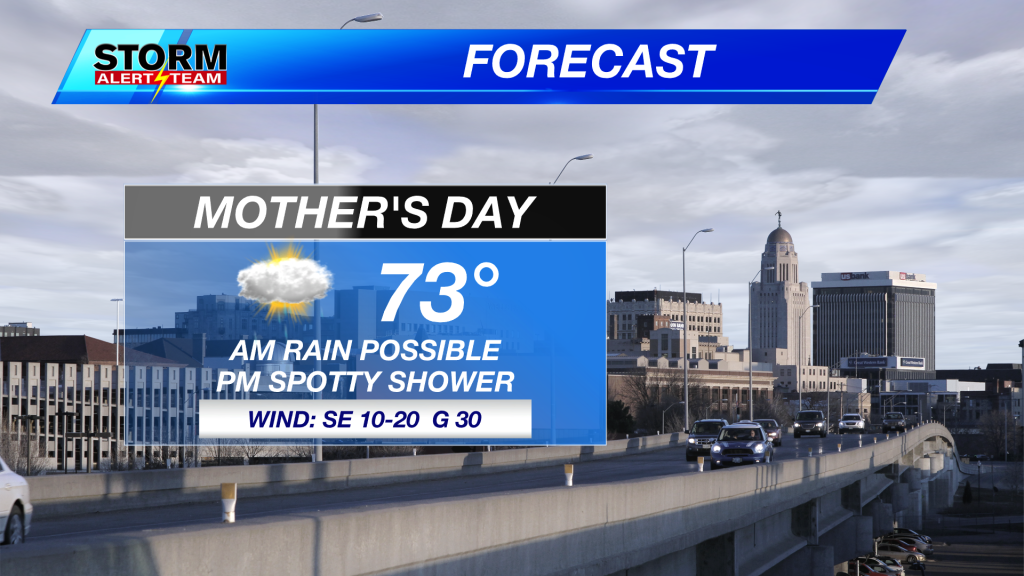 Again, rain chances are the highest in the early morning hours on Mother’s Day.

Skies clear out on Monday and we’ll turn up the heat. We have the chance to reach the 90° mark – and you may notice the humidity too!