Severe storms traversed across central Nebraska on Monday night, bringing gusty winds and large hail along with them. These storms remained west of Lincoln, and mainly north and west or Grand Island and Hastings for that matter.

As the night wears on, these storms will continue to push to the southeast. While Lincoln may be able to see some of the leftover storm/shower activity, the bulk of the heavy rain should remain to the west of Lincoln overnight Monday. 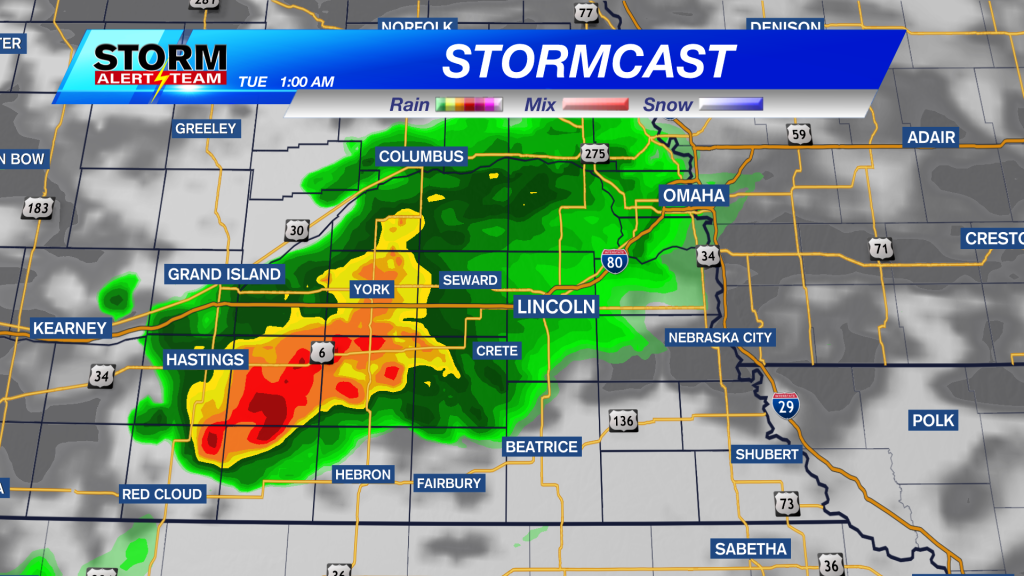 We expect mostly cloudy skies on Monday night with a few showers/storms not out of the question. Low temperatures should be in the lower-60s in Lincoln. 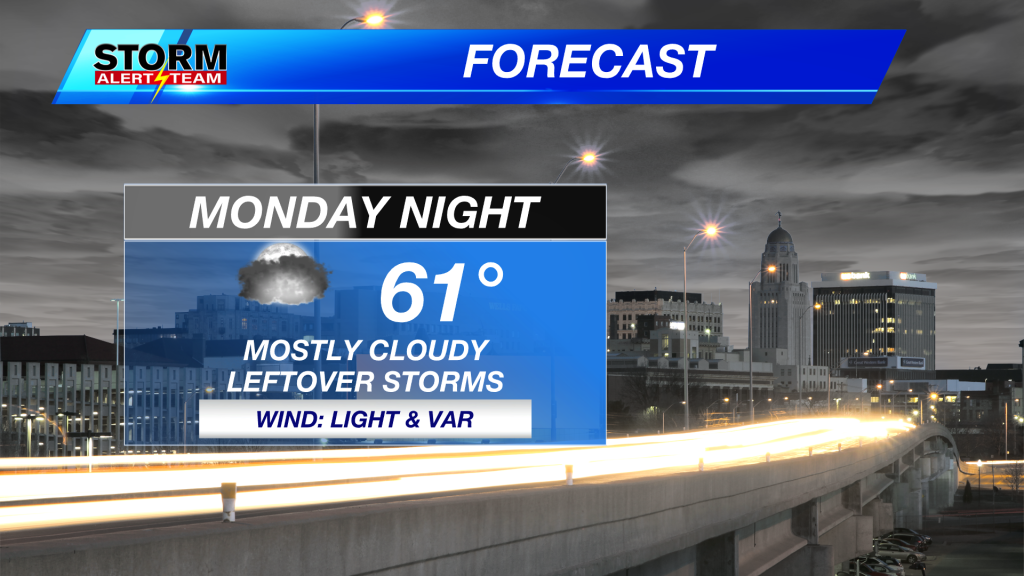 Some scattered morning showers are possible on Tuesday, but those will likely be hit-or-miss. Like over the last several days, the sun may poke out for the afternoon. Highs should be in the lower-80s in Lincoln. By late afternoon and evening, we expect storms to develop in the state. 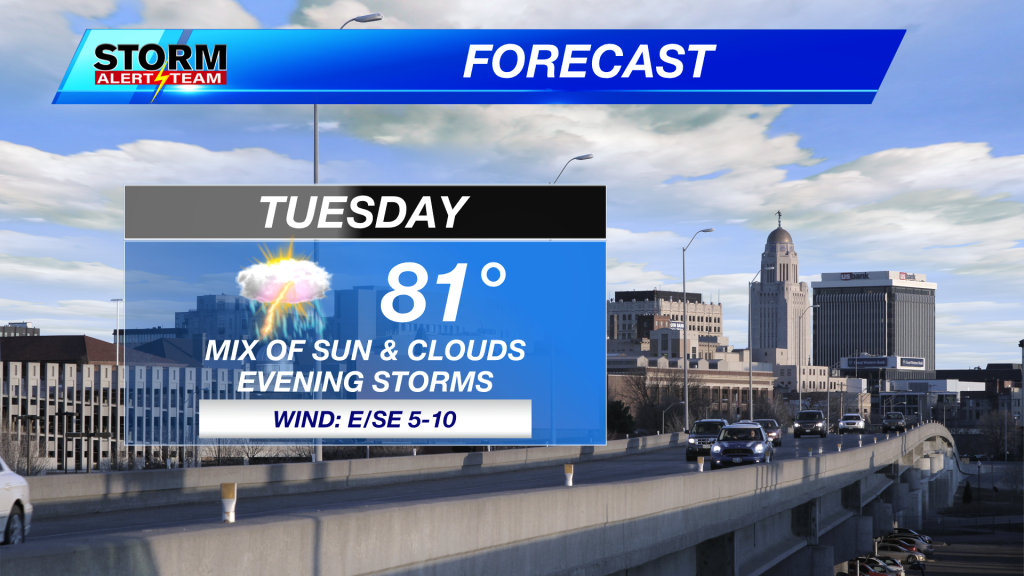 The radar will likely look quite messy on Tuesday evening. Anyone seeing storms will also have the chance to see severe weather. This time, a few severe storms are possible in southeast Nebraska. 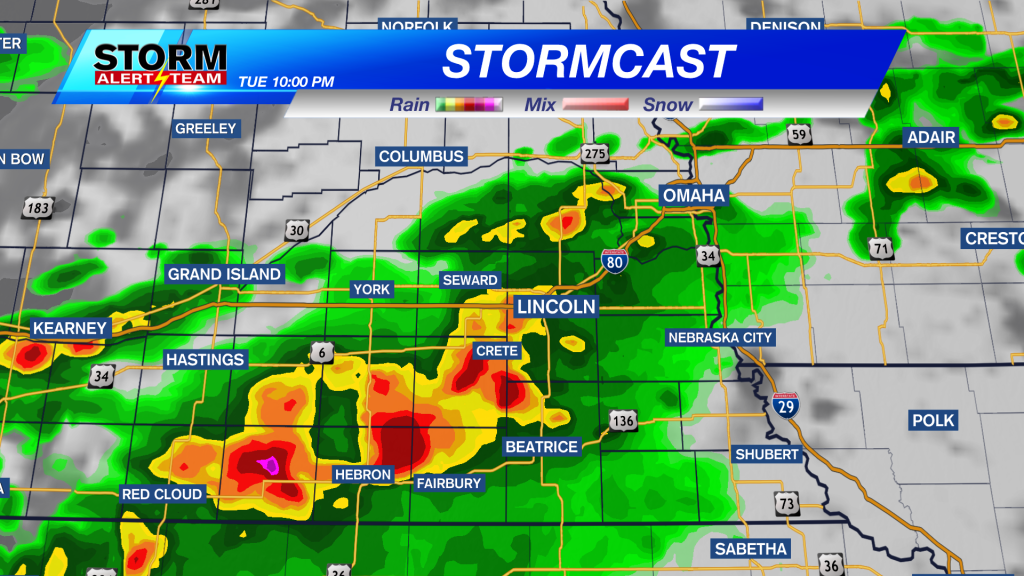 This is a situation we’ll be monitoring carefully over the next day. By Wednesday morning, we do turn drier. We stay dry on Wednesday and for much of the day on Thursday. However, storms become possible once again on Thursday night.