After a morning with some fog and low clouds dominating the sky, much of that burned off by afternoon. While clouds did remain, there were gaps within the cloud coverage on Sunday.

For Uncle Sam Jam, we keep much of the evening dry. A mix of sun and clouds is expected for most of the evening, although skies begin to turn a bit cloudier as storms to the west approach. 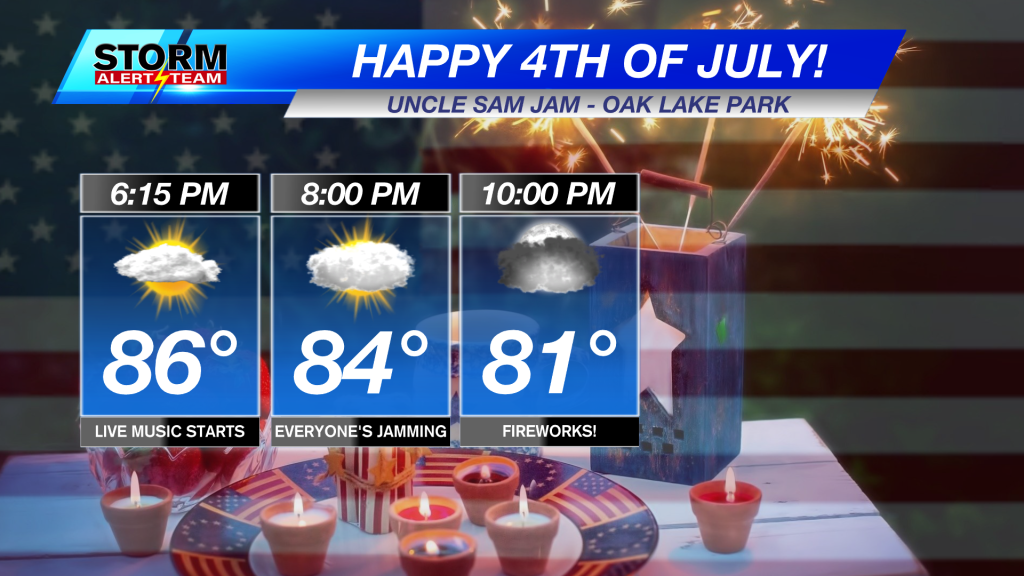 Storms remain west for most of Sunday evening, although we may be dealing with some storms approaching the Tri-Cities before midnight. Things could be a bit dicey in terms of storm activity for any Fourth of July festivities near the Tri-Cities.

There is a “slight” risk for severe weather in central and western Nebraska. Not all of the yellow-shaded areas will see severe weather, but anybody who sees storms in that area may see something on the stronger side. Damaging winds are the main concern, but large hail and an isolated tornado are possible with a few storms. 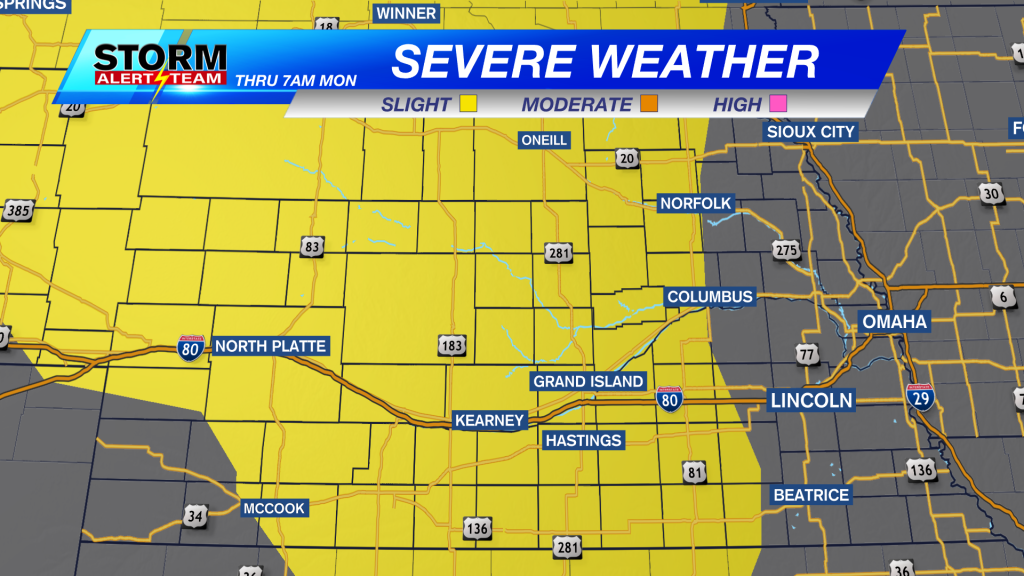 A few versions of Stormcast attempt to sneak a few storms near Hebron/Fairbury on Sunday evening. While there’s an outside chance of that happening, indications point towards Lincoln remaining dry through fireworks time. That said, keep a close eye on the sky in case Mother Nature decides to surprise us.

A better rain chance arrives overnight and early Monday as scattered showers push through eastern Nebraska. Skies should be mostly cloudy into Monday morning, with a low in the middle-70s. 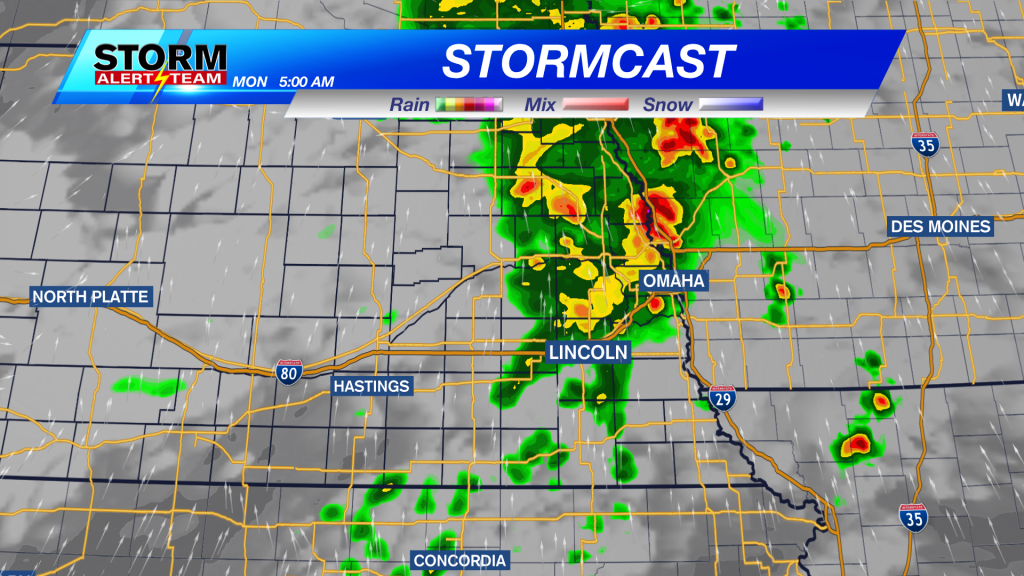 GETTING HOT AND MUGGY

The Fourth of July itself will be hot and muggy, with high temperatures in the upper-90s and lots of humidity. We expect more sunshine on Monday. 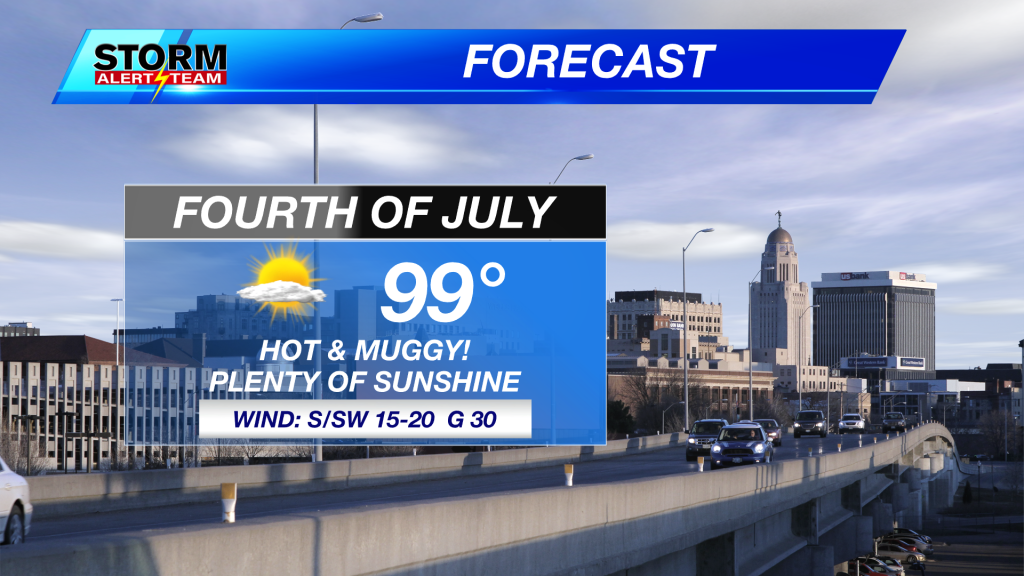 As a result of the intense heat and humidity, Heat Advisories have been posted for all of central and eastern Nebraska. Especially if you have any outdoor plans on the 4th, please make sure to stay plenty hydrated and check in on those more vulnerable to heat-related illness.