Storms possible, but mainly north of Lincoln on Sunday

Lincoln should remain dry overnight Saturday, although skies will be mostly cloudy. It will be a warm and breezy night, with a low in the upper-60s to low-70s. 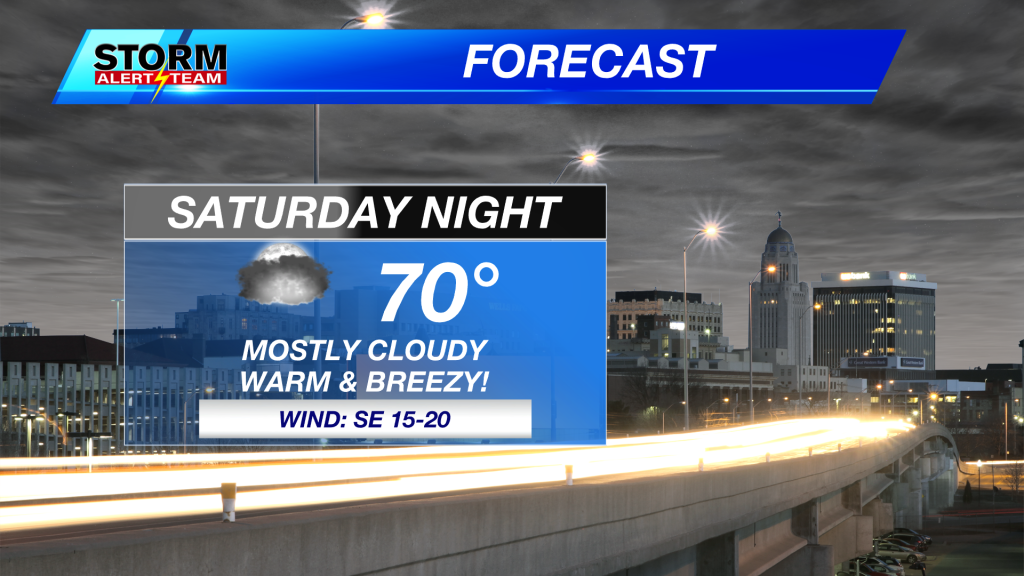 The sky will take on a cloudier appearance on Sunday. Despite the increase in clouds, temperatures will be even warmer on Sunday. We’re forecasting highs in the low to mid-90s across southeast Nebraska. That, in part, is the effect of breezy southerly winds pumping warmer air from the south. 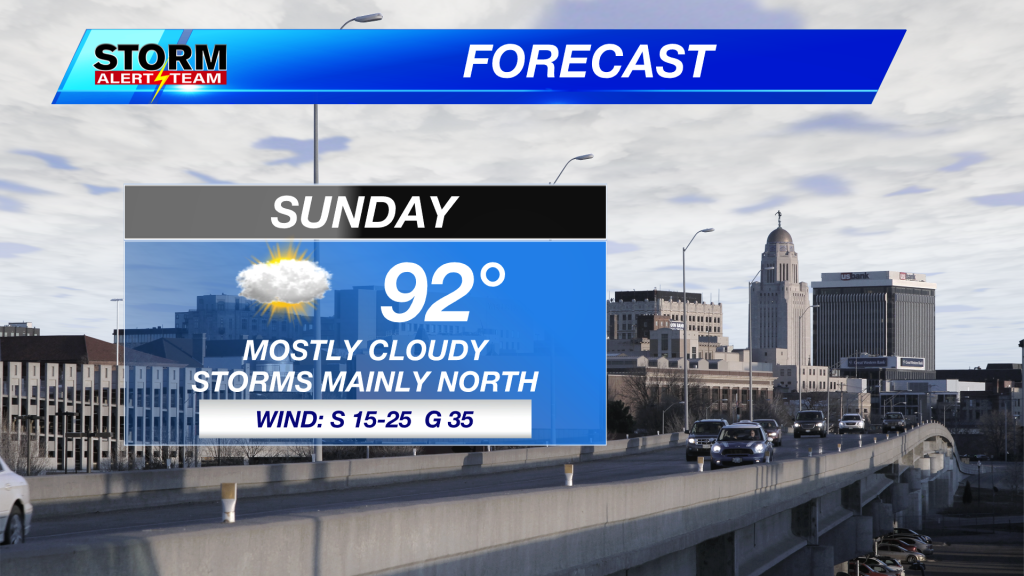 We cannot completely rule out a storm in Lincoln on Sunday, but the overall odds are lower compared to our friends to the north. There is a storm chance for some on Sunday, but the best chance should be mainly north of the I-80 corridor. After about 3 p.m. Sunday, we may see a few scattered storms cropping up on radar to the northwest of Lincoln. 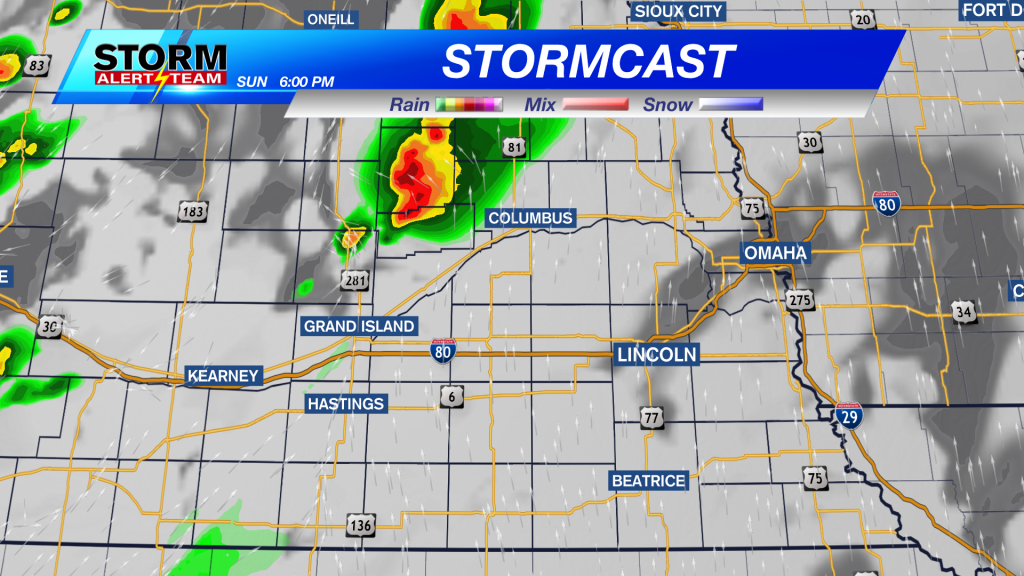 Some of these could be on the stronger side. Damaging winds, large hail, and isolated tornadoes are not out of the question. The Storm Prediction Center has placed much of eastern Nebraska under a “slight” risk for severe weather on Sunday. However, the best chance for severe storms will be in the orange hatched area – which is mainly north and west of Lincoln. 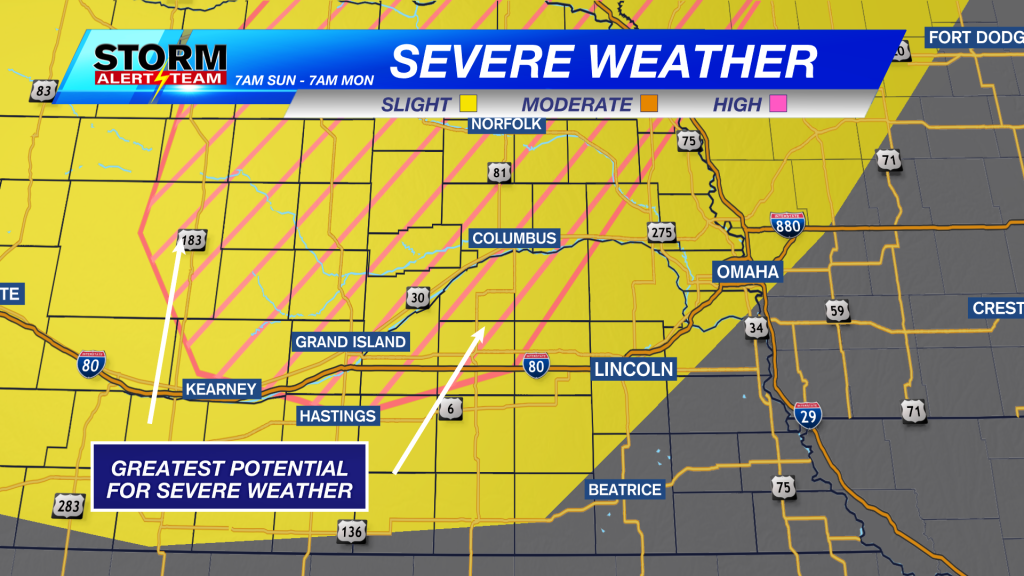 However, Lincoln has a better opportunity to see storms on Memorial Day as a cold front passes. That will be something we’re watching closely. Behind that front, a cooler air mass arrives for Tuesday.