UPDATE 11:05 P.M. WEDNESDAY:  A line of thunderstorms is beginning to develop from Ainsworth to near Stapleton. The line is projected to move east, then turn southeast and move in to southeast Nebraska during the early morning (pre-dawn) hours.  Damaging wind is main threat, however, brief heavy downpours and small hail is also a possibility. 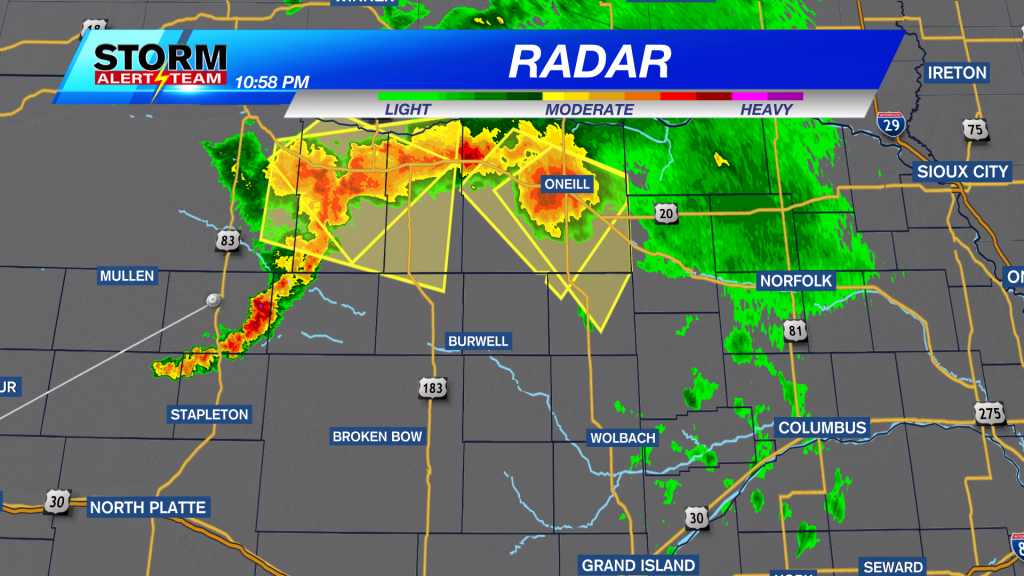 I am bracketing the hours between 2 a.m. and 4 a.m. for storms to arrive in the Lincoln/Lancaster County area.

In anticipation of the storms, the Storm Prediction Center has issued a Severe Thunderstorm Watch for portions of Nebraska.  The watch is in effect until 5 a.m. Thursday.  – Chief Meteorologist John Dissauer 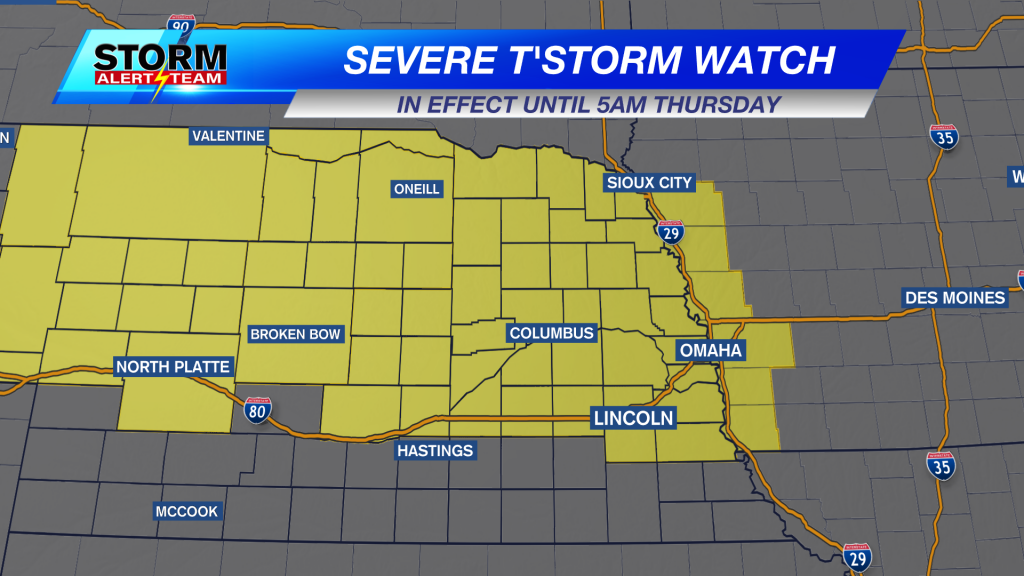 ORIGINAL STORY 4:44 P.M. WEDNESDAY:  The Storm Prediction Center has put much of central and eastern Nebraska under a slight risk for severe weather Wednesday evening. The highlighted region does include the Tri-Cities and Lincoln. 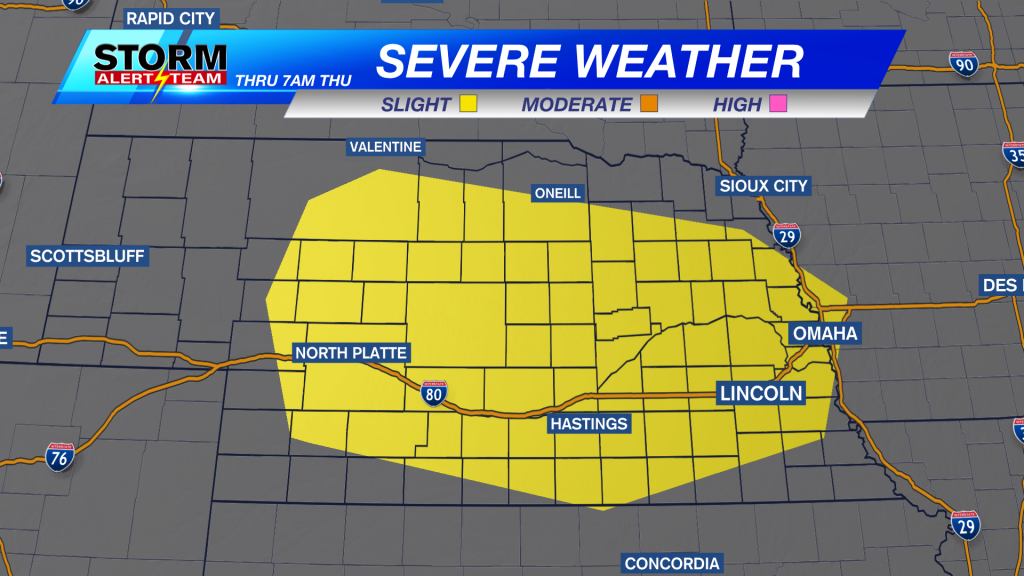 A Severe Thunderstorm Warning has been issued for some of our northwestern counties until 11PM Wednesday. This watch includes the cities of Broken Bow, Ainsworth, Springview, Spencer, and O’Neill. This is the first watch of the evening, and it possible that future watches may be needed farther to the east at some point later Wednesday night. 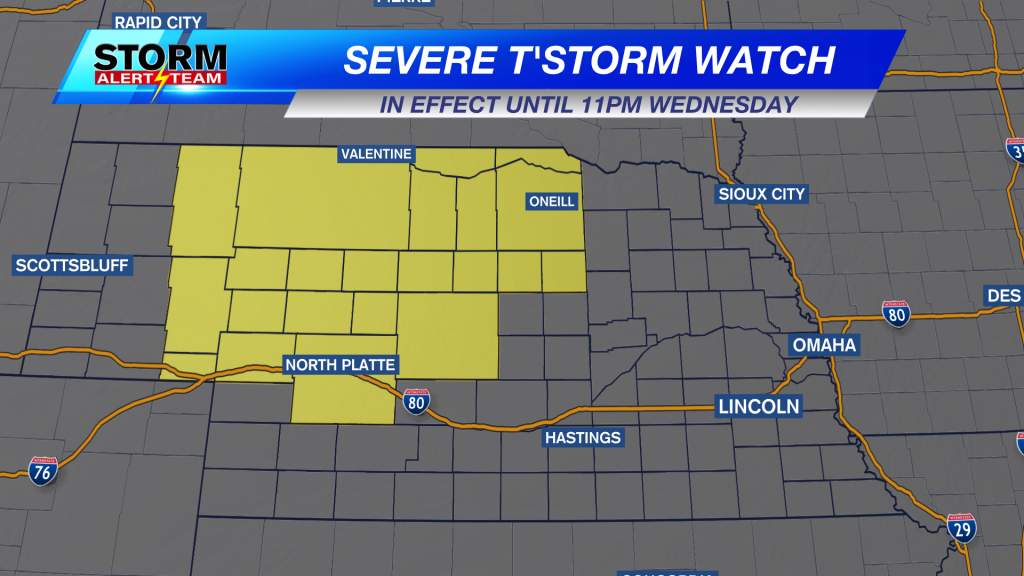 Any storms that develop will do so over the Panhandle region and move eastward. By Wednesday evening, there should be some scattered showers and storms in the northwestern portion of the state. These storms will eventually travel east and southeastward, approaching the Tri-Cities in the 10PM-1AM timeframe and Lincoln in the ballpark of 1AM-4AM.

By the time the storms make it to Lincoln, many hours will have already passed since sunset. The lack of daytime heating should contribute to an overall weakening of the storms, but a few isolated strong to severe storms cannot be ruled out. 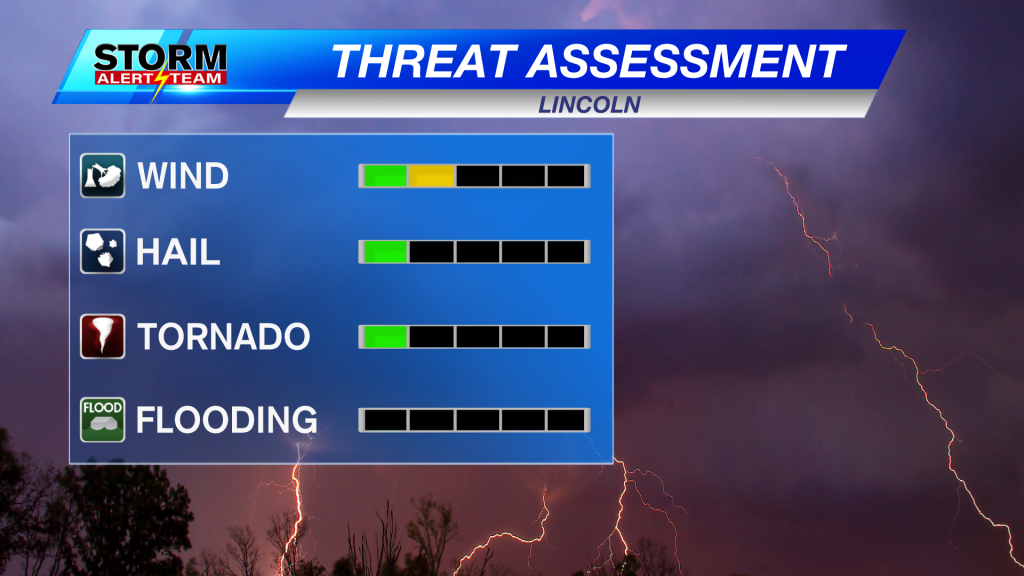 The challenging aspect of the forecast is exactly how these storms will materialize. As of this afternoon (around 4:30PM), some showers and storms are popping up in northwest Nebraska. Unfortunately, pinpointing exactly how Wednesday night’s storms unfold requires knowledge of how these storms initially develop. This is something that models handle terribly! If these storms are a bit slower to develop, the severe weather potential may be more limited.

What we do know is that storms are developing in the Panhandle as of this afternoon, which is a sign that storms could continue to grow through the evening and perhaps congeal into a larger complex of storms that’d pose a greater severe weather hazard. Time will tell where these storms exactly pop up and if these storms can work together to organize into a greater severe weather threat.

Either way, it’s a good idea to stay weather-aware! 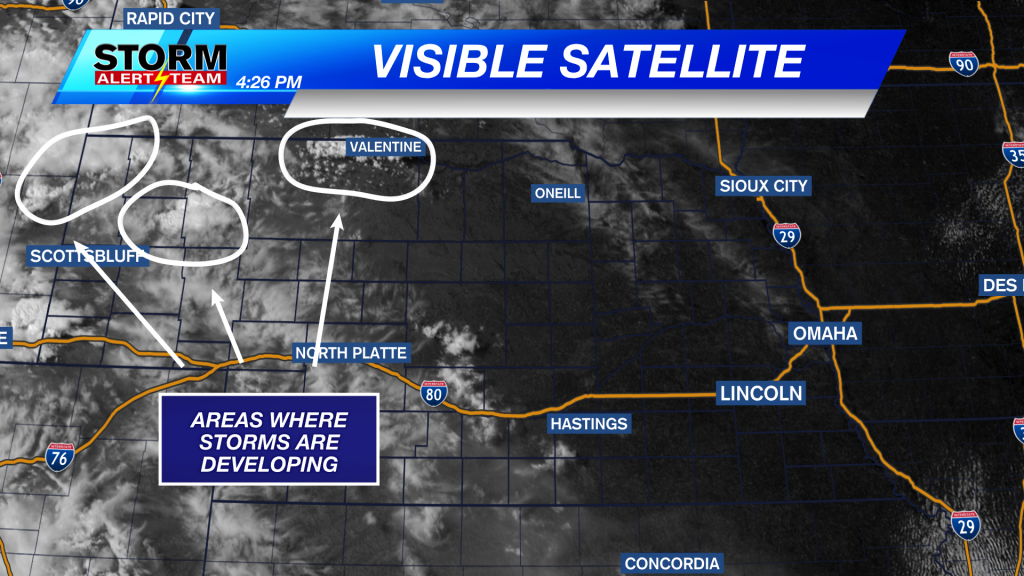