Thursday evening’s storms have since pushed eastward and are approaching the central part of the state as of late Thursday night. As they approach central Nebraska, the primary severe weather threat is shifting towards damaging wind gusts. That said, these storms are on a weakening trend as they continue their eastward trek. Nevertheless, we won’t rule out the chance for gusty winds and some hail overnight Thursday

High-resolution computer model guidance suggests that most storm activity late Thursday and into Friday will reside north of I-80. We won’t rule out an overnight or early morning storm for the Tri-Cities. 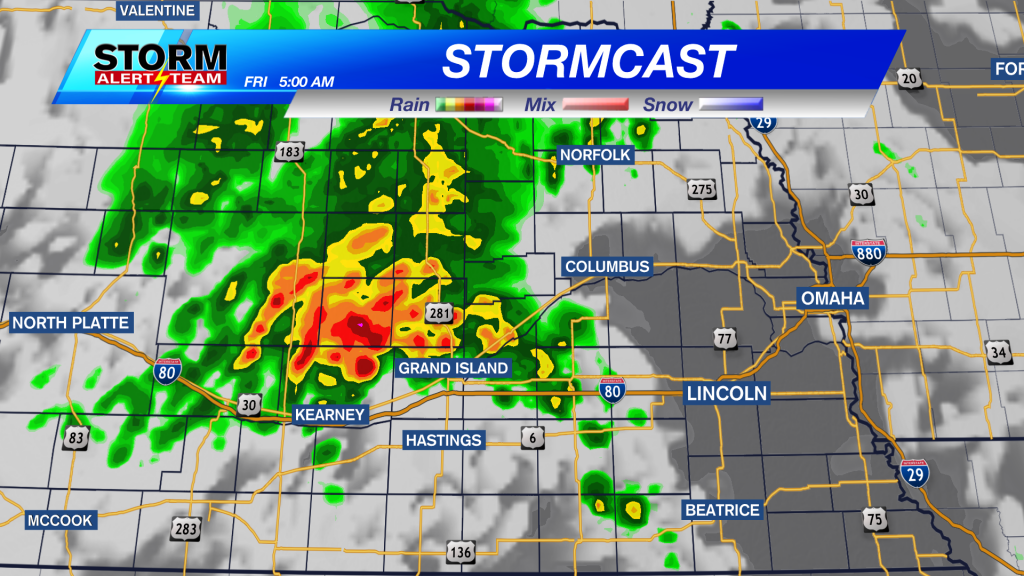 We may see a few scattered storms in and around the Lincoln area by the mid-morning hours on Friday. Otherwise, Lincoln will remain mostly dry overnight Thursday with lows by Friday morning near 72°. 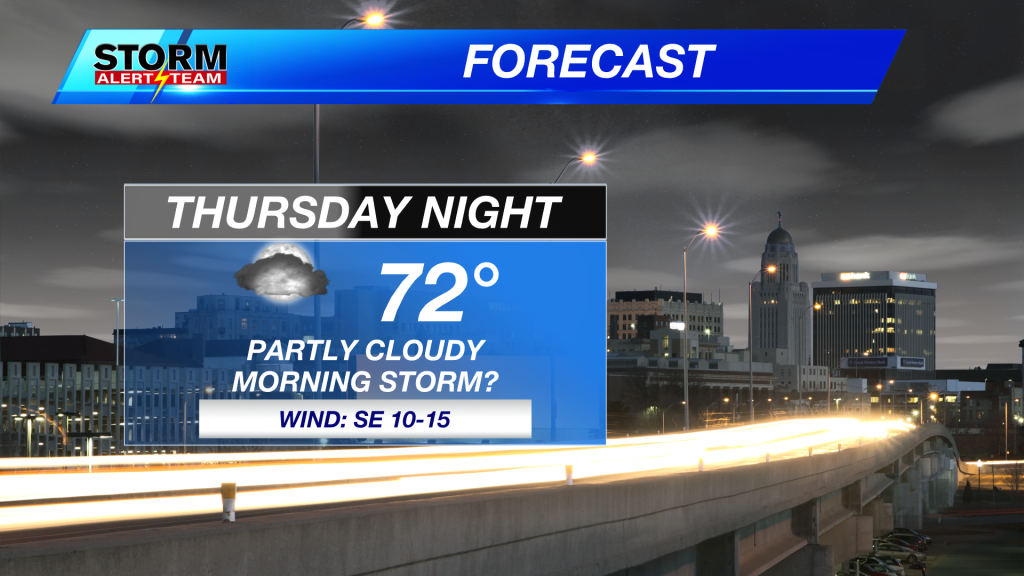 However, storms do not go away after Friday morning. By Friday afternoon, a cold front will approach and we’re watching the potential for storms to fire along this boundary.

The big question is: Will the storms fire along the front before it arrives in Lincoln? If not, then Lincoln may see nothing in terms of storm activity. This version of Stormcast shows storms developing right over Lincoln and Beatrice on Friday. 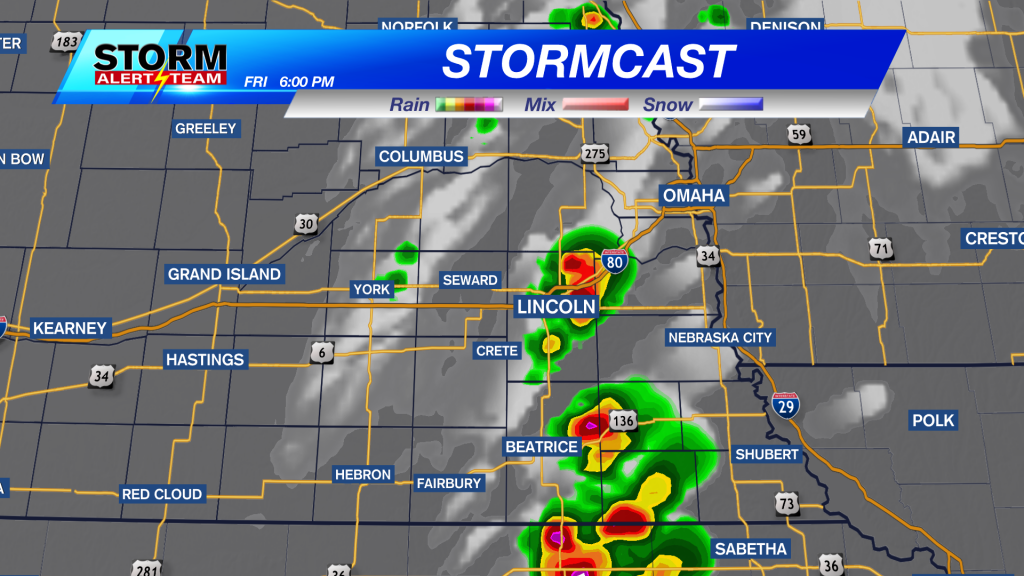 We’re going to err on the side of caution and make you aware of the possibility of storms. Any storms that do develop on Friday afternoon will have the potential to produce gusty winds and large hail. We also cannot rule out the chance of an isolated tornado. Just know that there is a legitimate possibility that storms may develop too late for Lincoln to see any rain from them.

Otherwise, Friday appears partly cloudy for much of the daytime hours. We’re forecasting a high of 90° at this time – but if morning cloud cover and rain can stick around long enough, then the high may actually be lower. 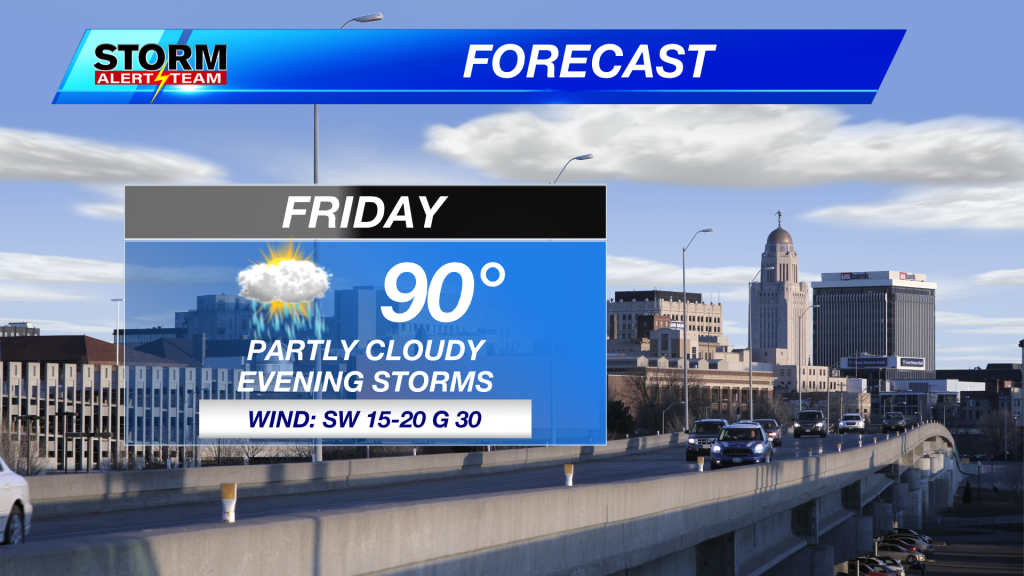 Once the front clears on Friday night, that will set the stage for a dry, cooler, and less humid Saturday. However, the relief from the humidity will be short-lived as it makes a resurgence starting Sunday.