Summer is still holding on strong

Tuesday was a scorcher across Southeast Nebraska! High temperatures managed to make it up into the upper-90s and even low 100s for some. The humidity made things feel even worse, with heat indices approaching 107-108° on Tuesday afternoon.

While southeast Nebraska remained mostly clear on Tuesday, there were some isolated storms to the north of Lincoln. For the rest of Tuesday evening, these showers should remain farther to the north.

Closer to midnight, various runs of Stormcast indicate the potential for some scattered storm activity making a run towards Southeast Nebraska. I cannot rule out a few of these storms overnight and early Wednesday morning. Know that there is not a guarantee that you will receive rain in your backyard – these storms are scattered in nature after all. 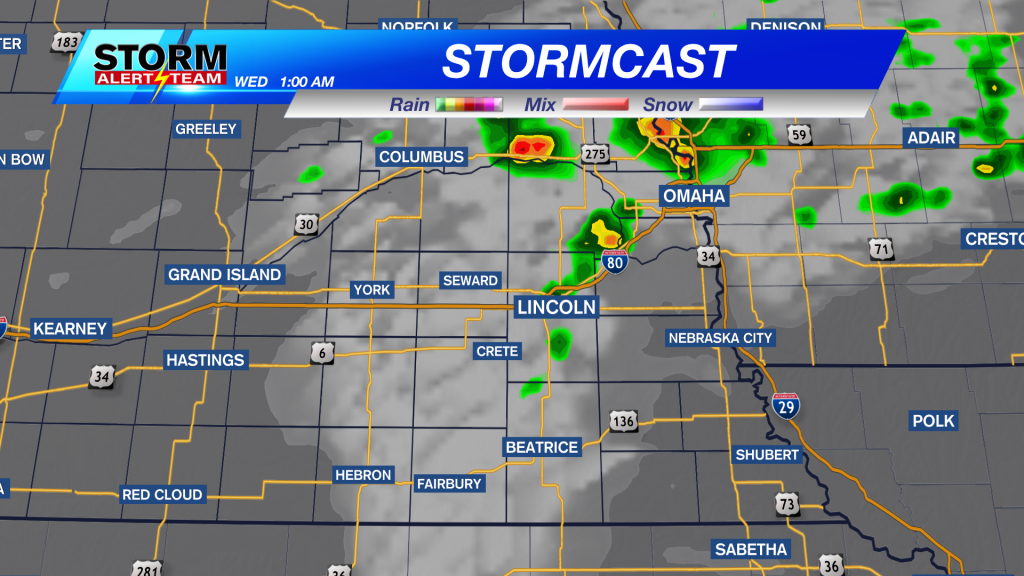 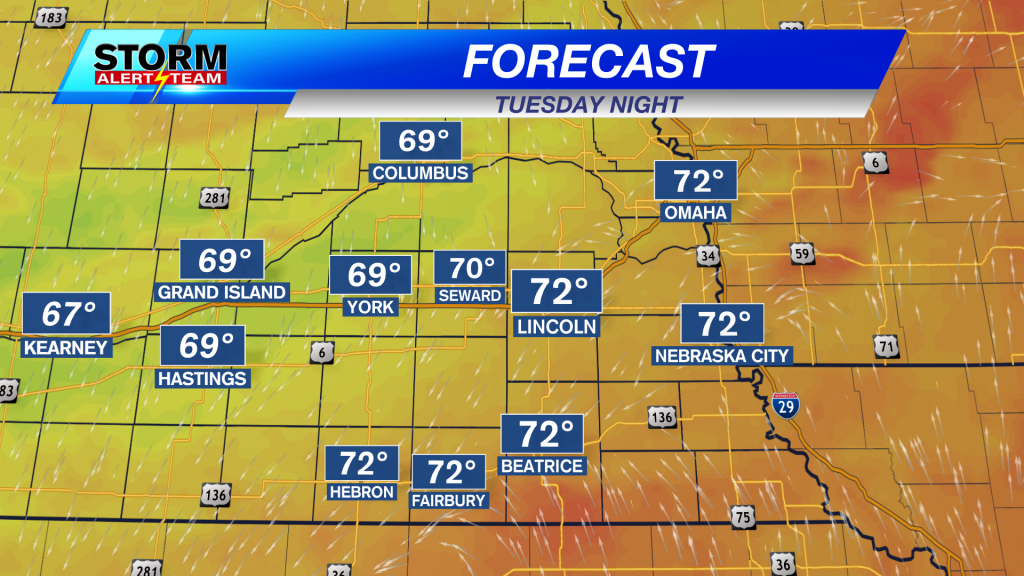 Scattered showers will likely be hanging around in Southeast Nebraska through Wednesday morning and perhaps even into the early afternoon. Again, these storms should be scattered in nature. Skies should become mostly clear by the afternoon. Wednesday is another warm day – but not quite as hot. Highs should top out in the mid-90s for Lincoln, near 94°. 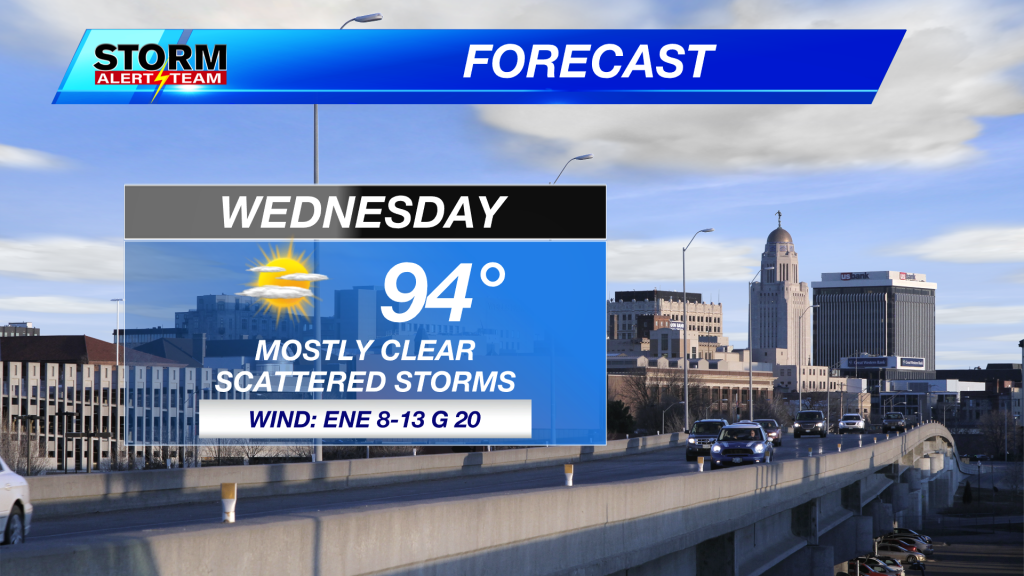 The heat and humidity will stick around throughout the rest of the workweek with highs staying in the 90s and humidity running rampant. Our next storm system appears to arrive sometime on Sunday. Thus, Sunday features our next “best” rain chance and potential for a cool down.