The pleasant conditions on Sunday afternoon were warmer than normal with light winds and a lot of sunshine. Hopefully, you had time to get outside and enjoy it! Compared to high temperatures on Saturday in the 30s, the entire state saw warmer weather on Sunday. In southeastern Nebraska, some of those high temperatures were nearing 20° warmer than Saturday.

Even some of the northwestern portions of the state, the ones experiencing negative low temperatures or single digits in the mornings lately, were able to see temperatures in the lower 50s. That is where high temperatures for most of us climbed to by the afternoon. 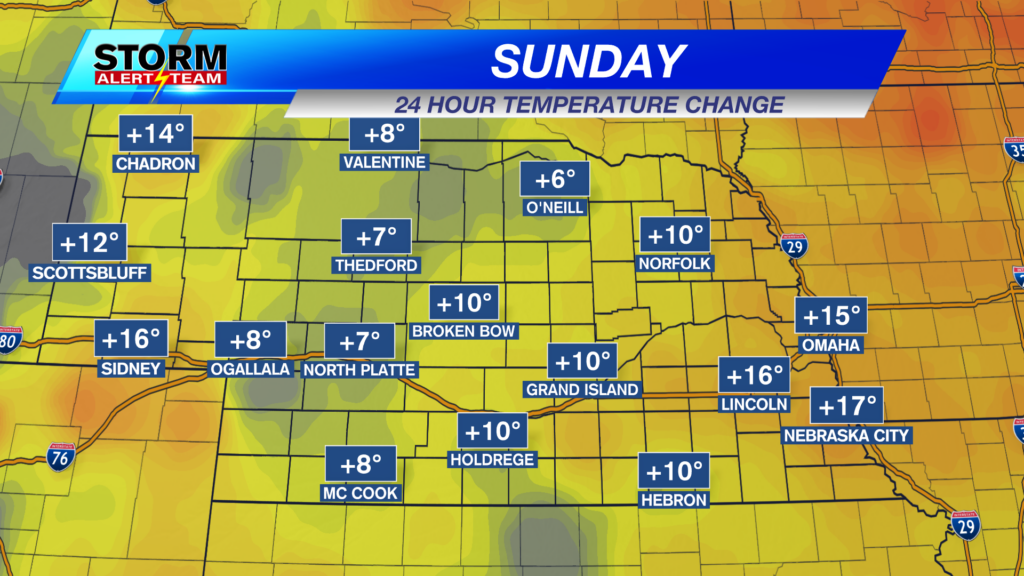 Partly cloudy skies are anticipated once again Sunday into Monday with temperatures dropping off quickly after sunset. Overnight lows are going to drop into the mid to upper 20s to start the week, warmer than the past couple of nights in the teens. 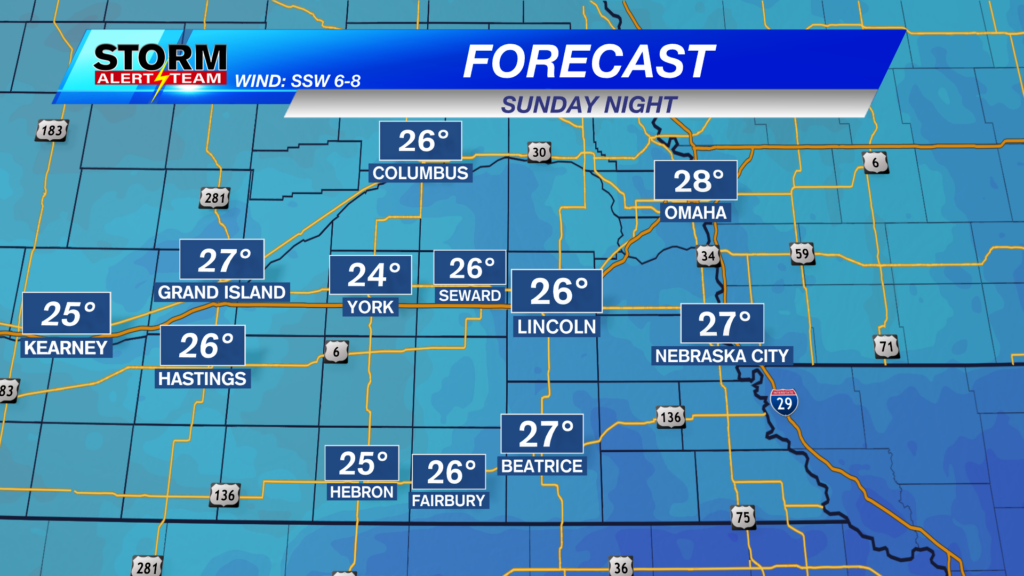 This next week is going to be dry at first before a system brings the chance for some rain and snow late Wednesday into Thursday. Right now, amounts look to be on the lighter end and not have much of an impact on your morning commute. But for now, temperatures will be near normal going into Wednesday with a mix of sunshine and clouds. 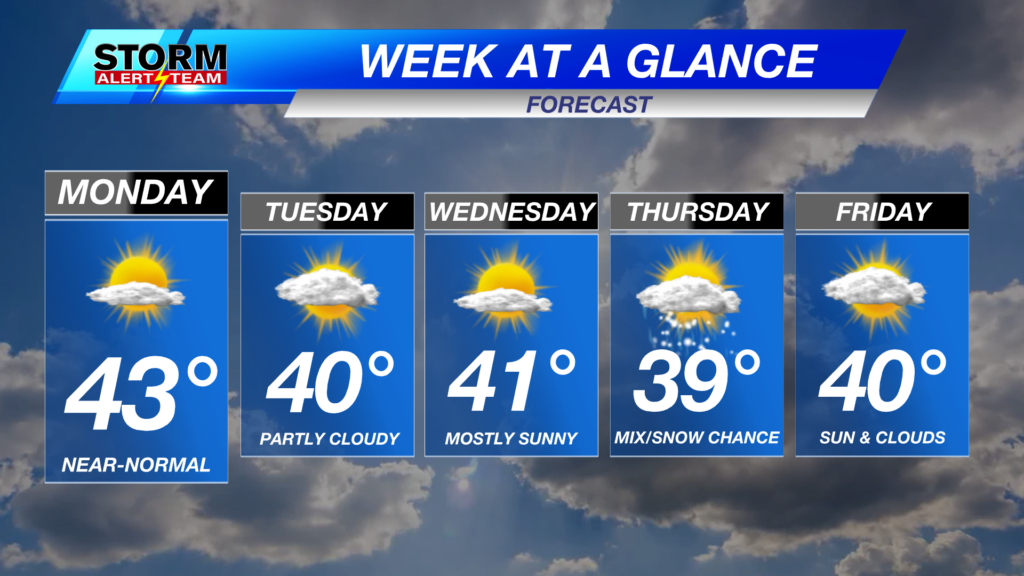